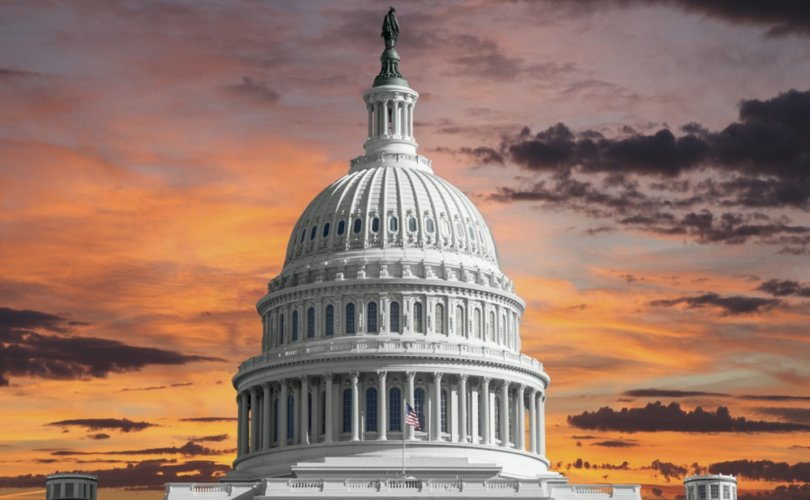 Why the double standard? Unlike Washington, Muhammad not only owned slaves but also engaged in slave trading on a large scale. Why go easy on him? Do people give Muhammad a pass out of respect for religion?

Probably not. “Woke” vandals have torn down statues of Christian figures, including the Virgin Mary, and only a few seem to mind. Muhammad is given special treatment not out of reverence for religion, but out of fear. You don’t have to be a scholar of Islam to know that criticism of Muhammad can have serious consequences.

The truth is, intimidation works. Much of the spread of Islam in the West is due to the fear factor. People are afraid to resist Islamization because they fear being thought Islamophobic (and possibly losing their jobs), but also out of fear plain and simple. The fearful impulse that prompts passersby to give Muhammad a wide berth, is the same impulse that guarantees that Islam’s influence over our society will only increase.

The fear factor seems to have been built into Islam right from the start — not just fear of Allah, but fear of Muslim warriors. As Muhammad advised his followers, “I shall cast terror into the hearts of the infidels. Strike off their heads, strike off the very tips of their fingers” (Koran 8: 12).

Some recent scholars and politicians have interpreted this to mean that Islam is a religion of peace. Others say that it’s just a typical example of Arab exaggeration. Over the centuries, however, more prudent people, took Islamic injunctions in the literal sense. When they were given the choice to “convert or die,” they didn’t have to think twice about the meaning of those words.

Many people who have entered Islam have entered it out of fear. Likewise, many fear to leave it. Yusuf al-Qaradawi, one of Sunni Islam’s most respected leaders, has said: “If they [Muslims] had gotten rid of the punishment for apostasy, Islam would not exist today.” In case you didn’t know, the usual punishment for apostasy is death, and in most cases that’s enough incentive to stay the course.

Having not yet evolved beyond the fear of dying, people can still be scared into submission by the prospect of sudden death. That’s what terrorism is all about. Take the commuter train bombings in Madrid, Spain in March, 2004. The coordinated bombings which resulted in 191 deaths and 1,800 injuries were timed to take place just before the general election. Up until that point, the ruling Popular Party which was allied with America in Iraq was leading by a substantial margin in the polls. On election day, however, appeasement-minded voters turned the government over to the Socialist Workers Party, which had pledged to take Spanish troops out of Iraq.

Lesson learned? Terrorism works. At least it works in a society that is already half-subdued by demographic decline, welfare dependence, and the imperial demands of the European Union.

We tend to think that America is not that kind of society. We are, after all, the original “don’t tread on me” nation: attack America, and expect speedy retaliation. But in recent months, American cities have been subject to a pummeling which has left them black and blue and tread all-over.

The marauders were not Islamic terrorists, but left-wing true believers inspired by a violent Marxist gospel. They attacked police, looted stores, burned down buildings, destroyed statues, vandalized churches and synagogues, and demanded the virtual abolishment of the American Republic.

They were met with very little resistance from the American establishment. Instead, they were showered with signs of sympathy and solidarity (and not a little cash) by state governors, big-city mayors, city councils, members of Congress, corporate executives, educators, and editors. Even broad-shouldered football stars kneeled in obedience to the new order of things.

Like the passersby interviewed by Ami Horowitz, the elite showed little concern for the tearing down of statues. Columbus? Jefferson? Washington? As House Speaker Nancy Pelosi remarked, “I don’t care that much about statues.”

But, one suspects, she, along with the rest, would have shuddered at the thought of tearing down a statue of Muhammad. Of course, there’s no need to worry about that, since Islamic law prohibits depictions of Muhammad. It’s only a hypothetical question. But if there were such a thing as a Muhammad statue, it seems safe to hypothesize that both the leftist mobs and the left-leaning elites would treat it with deference.

Why? Once again, the answer is fear. Leftism and Islam share many ideological similarities. For example, both incorporate terror into their modus operandi. Each understands that the other means business. Consequently, leftists and Islamists show each other a certain respect, and they often work together toward the same goals. Although many churches and synagogues were vandalized during the riots, mosques were left alone.

Leftists and Islamists aren’t immune from fear, but they are better at keeping their fear in check because both have a cause to believe in. It’s a different story with many in the establishment. They don’t believe in anything beyond status and personal comfort. The idea of risking one’s life in a cause is quite alien to them. They don’t see any point in fighting for intangibles such as freedom of religion and freedom of speech. As long as the mob leaves them in peace, they are willing to appease it.

In short, they are cowards. But no one wants to admit to being one. As Albert Camus observed, “Those who lack the courage will always find a philosophy to justify it.”

What has happened in America is that fear of the mob has been transformed into a virtue. “Whoever said anything about fear,” says the television anchor, the CEO, the archbishop, and the football player, “We just want to sig…er, show our commitment to diversity, our concern for black lives, and our dedication to social justice.”

Nevertheless, at the bottom of all the virtue signaling is the fear of being on the wrong side of the mob — not just the mob in the streets, but the media mob, the academic mob, and the corporate mob.

It’s not the insurrection itself, but the cowardice in the face of it that may spell the end of America. Our situation is, in some respects, reminiscent of the one that Spaniards faced in 2004. A national election was coming up, the popular party led in the polls, then, suddenly, terrorists cast fear into the hearts of the people and to appease the terrorists, the people voted in the left-leaning Socialist Workers Party.

Substitute “left-wing mob” for “terrorists” and “Democratic Party” for “Socialist Workers Party” and you have an eerily similar set up. Just as the train bombings in Madrid were intended to affect the outcome of an election, so too are today’s violent protests in America.

What happened in Spain in 2004 wouldn’t have happened in America in that year. But after 16 more years of hate-your-nation education, safe-space universities and Big Nanny government, America has become a much softer and less resilient culture. As Mark Steyn has observed, the downside of the soft cushioned safety-net culture is that, “by relieving the individual of the need to have ‘private virtues,’ you’ll ensure that they wither away to the edges of society.” One of those withering virtues is, of course, courage. And when it comes to cultural survival, there is no government program or technical solution that can substitute for it.

One can talk about one’s virtuous commitment to this, that, and the other thing. But as C.S. Lewis pointed out, “Courage is not simply one of the virtues, but the form of every virtue at the testing point.” When courage fails, all the other virtues fail.