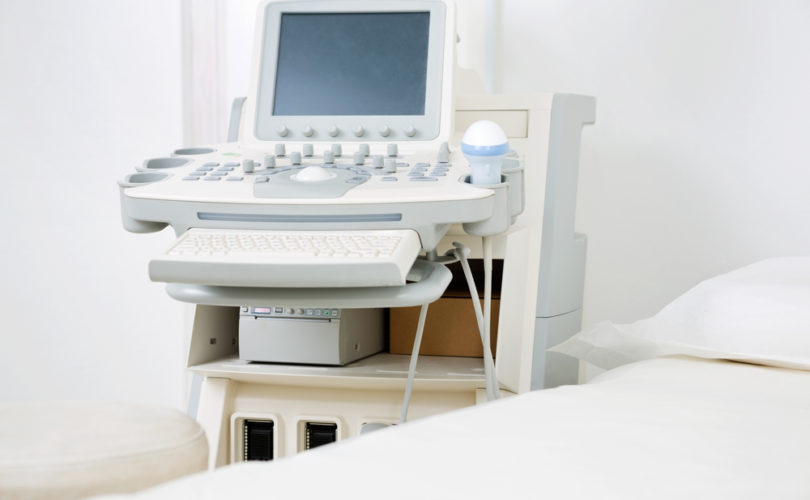 Marh 23, 2015 (PregnancyHelpNews.com) — Full disclosure, ever since the minute I found out about NARAL Pro Choice America’s ‘new’ ‘report’ two weeks ago today, I’ve done my best to avoid it.

Not out of fear, mind you. Something more along the lines of self-preservation. In short, I’ve tried and tried to turn away any time this report has been mentioned, to avoid going down the rabbit hole that I knew awaited me.

But, finally, my inbox was hit by one too many Google Alerts, trumpeting a charge from an accompanying state-level report by NARAL Pro Choice California. I could resist no longer.

The charge? “Crisis Pregnancy Center Tells Woman Her IUD Was A Baby.”

Here’s the charge in its original form—which includes, notice, an unchallenged reference to an unborn child as a “baby”—in NARAL Pro Choice California’s “Unmasking Fake Clinics: An Investigation into California’s Crisis Pregnancy Centers.”

For example, every CPC strongly insisted our investigator have an ultrasound. In one case when she agreed to an ultrasound, the CPC worker pointed to her IUD and told her it was “her baby.”

Naturally, every reporter worth her salt was all over this story the minute it dropped, with Jezebel, Refinery29, Salon, New York Magazine, ThinkProgress, RH Reality Check, Daily Beast, Blue Nation Review and Huffington Post clogging newsfeeds and Google Alerts the internet over.

There it is. The smoking gun, finally proving the oft-repeated, never demonstrated allegation that pregnancy centers—“insidious” and “dangerous” according to NARAL’s national report—lie to women.

Just one thing is missing from these online homogenous recitations: Which Center Was It?

After all, wasn’t that the first question you asked yourself when you read the charges?

But, for all the “reporting” and regurgitating of this allegation, neither NARAL nor any other “reporters” ever mention the offending center by name. In fact, the California state level report’s only citation is to its national report—a circular citation to boot—which makes no mention of the alleged incident.

It’s anybody’s guess at this point as to the state this alleged incident even took place, let alone the city and precise location. Hardly what an investigative report usually turns up.

Meanwhile, while the world is supposedly left wondering which organization it was who mistook an IUD for a baby.

And… down the rabbit hole we go.

Compare this curious case of NARAL’s vague finger-pointing to an article on NPR.org titled, “A History Of Human Fingers Found in Fast Food.”

In each of these cases, a diner made a charge that he or she had found part of a human finger in their fast food meal. In each case, a specific location was named—Arby’s on N. West Avenue in Jackson, Mich., Arby’s—yikes!—in Tipp City, Ohio, etc.

You see, it’s not fast food places in general who get the blame—or even Arby’s per se—it’s a specific location. It’s Colonel Mustard in the Library with the Rope.

At least, that’s what happens when a claim has a shred of truth to it.

Keep in mind that, despite its penchant for the litigious—especially since it can leverage taxpayers to pay its legal fees—NARAL has shown up spouting similar allegations and been embarrassed in court time and time again when it brings charges against pregnancy help organizations.

In other words, if what NARAL charges is true, you’d expect to read about it in a judge’s summary of guilt, not Big Abortion’s self-constructed online echo chamber.

But there’s a reason NARAL has kept this allegation intentionally vague: It’s more advantageous to them to paint in broad strokes than to tell the truth.

Think about it, just the mention of human fingers in fast food is going to keep you from hitting any drive-thru this week. Is that fair to McDonald’s?

Of course not, but if your intent is to get someone to stop eating fast food altogether, a little vagueness goes a long way.

It follows, then, that NARAL’s point in making this vague, unsubstantiated claim is to do nothing other than scare women away from pregnancy help organizations. The irony is, the use of “scare tactics” is the very mud NARAL slings at these non-profit agencies, whose sole purpose is to empower a woman with love, options and support in the midst of an unexpected pregnancy.

If NARAL had done a little more digging—or if self-purported journalists had done some of their own—they would have found that, as NIFLA’s National Nurse Manager Consultant Audrey Stout RN, RDMS pointed out, “a person doing an ultrasound is only collecting information—only a physician can confirm a diagnosis.”

Kevin Rooker RT(R), RDMS, RVT, who has worked in the field of ultrasonography for more than 30 years and now heads Sonography Consultants, pointed out the standard process of a physician confirming an ultrasound as well.

“For the life of me, I don’t see how that could happen, especially if it’s being reviewed by a medical director,” Rooker said. “Nothing is impossible, of course, but that’s about as close to it as you can get.”