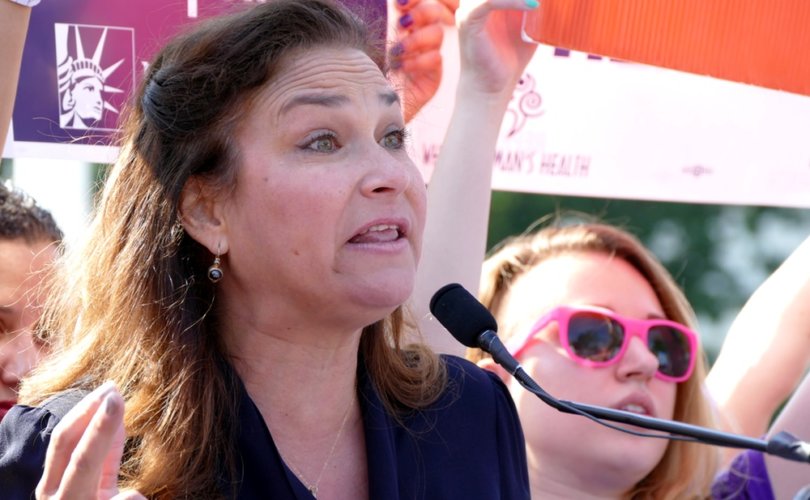 Unveiled less than a month ahead of oral arguments in National Institute of Family and Life Advocates (NIFLA) v. Becerra – a Supreme Court case challenging NARAL's crowning legislative achievement to date – the site is a treasure trove of unfounded claims and senseless vitriol NARAL has conjured up over the past two decades.

Funny enough, the site uses the word “fake” over 150 times, but fails to show even one instance where women have been misled or dissatisfied by a pregnancy center.

Because NARAL and others within the multimillion dollar, government-funded abortion industry have never been able to produce the slightest shred of evidence to back up their incessant claims that pregnancy help centers do anything but help women for free, there's zero to learn in terms of “new” information from the site.

But, since I canceled my cable subscription – and the Olympics are over – I've had a little extra time to spend the past couple of evenings. I read EndTheLies.com so you don't have to. You can thank me later.

The “Real Women's Stories” Page is a Ghost Town.

In what NARAL clearly intends to be the heart and soul of its new home for pixelated libel, EndTheLies.com's “Real Women's Stories” page includes just three pre-loaded entries almost a full week after it went online.

The rest is tumbleweeds.

Two of the “stories” are arguments from abortionists, including one who used a pseudonym. The third is an aspiring Silicon Valley tech wizard identified as “Lauren,” who complains thusly: “I literally just googled, 'pregnancy help' and a pregnancy help center was the first result…”

Perhaps we've been giving the abortion lobby a bit too much credit when it comes to their perceived mastery of the inter-webs. After all, pro-life pregnancy centers are kicking Planned Parenthood and other abortionists' tail when it comes to reaching women online.

Try as they might, abortion fans at NARAL still can't find even one woman who feels she was mistreated by a pregnancy center. Think that's an exaggeration? Consider a major court case NARAL recently lost in Baltimore because after seven years and nearly 1,300 pages of documents, it couldn't produce a single witness who was anything but thrilled with the help she received at a pro-life pregnancy center.

In contrast, it's not nearly as difficult to prove the opposite.

Though NARAL would like to think it's out to “End The Lies,” it's really only out to end pregnancy centers that save lives. There's a story in there somewhere, just don't count on NARAL to tell it.