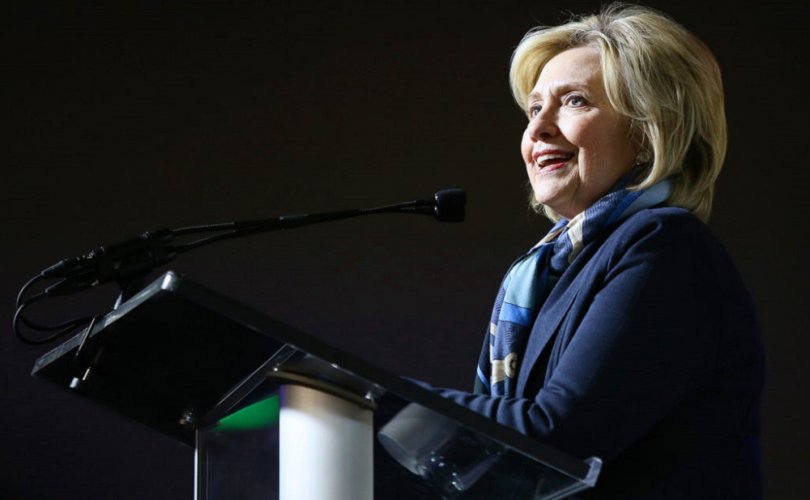 January 30, 2020 (American Thinker) — According to Real Clear Politics, in spite of the economy and everything else going well in the United States of America, almost every current national poll has President Trump trailing a hypothetical Democrat opponent. Whether Biden; Sanders; Warren; or even Buttigieg, Bloomberg, or Klobuchar, President Trump trails them all in nearly every poll. As of this writing, the latest general election national poll by CNN, IBD/TIPP, Emerson, Fox News, Quinnipiac, and SurveyUSA has President Trump behind almost every possible Democrat candidate.

In 32 different matchups from the six polling agencies previously mentioned, President Trump leads in only two scenarios. The latest IBD/TIPP national poll has Trump beating Warren 47% to 46%, and the latest Emerson poll has Trump beating Buttigieg 51% to 49%. According to these polls, even Democrats who have since dropped out of the race were beating President Trump.

The latest SurveyUSA national poll (at the end of November, 2019) had Kamala Harris beating the current president of the United States 47% to 42%. At the point Harris dropped out of the race, the Real Clear Politics average had her at plus six over President Trump. Out of 42 polls reported by Real Clear Politics — from June of 2018 until November of 2019 — Trump topped Harris only six times. Again, remember that this is a candidate who couldn't outlast even Julián Castro and Marianne Williamson.

The lesson here is the 2016 presidential election. At this point in the 2016 presidential election, up until Election Day on November 8, 2016, Hillary Clinton led Donald Trump in the vast majority of polls taken. By my count (using a spreadsheet), as reported by Real Clear Politics (RCP), there were 221 polls taken in 2016 that polled Clinton vs. Trump for U.S. president. Donald Trump led in only 26 polls. Twenty-six out of 221. That's over 88% of the polls that showed Clinton beating Trump.

Often, the race between Clinton and Trump was shown as a complete blowout in favor of Hillary. From January of 2016 through April of 2016, there were a dozen polls that showed Hillary up by double digits. A March 2016 Bloomberg poll had Hillary up by 18 points!

Similarly, at this point in 2016, until Bernie Sanders dropped out of the race, virtually every poll had him leading Donald Trump. From January of 2016 until June of 2016, when Bernie dropped out, RCP reported 28 polls on Sanders vs. Trump. Of those 28 polls, Trump polled ahead of Bernie only once. At the time the polling ended (when Bernie dropped out of the race), the RCP average had Sanders topping Trump by over 10 points!

Again, the race between Trump and Bernie was often shown to be a huge blowout in favor of Bernie. Of those 28 RCP polls, 22 of them had Bernie on top by double digits. Twelve polls had Bernie up by 15 points or more. The same Bloomberg poll that had Hillary topping Trump by 18 points showed Bernie beating Trump by 24 points!

When it comes to polling, Rush Limbaugh was and is exactly right. As he noted near election time in 2016:

Don't forget, there is an undeniable truth in politics, and it is this: Polling data is used to shape public opinion. Polling data … [w]hether it's presidential races or anything else, if it's a poll, it is being used to make news. Polling has become the mechanism by which the media can write their own stories, can set their own agenda, and make it look like they've got nothing to do with it. The polls have these reputations of independent, nonpartisan, bipartisan, uninterested in the outcome[.] …

I've long realized well — as no doubt now do many other Americans — that national polling and the results of the Electoral College are two different things. However, it is interesting to note that, along with all of the other polling nonsense in 2016, about two weeks out from the election, a Reuters/Ipsos “states poll” showed that “the most likely outcome” electorally speaking was “326 votes for Clinton to 212 for Trump.” This “commanding lead” gave Hillary a “better than 95 percent chance of winning.” It was a 99% chance of Hillary winning if one wanted to believe Princeton scientists (who used state polls to arrive at their number).

As we all now know, the “commanding lead” for Hillary turned into a 306 to 232 (304 to 227 due to “faithless electors”) electoral victory for Donald Trump. And the dismay at the loss of their 95% hopes quickly set in for Democrats, as did the move to undo the results of the 2016 election.

I would trust only the polls that are two weeks or less out from the election. As Rush put it, “[t]hose are the ones you really look at, because they are the polls their reputations will be staked to, and every polling unit at the end of a campaign wants to be trusted and reliable, they want to be shown to be right.” Whether or not one can trust the polling agencies, one certainly cannot trust the media who report on them.

After Trump's 2016 victory, one would think that the polling organizations and the media would've learned their lesson. Yet, less than a year after the 2016 election, an analysis by The Daily Caller News Foundation Investigative Group revealed that pollsters were back “churning out biased and misleading poll numbers.”

“I do know inherently there is a Democratic bias in the polls. And most of them will deny it” says Raghavan Mayur, an independent pollster who is president of TechnoMetrica, which leads the polling operations at Investor's Business Daily[.] …

Democratic pollster Patrick Caddell agreed with Mayur, saying “there was a couple of days of shock. And then they moved on because what they could not do is to get to the bottom of their own polling bias.” …

When polling the public, most mainstream firms “overloaded for Democrats, underloaded for Republicans and conservatives,” said Francis Coombs, managing editor of Rasmussen Reports.

“I am a liberal Democrat, but I always felt that other polls oversampled Democrats and undersampled Republicans,” he said.

“Democratic” bias in the polls coupled with an overwhelming liberal bias in the media means that one should certainly pay little to no attention to most every poll between now and mid-October, and absolutely no attention to mainstream media reports on polling, from now until the end of time.

Trevor Grant Thomas: At the Intersection of Politics, Science, Faith, and Reason.
www.trevorgrantthomas.com
Trevor is the author of the The Miracle and Magnificence of America.
[email protected]