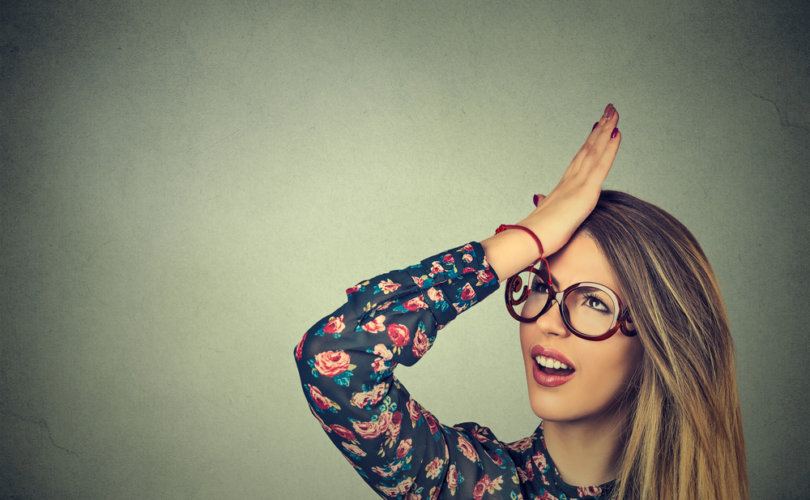 December 20, 2016 (LifeSiteNews) — Even if there are free speech arguments to be made in defence of pornography in general, surely there is none to be made for violent pornography. Yet the National Post has let staff writer Ashley Csanady try to make that case — or maybe they assigned her to do it (“Hey, Ashley, give us 18 inches on why the House of Commons Health Committee shouldn’t investigate pornography and make it jump!” barked the irascible editor.)

Her column is a colossal failure, an empty waste of space whose only possible use would be as an object lesson on how not to win an argument. But enough of the insults — that’s how Csanady argues, having, apparently, no actual evidence for her case.

Let’s look at argument number one, namely, that it’s “an utterly useless use of parliamentary time” for the Health Committee to examine the public health impacts of violent pornography.

And why is that? Because “it’s ridiculous to suggest Canada can or should moderate what’s consumed online beyond what’s already explicitly a crime.”

If there is an actual argument there beyond the name-calling, it is implicitly that what is the law now should be never be changed because — well — it is the law now. I’ve heard this before — at a university student council debating whether to take away a pro-life group’s club status and funding because it was advocating against abortion. The feminist/lesbian making her case for this appeared to believe that it was or should be illegal in itself to advocate for changing a law (not that there is a law for or against abortion).

But the Health Committee is not considering legal remedies to pornography. While Csanady calls this “bad public policy,” it is not policy at all. The committee has been tasked with looking at the impacts of pornography on public health. This is how you start out before you make good public policy, Ms. Csanady. You study the issue to see if there is a problem that public policy “can or should” address. I think in logic class what Csanady has done is called (but in Latin) “putting the cart before the horse.”

Next, she contends “there is no causal link between sexual violence and pornography.” See above, Ashley. This is actually an argument for studying the issue to see if there is a causal link. Further down in her column, she softens this, admitting “there is as yet no clear proof that pornography fuels violence.” Then she adds, some studies “prove the exact opposite.”

In this game of “he said, she said,” I declare MP Andrew Viersen the clear winner. He is the mover of Motion 47, which gave the Health Committee its assignment and passed unanimously. His backgrounder cites and summarizes a half-dozen recent studies, several of them meta-studies systematically consolidating dozens of original research findings, all finding positive correlations. One 2012 meta-analysis of 70 original research studies published in the Journal of Sexual Addiction & Compulsivity (You can look it up, Ashley) summarized thus: “Consistent findings have emerged linking adolescent use of pornography that depicts violence with increased degrees of sexually aggressive behavior.”

And again, reports the M-47 backgrounder, “A 2010 meta-analysis of over 40 academic studies published in the Journal of Aggressive Behaviour reports, ‘In contrast to the earlier meta-analysis, the current results showed an overall significant positive association between pornography use and attitudes supporting violence against women in non-experimental studies. In addition, such attitudes were found to correlate significantly higher with the use of sexually violent pornography than with the use of nonviolent pornography, although the latter relationship was also found to be significant.’”

Csanady’s next argument suggests the latter explanation. Here she mocks the contention from the movers of Motion 47 that watching pornography (both violent and non-violent) causes erectile difficulty.

So let me put it to Csanady: What facts? Because she just admitted there is such a thing as sex addiction. She also admits that psychologists don’t deny it. She explains that psychologists just don’t want sex addiction “conflated” with substance addiction and – get this, because she’s serious — they don’t want the word addiction “bandied about loosely.” So I ask again, what facts is she talking about that MPs don’t get?

Here are some facts: There are at least three 12 step organizations devoted to helping people recover from sex addiction and several web organizations. There is a new profession of sex addiction counseling and at least one addiction treatment centre in Canada that provincial healthcare plans will pay addicts to attend.

Csanady then admits there could be problems with pornography but claims they should be handled by the Criminal Code. Again, she is setting up a straw man. Motion 47 doesn’t call for criminalization; it calls for study. But if after study it called for expansion of the Criminal Code, would that be wrong in principle, as Csanady implies? This means she thinks the Criminal Code has things exactly right as far as pornography goes, without providing any evidence.

Then she undermines her own argument by admitting, at last, that Andrew Viersen, the man behind Motion 47, doesn’t think criminalization would be sufficient to remedy or prevent the harms done by pornography. It’s one of five possible remedies that might be needed in concert, including voluntary action by the Internet providers and public education.

Plus, it’s not “like blaming video games for school shootings.” Video games are animations and they are, well, games. Violent Internet pornography is presented in many cases as a form of reality TV — just real couples showing their home movies involving real male-on-female violence as an integral part of their lovemaking and welcomed by both. Teenagers watch this and believe it is how sex is supposed to be done. One therapist who advised on Motion 47 related how a 13-year-old male patient asked, “When I have sex, do I have to strangle her?”

Finally, she contends, again without any evidence, that the Canadian government is helpless before Internet pornography. But it is clear that when society puts its mind to eradicating or reducing the scourge presented by a substance or behavior it can take effective steps. The urban poor in England during the 1600s and 1700s was famously addicted to gin; ditto much of North America to booze generally in the 19th and early 20th centuries. Social disapproval and Christian evangelism addressed the first problem, legislation and more moral suasion addressed the second. Education and lawmaking have greatly reduced smoking in the current era.

All the technical objections to getting rid of pornography can be overcome if the technocrats at Google, Yahoo, Microsoft, and so on are convinced by public opinion, their own consciences, or the fear of jail time. House of Commons committee hearings are a modest but welcome early step toward all three.

Is pornography a public health crisis? The evidence is piling up.