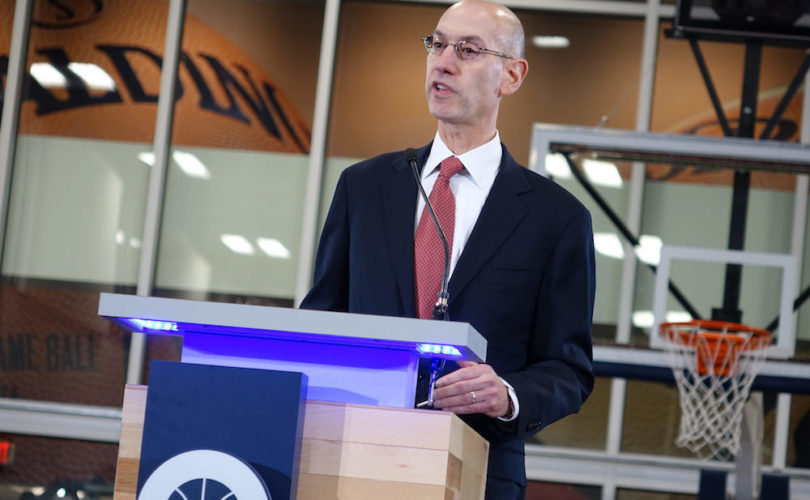 March 29, 2016 (DailySignal) — Big business has stomped into another state, trying to impose the values of the cultural left. This time, a governor who dared to stand up for responsible policy is being targeted by big business’ bullying over bathrooms.

The bill accomplishes two main objectives. First, it says that private schools, restaurants, stores, and businesses are free to establish whatever bathroom policies they’d like, but that access to government bathrooms will be determined primarily by biological sex.

Second, it says that North Carolina will have one set of regulations for the entire state when it comes to employment and public accommodation, rather than additional piecemeal regulations city by city.

Big business and special interest groups are threatening boycotts. The mayor of San Francisco issued an order to “to bar any publicly-funded city employee travel to the State of North Carolina.” ThinkProgress reports that IBM, PayPal, Apple, Facebook, Google, and Salesforce are all against the law. The ACLU has even lodged a federal lawsuit against North Carolina.

The NBA has said North Carolina’s law might make it move the 2017 All-Star Game out of Charlotte. The NBA threat over the All-Star Game is particularly amusing. The NBA (and its sister organization, the WNBA) apparently think bathroom access shouldn’t be based on biology, but basketball leagues should.

And it’s another example of “cultural cronyism.” Just as we saw in Indiana last year, and in Georgia today, big businesses are using their outsized market share to make economic threats to pressure the government to do their bidding—at the expense of the common good.

What’s in the Bill?

The first provision of the bill—the bathroom provision—is simply common sense. It leaves actors in the private sector free to do what they think best with their bathrooms, and it says government-run facilities will operate according to biological sex as noted on a birth certificate.

Even then, the North Carolina law makes accommodations.

The governor’s office explains: “Anyone who has undergone a sex change can change their sex on their birth certificate.” And the law allows government buildings to make special accommodations by using single-occupancy bathrooms and allowing students to have controlled access to faculty locker rooms.

The bill tries to find a reasonable compromise. It prevents biological males who identify as females from using women’s and girls’ private facilities in public schools and government offices, but it also allows local school officials and office managers to make reasonable accommodations for such students and employees, such as providing access to single-occupancy facilities.

Ask yourself: Why do we have sex-specific bathrooms and locker rooms in the first place? It’s because of biology, not because of “gender identity.” Separate facilities reflect the fact that men and women have bodily differences; they are designed to protect privacy related to our bodies. So the North Carolina bill continues the bathroom policy America has always had.

The second provision—the employment provision—is simply a preference for statewide uniformity. It says North Carolina will have one set of employment regulations for the entire state rather than a multiplicity of additional laws set at the municipal level. The Competitive Enterprise Institute’s Hans Bader explains that this North Carolina law is based on Virginia’s Dillon rule:

Virginia’s Dillon rule prevents cities and counties from regulating the employment practices of private businesses. That bars them from setting minimum wages higher than the state or federal minimum wage, or adding new protected classes of employees at businesses’ expense (through anti-bias ordinances). That is good for businesses, promotes freedom of contract, and prevents a confusing patchwork quilt of regulation that varies from city to city and county to county. It is also one reason why Virginia has a better than average business climate.

The same is true for North Carolina, which is in the top five states when it comes to economic development. Bader notes:

North Carolina should enact policy that best serves the people of the state—not the special interests and cultural cronyists. What Americans need now is strong political leadership to stand up to the cronyist bullying and do what’s best for the American people.