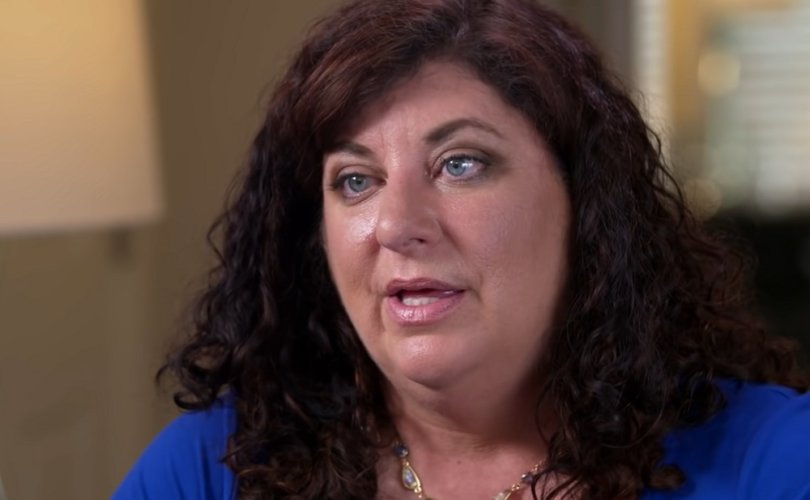 November 2, 2020 (NewsBusters) — As we enter the final days of the 2020 presidential election, compliant journalists have protected Joe Biden on many fronts. But the most egregious and shocking is the lack of interest by reporters when it comes to the sexual assault allegation made by former staffer Tara Reade against the Democrat.

After Reade went public in March to assert that Biden forcibly penetrated her while a Senate staffer in 1993, the networks, as well as CNN and MSNBC, buried the story. Since protective journalists don’t want to tell the truth, Reade is telling her own story in a new book called Left Out: When the Truth Doesn’t Fit In.

For anyone who wants to know the depth of corruption and collusion between the liberal media and the Democrats, this book is a must read. Activist and actress Rose McGowan put it this way in the introduction to Reade’s book: “Fake news isn’t only what’s written, it’s what’s purposely omitted. When it comes to observing the cabal of liberal media titans working against Tara, the only word that comes to mind is sad.”

Here are but a few of the examples from Reade's book: As I wrote at the time, The Washington Post waited three weeks to even cover her story. On pages 14–15, Reade explained the harassing, insulting way Post co-writer Beth Reinhard interrogated her:

Later that morning, a strident female voice with an East Coast twang called. “Tara?” she asks. I answered “Yes?” “This is Beth Reinhard from The Washington Post. You have come forward with a sexual assault allegation against Joe Biden. Don’t you realize this will hurt his campaign?” She is almost shouting at me. I was stunned and silent for a second. I had talked to reporters before, including The Post in 2019, when I discussed the sexual harassment I endured in Joe Biden’s office. However, this was the first time I was scolded. She continued her questions that sounded more like statements. I stayed on the phone to answer all of them.

“Did he move his hand upwards?” she asked. I felt a sharp intake of my own breath. What does she mean? I wondered. Finally, in a more assertive tone, Beth asked, “Did he touch your clitoris?” I stammered as I acknowledged he had moved his hand upwards after he pulled out his fingers. Was she implying that I experienced pleasure? Or was she trying to make it sound consensual? What did this even mean? She repeated her question, which I heard as an echo. The conversation ended with my sobbing. “Oh, Tara. I will call you back,” she stated impatiently in that discernable [sic] Eastern affect. She hung up. There was a double click as she disconnected.

On page 29, she wrote of the callous treatment from The New York Times. Reade explained:

Did I think Lisa Lerer or Jim Rutenberg at the NYT recognized their bias or cruelty toward me? No. I just don’t think they cared that they misrepresented my life and destroyed my reputation to protect the status quo. I do know that Lisa Lerer will not be able to look her own daughter in the eye for the ugly way she treated my story to protect a powerful man.

As NewsBusters noted on April 13, the Times official account offered this jaw-dropping (now deleted) take: “We found no pattern of sexual misconduct by Biden, beyond hugs, kisses and touching that women previously said made them uncomfortable.”

Finally on October 4, 60 Minutes came calling. Except… it was 60 Minutes Australia. Not the U.S. edition. That’s right, a news outlet on the other side of the planet did the job that American press wouldn’t. From page 39:

I came to learn that if a reporter seemed neutral, it was a positive thing. During the late summer, 60 Minutes Australia brought their camera crew to meet me in person and hear me out. The reporter, Alexis, had worked on many stories involving sexual misconduct and assault…. The interview itself with 60 Minutes Australia was very balanced and gave me a sense of dignity.

Here’s a video from the 60 Minutes Australia story.

On page 40, Reade revealed that CNN’s Don Lemon didn’t like her going with Megyn Kelly for an interview:

Don had sent a kind message saying sorry about the death threats that I had received. He even spoke directly with me on the phone. I almost went on his show, but finally chose to move forward with the Megyn Kelly interview. He sent me a text asking why I chose Megyn Kelly if I did not want to seem partisan?

That’s right. Someone on CNN called another network partisan.

Reade’s story featured additional corroboration when video surfaced, first put online by NewsBusters, of Reade’s mom calling the Larry King show back in 1993. In it, her mom asked about how to deal with the situation.

Recently, a video from Larry King Live dated August 11, 1993 resurfaced. In the video, a female caller questioned what her daughter should do after having experienced an unnamed ‘issue’ with a prominent Senator with whom she had worked. Looking to the show for advice, this mother knew her daughter was scared to go to authorities. We know now that her daughter had confided only in her mother, stepbrother, and a few close friends about the extent of this unnamed issue. The mother did share that her daughter had been conflicted about speaking up — out of respect for her employer, and that she wanted to succeed at her job. Larry listened, as did his experts on the show. The daughter with the issue was me.

Reade ended with a message of hope, despite the trauma she suffered, despite the corruption of the mainstream media. From page 163:

One of the most important parts of healing is creating that transformation from victim to survivor. After the media attacks on my character it became clear to me that part of my future life’s work would be to forge a path for others with similar stories to be able to do so with more dignity and less fear. One of the main ways to create this change is to examine the media bias I experienced just because the person that assaulted me was a Democrat. In order for rape culture to truly change, we have to change collectively the way we approach this. Rape is an uncomfortable subject. However, through understanding and compassion we can bring healing rather than more pain and trauma.

She concluded, “The act of coming forward will bring the threats and hardships, but it shouldn’t be that hard to tell the truth. I do not regret one minute of the past two years. I did lose a great deal, but I gained more freedom.”

The e-book version of Left Out is available now and can be ordered here and on Amazon here. The hardcover will be available January 1, 2021. (Also available for pre-order here.) If you want the truth that journalists have hidden, read this book.