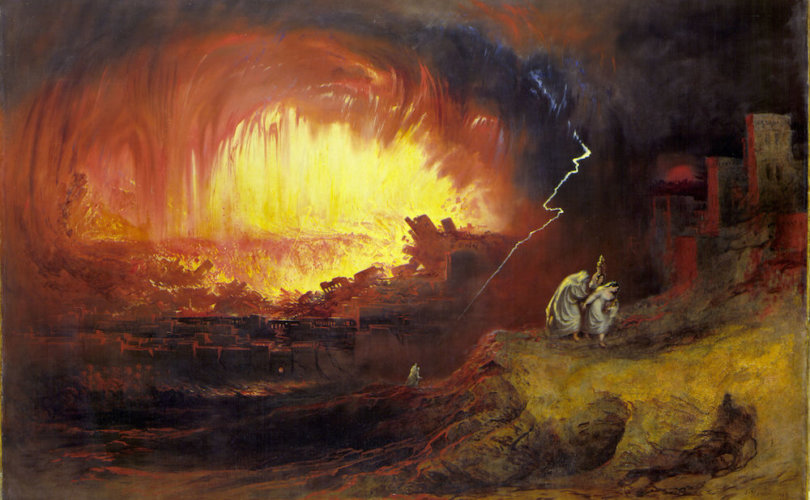 February 19, 2019 (La Nuova Bussola Quotidiana) — 'Sodoma', the book to be released simultaneously in twenty countries, in eight languages on February 21, is a big scale media operation to legitimise homosexuality in the Church. But it could backfire on Pope Francis whom the author intended to support.

There is no one more convinced than we are that there is a problem of homosexuality in the clergy. Our website has been writing about it for years, well before any of the mainstream media deemed the subject worth reporting. For this reason, we can detect that operation “Sodoma”, the book translated into eight languages, to be released simultaneously in twenty countries on February 21, stinks of fraud. It is presented as a significant scientific work: the author, Frédéric Martel, is a French sociologist and gay activist who claims over a period of four years to have interviewed 41 cardinals, 52 bishops, 45 apostolic nuncios, dozens of Swiss guards and many others amounting to a total of 1,500 people, including those interviewed in the Vatican and around the world. The result is a volume of almost 600 pages and its most striking claim is that four out of five priests in the Vatican are supposedly homosexual.

The publication of this book is a big scale media operation with commercial scope but the primary reason is “political”. The release, deliberately and simultaneously programmed in so many countries presupposes significant investment and an important editorial coordination which is hardly justified by the book's sale prediction. There is no doubt that the release scheduled for the first day of the Vatican summit on sexual abuse is deliberate. But this is not the fundamental point. Frankly, it is hard to imagine queues in bookshops for such a heavy book that is more waffle than substance. Filled with conjecture rather than analysis, any reader who thought he had found a solid sociological work or a genuine book inquiry faces fast disappointment.

Considering that the prologue contains the theses that act as a key to reading the entire work, there is no need to read on because the fundamental message has already been conveyed. The first few pages are sufficient to grasp the author's true intention. This is the conclusion: if 80% of the clergy in the Vatican are homosexual it is evident that the fundamental problem is hypocrisy, so it is time to come out and make peace with the facts by accepting homosexuality as a normal orientation. It is interesting to note that Martel embraces in its entirety the thesis of Father James Martin, the Jesuit who wants to legitimise homosexuality in the Church, including the clergy — that is, the problem is the secrecy with which homosexuals are forced to live due to homophobia, and this also explains the abuses. But if only everything were to come to light and were accepted as normal, then the problem would be resolved.

Speaking of homophobia, it is important to remember that the concept was invented by the gay world, has no reference to reality and is aimed specifically at rendering homosexuality normal. At this point a second Martel theorem is introduced based on another common assumption: homophobes are such because they have homosexual tendencies and are latent homosexuals. This also explains how he arrives at 80% of priests are gay and explains how the real target is the conservative, traditionalist or “doctrinal” prelates. The more they condemn homosexuality, says Martel, the more they are homophiles, in fact they often live a double life. Here the pope's frequent tirades against priests who lead a double life lends support.

Obviously it is a theorem without any evidence, but it serves to attack the presumed “enemies” of Pope Francis' reforms. The American cardinal Raymond Leo Burke, a signatory of the famous dubia, is singled out and has an entire chapter dedicated to him. He is portrayed as the leader of the anti-gay consortium, and for this reason strongly suspected of having homosexual tendencies which are probably repressed because not a single witness accuses him of homosexuality or complicity in abuse. The whole chapter is played out on extremely rigid doctrinal positions, on Burke's presumed hostility towards the pope and on the luxury of his apartment, described like a residence of some corrupt mafia boss. For those who know Cardinal Burke, nothing could be farther from the truth, but it helps to strengthen Martel's theorem, which acts as a refrain throughout the book: “The more a prelate is homophobic, the more likely he is to be homosexual”. On the contrary “the more a prelate is pro-gay, the less likely he is to be gay”. If these are the premises, it speaks for itself how unreliable the whole research is.

But the best is still to come: using homosexuality as a key to interpreting everything that has happened in the Church for some decades — the IOR scandals, the war on “liberation theology”, the resignation of Benedict XVI, Vatileaks I and II, the prohibition of condoms in the fight against AIDS and so on — Martel also affirms another surreal thesis. In fact, according to him, “the end of vocations” is linked to homosexuality. How? Simple: Up until the 1960s, due to the homophobic atmosphere that existed, “young Italians who discovered their homosexuality, or had doubts about their inclinations” were practically forced “to take refuge in the priesthood”. But “with the homosexual liberation of the '70s and the gay socialisation of the '80s, Catholic vocations were naturally reduced”. That is, for some decades now, gay Italian teenagers have had other options besides the priesthood. In short, “the homosexual revolution”, if not the only one, is certainly “one of the fundamental causes of the end of vocations”.

Would you honestly trust a person like Martel? The answer is a foregone conclusion. However, it should be noted that even if everything has been engineered to support Pope Francis' battle against conservatives and traditionalists (“homosexuals as homophobes”), this operation is so vulgar, it could turn into be a classic boomerang.

The pontiff and his collaborators are doing everything possible to keep the issue of homosexuality out of the summit on abuse. They do not want to talk about it despite 80% of the violence against minors being homosexual acts. The official line is: the problem is clericalism and from the top you can expect instructions on how the episcopates should handle cases of abuse where they arise. But the media clamour this book is already provoking will now make it even more difficult to avoid addressing a topic that is so central to the issue of abuse. That's exactly what the gay lobby wants: to exploit this opportunity and force the situation so that at least one more important step is taken towards the full legitimacy of homosexuality in the Church and clergy.

Translated by P. Gooding-Williams from the original Italian at La Nuova Bussola Quotidiana and printed here with permission.