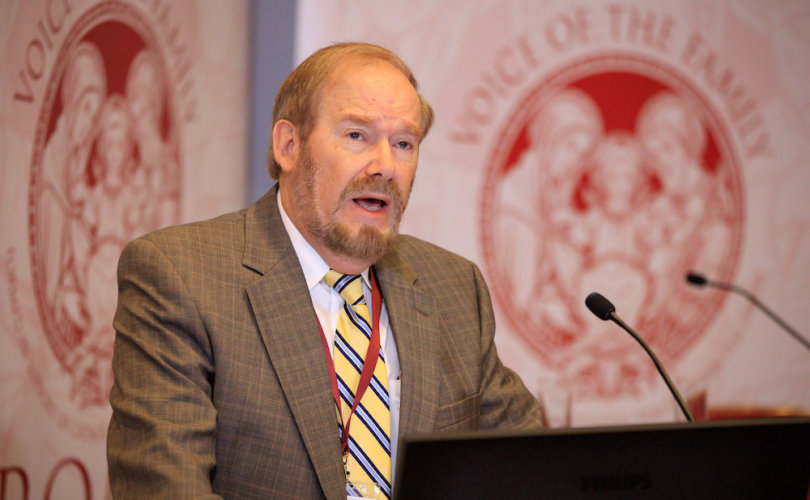 Here's news of a new documentary out that's being promoted by the left-leaning Daily Beast:

Winner of the Grand Jury Prize at this year's Sundance Film Festival, and premiering in select theaters on August 9 courtesy of Amazon, directors Nanfu Wang and Jialing Zhang's heartrending documentary examines their native China's one-child policy, which functioned as a systematic attack on its female population—and which resulted in collateral damage on an international scale.

In effect from 1979 to 2015, China's policy placed strict guidelines on reproduction in order to curb population growth, which Wang's mother proclaims (parroting the Communist Party line) might otherwise have led to famine and potential cannibalism. Urban citizens were limited to a single child, while rural inhabitants were, in the mid-1980s, granted the opportunity to have a second kid. The law outlined strict punishment for non-compliance: the destruction of homes, forfeiture of property and valuables, and steep fines. Those who suffered those penalties, however, got off easy, since local Family Planning Officials — empowered by the Communist Party — also had the authority to abduct women, tie them up, and force them to undergo sterilizations and abortions as late as eight to nine months into their pregnancies.

They're reporting this as if it's news, and in some ways, it is. But it's not as though it's something no one knew before. Perhaps in their left-wing intellectual elitist bubble it was, but in the greater world at large, it was known.

In fact, the horrors described were always out there. They were put out there by people who were reviled for doing it, back when China chic was the “in” thing, and everyone who was anyone in Beltway power and academic circles fell all over himself to kowtow to the Chinese government.

Remember Stanford scholar Steven Mosher? Way back in the 1980s, the man was reviled in scholarly circles for exposing just these brutal realities about China. Instead of being praised for adding to the scholarly body of knowledge, he was abused, slandered, accused of process crimes, and eventually kicked out of his Ph.D. program because he reported the truth about what was happening. This was at the urging of the Chinese government, which wanted all news of its cruelty kept hidden — the lies-violence cycle that Alexander Solzhenitsyn described as so necessary to all totalitarian tyrannies. I recall that controversy back when I was a student studying Chinese history, and my professor (I won't name him, because, well, I liked him) called Mosher “a rat” because his revelations about China's forced abortions and human rights violations angered the Chinese communist government and caused it to limit opportunities for scholarly research on China.

Yet the only thing Mosher was really guilty of was the highest responsibility of a scholar, which was to tell the truth.

There were all kinds of signs that Mosher was telling the truth over the years. Remember this woman? This is a saint to rival Mother Teresa based on her defiance of China's inhuman juggernaut in the name of saving helpless discarded babies even in her own penury. She knew the truth and witnessed to it, too. It was only a few years ago that word of her great deeds got out.

Now that the luster is off China, its economy is in the crapper, its internet repression is getting famous, its military machine is getting aggressive abroad, and its brutal totalitarian machine is revving up to destroy the tiny island of freedom of Hong Kong, it seems it's safe for the elites to come out with the truth. Glad they made this documentary, of course, but it's not exactly news or even courageous to do at this point.

What it reveals, in its own way, is the cowardice of the elites. This documentary is out; it's making news; and it doesn't make Stanford, which expelled Mosher, look good. It doesn't make any of the academic elites who badmouthed Mosher (and, for that matter, people like the late Harry Wu, who told the truth about China's laogai gulag system and systematic repression in Xinjiang) look good. It highlights how repressive this stateside apologist system for China has been.

The movie is out, it says the same things Mosher says, and Mosher now stands vindicated. Maybe the next documentary should go beyond China's atrocious record to the enabling racket in the West that did so much to vilify the truth-tellers of the past fifty ears. It would be the right sort of vindication for those who spoke the truth and paid a price.