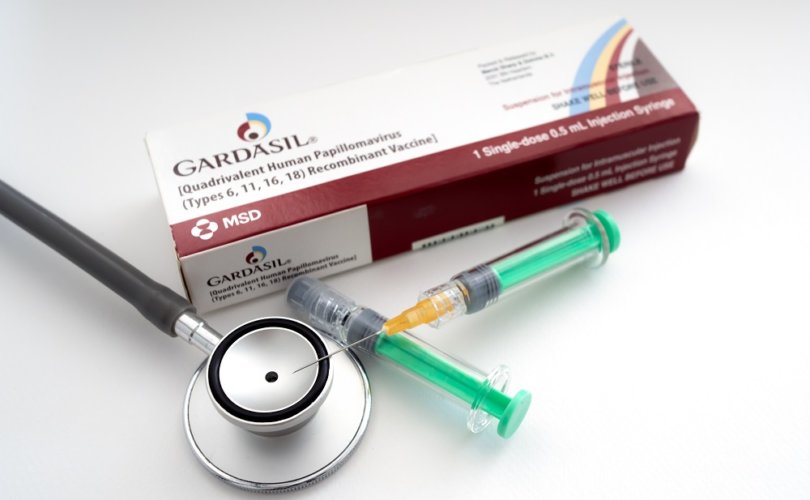 Marlena Carrillo allowed her daughter Kayla to receive the Gardasil vaccine because she had seen numerous advertisements from Merck vouching for the vaccine’s safety and efficacy in preventing cervical cancer.

A day after the first injection, Kayla had a seizure-like episode which included a staring spell, facial swelling, slurred speech and a severe headache. She later developed severe migraine headaches, abdominal pain and a host of other debilitating health issues.

Five months after her first shot, Kayla experienced a seizure and was taken to the emergency room. Around this time, she was also coping with irregular menstrual problems, including heavy bleeding at the beginning of each cycle.

Her health continued to deteriorate after she received another dose of the Gardasil vaccine. Just two days after the second shot, Kayla collapsed during P.E. class and was rushed to the emergency department of Children’s Hospital of Orange County.

“One of the hardest things for a mother to hear is your daughter will not be able to have children,” says Marlena Carrillo. “Having to be the one to tell your daughter that she won’t be able to get pregnant is a pain that is beyond words. People need to know that these risks are very real. They need to know exactly what they are getting into with Gardasil.”

Due to these and other injuries, Kayla is unable to hold down a job for any significant amount of time. She also cannot drive because of the risks of fainting or having a seizure while driving.

If Marlena had known Gardasil was capable of causing so much damage, she never would have allowed her daughter to receive the HPV vaccine.

This is the fifth #Gardasil lawsuit @baumhedlund and I have filed against Merck, challenging the company’s dangerous and defective #HPV #vaccine for causing severe and life-changing injuries. #TheDefenderhttps://t.co/o5mIaT7rWb

This is the seventh Gardasil lawsuit Baum Hedlund and I have filed against Merck challenging the company’s dangerous and defective HPV vaccine for causing severe and life changing injuries.

In addition to Kayla’s case filed this week, we have filed cases on behalf of Michael Colbath of California, Sahara Walker of Wisconsin, Zach Otto of Colorado, Julia Balasco of Rhode Island and two others.

While each case is unique, they share common threads: All of our clients were happy, healthy, bright, active kids with unlimited potential until they received the Gardasil HPV vaccine.

We look forward to getting these cases in front of a jury as soon as possible.