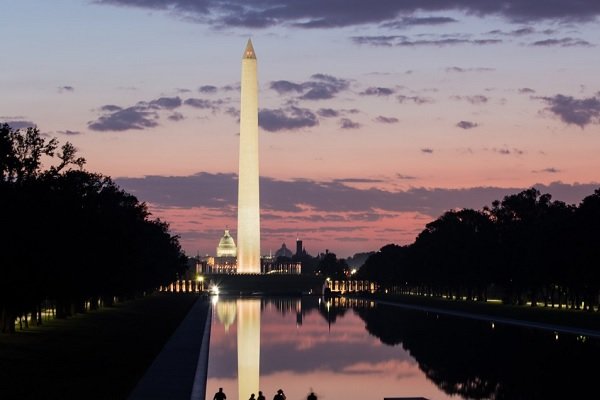 April 30, 2018 (The Bridgehead) – If comedian Michelle Wolf's goal at the White House Correspondents' Dinner on Saturday night was to give Donald Trump a justification for not showing up at the dinner for a second year in a row, she did a magnificent job of that with a performance so cringeworthy (it started with descriptions of her nether regions) that some people even walked out.

I don't just mean that her performance was brutal, which it was. These speeches are supposed to be. Joel McHale savaged politicians and media figures from all ends of the spectrum, and I thought his routine was brilliant. For some reason, Stephen Colbert's needling of George W. Bush is still considered to be “brave,” although I always thought that it made him look like a rude jackass. But nobody – nobody – before this thought it would be fun to joke about abortion.

Except for Wolf. She doesn't want Trump to get impeached, she told the crowd, because then we end up with President Mike Pence. “He thinks abortion is murder,” she announced as people grew visibly shifty and nervous. “Which, first of all, don't knock it 'til you try it – and when you do try it, really knock it. You know, you've really got to get that baby out of there. And yeah, sure, you can groan all you want. I know a lot of you are very anti-abortion. You know, unless it's the one you got for your secret mistress.”

So that's funny, apparently. A joke about suctioning a baby out of the womb with an aspirator so powerful that the tiny child disintegrates into bloody slurry, or if the baby is in the second or third trimester perhaps pulling his or her limbs off one by one before crushing the skull in order to remove it from the womb more easily. Which Michelle Wolf describes as “really knock[ing] it.” No wonder Matt Schlapp of the American Conservative Union walked out of the dinner and even CNN wrote, “The abortion stuff was beyond the pale.”

But a lot of people laughed, too. A lot of people also laughed when Michelle Wolf compared Sarah Huckabee Sanders, the unfortunate press secretary who was sitting at the front, to Aunt Lydia from A Handmaid's Tale – Aunt Lydia being the vicious woman who makes sure that all of the sex slaves behave, resorting to mutilation, murder, and beatings if she has to. This, Wolf added, would be precisely the sort of thing that Mike Pence would probably love.

I wish I could say that Wolf's jokes were simply comedy, but she actually believes that stuff. She believes that if you don't think it is morally right to “really get that baby out of there” using any violent means necessary, you must yearn for some post-apocalyptic dystopia where America is ruled by a cult that biblically illiterate progressives think is Christian. She used a series of jokes not to simply highlight the chaos or the policy failures of Trump and the Republicans, but to demonize them as men and women who would find sex slavery amusing.

And people wonder why the media figures who cackled at Wolf's abortion “joke” don't understand so much of America.