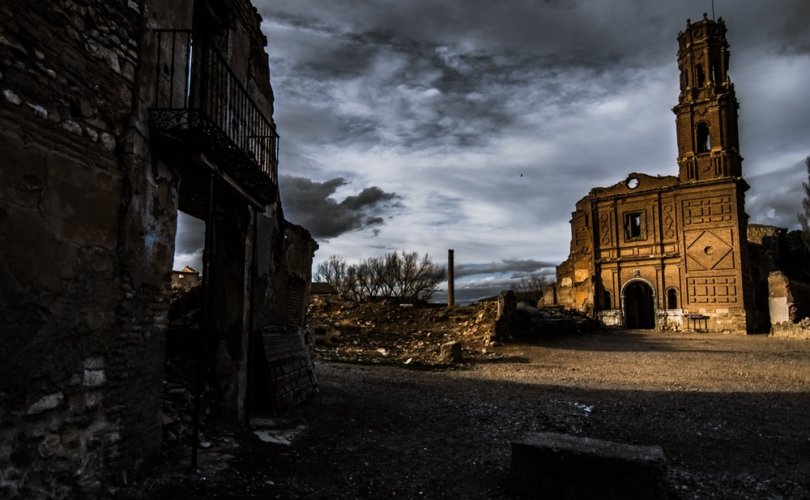 November 24, 2020 (LifeSiteNews) – We live in a time dominated by lies. The media and culture peddle so many things that deny the truth. We are told that some men are really women and some women are really men. Unborn babies are not human. The family is whatever we want it to be. Fake news is everywhere. Lies have become a part of our life, making it surreal as we flee from reality and ultimately from God.

Rod Dreher’s new book, Live Not by Lies: A Manual for Christian Dissidents, presents itself as a handbook for our time of lies. The title is based on a speech by Alexander Solzhenitsyn, where he urged his fellow Russians not to live by the lies of the deceitful Soviet regime. He presents Soviet-era dissidents as models to help us deal with our lies.

Thus, the book is a chronicle of interviews with these Eastern European dissidents who survived the Cold War by developing ways of fighting against communist lies. Their testimony and resistance can be very inspiring, for they endured much to be faithful. Mr. Dreher affirms that these same tactics might be applied in our Western society in decay.

The threat of soft totalitarianism

There are unmistakable signs that our postmodern world is heading in the direction of what the author calls “soft” totalitarianism. He notes that, like decadent czarist Russia, our society is marked by loneliness and social atomization, lost faith in hierarchies and institutions and unbridled sexuality. Our world is falling apart, Mr. Dreher claims. “The old world of classical liberalism is dying throughout the Western world, but its successor has not yet been born.”

In its place, soft totalitarianism finds its expression in the social justice warriors who seek change through identity politics. “Woke” capitalist corporations enforce and survey workers to root out thought crimes deemed racist, homophobic, transphobic, and any other kind of phobia in vogue. A union of Big Business and Big Brother will lead to a terrifying futuristic brave new world that leaves little room for Christian dissent.

As might be expected, the author of The Benedict Option proposes a variation of his theme of forming small communities to wait out the terrible gathering storm of a hi-tech neo-barbarian age. He does not use the term Benedict Option to describe these mechanisms of survival. The Eastern European equivalents were less formal and smaller groups that we might call mini-Benedict Options.

The author describes well the monolithic unity of a revolution that threatens all those who defend God’s law. However, he can suggest no opposing unity of a counter-revolution to combat this revolution. Just as his Benedict Option tends to isolate and shatter reactions into a thousand options, this micro-version shatters the resistance yet further, into tiny shards of defiance.

Thus, the book’s collection of guidelines might have some helpful counsels for these shattered shards, but it is not a tactical handbook for engaging in the Culture War. There is nothing new about relying upon the family, religion, solidarity and intermediary groups since they are the God-given institutions that are valid for surviving in all situations, not just the catacomb-like world found in communist Eastern Europe.

Perhaps the most perplexing problem with Mr. Dreher’s solution is his desire to embrace all under his solidarity banner. We are asked to “throw off the chains of solitude and find the freedom that awaits us in fellowship. The testimony of communist dissidents is clear: Only in solidarity with others can we find the spiritual and communal strength to resist.”

His small solidarity groups build bonds of brotherhood across denominational lines, including secular and liberal allies, “other religions and no religion at all.” These groups are all at once catechetical, ministerial and organizational, replacing institutional church leaders unable to fulfill their roles.

It appears the unifying factor of these groups is the obvious recognition of the communist lie, which can be defined as the absence of the truth. However, since this absent truth is left undefined, problems set in. Mr. Dreher leaves us with a liberal smorgasbord of beliefs and unbeliefs from which to craft a response to the lie.

Bringing forth a new Christian civilization

However, this response is not enough. Solidarity alone will not suffice. Indeed, the Eastern European models we are offered failed to resist the onslaught of Western postmodern culture that has corrupted their post-communist societies.

In the effort to construct small communities of solidarity, we must never lose sight of the bigger picture. There must be an effort to understand our present crisis and engage in the Culture War that threatens us. We must construct a counter-revolution counting on the grace of God to help us. We must never lose sight of our desire for victory over evil despite the obstacles we face.

In spite of COVID and the ongoing election disputes, Americans will gather on Thursday to give thanks for all that they have received, and to show gratitude to God and neighbor.

In many places across the nation, however, state governors are "cracking down" on Thanksgiving by implementing additional, seemingly arbitrary limits on citizens' right to free assembly.

At the same time, these same governors are allowing Black Friday shopping to go on practically unabated, without additional restrictions than those already in place for their states' COVID response.

This kind of discrimination is wrong!

Here are a few examples:

While LifeSite believes in taking appropriate precautions for COVID especially for the elderly and those already suffering poor health, we also believe that individuals and families should be allowed to use their good sense and their own discretion rather than being coerced by the state in these matters.

Moreover, states should not be in the business of discriminating against family gatherings, like Thanksgiving, in favor of commercial pursuits, like Black Friday.

Please SIGN and SHARE this Thanksgiving Day petition, urging governors not to discriminate against family gatherings and impose greater, disproportionate COVID restrictions for Thanksgiving Day than they would for shopping on Black Friday.

'The Governor Canceled Thanksgiving. Why Not Black Friday?' - https://www.wweek.com/news/business/2020/11/18/the-governor-canceled-thanksgiving-why-not-black-friday/

Instead of the subjective ramblings of Protestant existentialist Soren Kierkegaard, whom Mr. Dreher cites, we need the triumphal promises of Our Lady at Fatima. And that is what is missing in his formula for the fight against the enemies of God — be they communists or postmoderns — there is no unified truth or end presented that can give rise to a new Christian civilization.