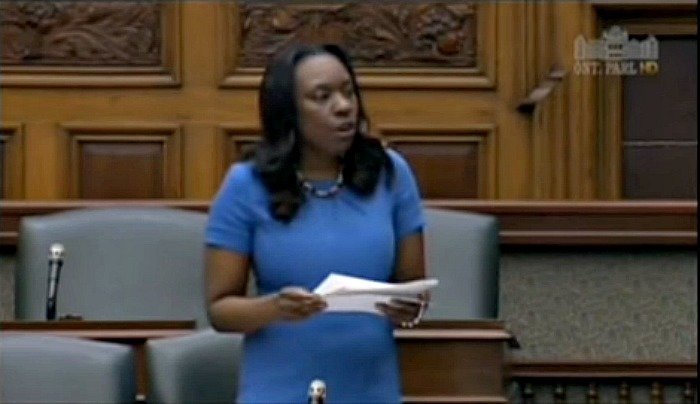 June 17, 2016 (PAFE) — Kathleen Wynne shuffled her cabinet this week in an attempt to cover her tracks and distract voters from her government's blunders and out-and-out scandals. In a June 14th column Robyn Urback at the National Post put it bluntly: “When a government has been in power as long as the Ontario Liberals, it becomes important to mix things up every now and again, lest the narrative of who-screwed-up-what becomes a little too easy to follow.”

On that note, Liz Sandals is no longer Education Minister-MPP Mitzie Hunter from Scarborough is now responsible for that portfolio.

We know all about Liz Sandals, who instead of taking seriously parent concerns about their children accessing p*rnography at school told them that's what the new s/x-ed curriculum is for, “to help kids know how to be safe on the internet and process what they're seeing.” A Globe and Mail article on the cabinet shuffle made the understatement that, “Ms. Sandals's communications style caused headaches for the government.” Not surprisingly, Sandals has been moved to a more behind-the-scenes role-President of the Treasury Board.

On the other hand we don't know a lot about rookie MPP Mitzie Hunter. She was previously the junior minister in charge of the province's new pension program. Will Minister Hunter understand that parents are the first educators of their children? How will she handle the fact that so many parents in Ontario are unhappy with the new s/x-ed curriculum and demand its withdrawal? Will she pay attention to the 1 in 6 parents in Ontario who have withdrawn or would withdraw their children from school because of the new curriculum?

What we do know: In spring 2015, Hunter responded to parent protests over the s/x-ed curriculum in her riding by calling the previous curriculum, “dangerously out of date,” and by emphasizing how large the consultations were on the new curriculum. Well, she certainly got that one wrong-as we've discussed previously in our emailers and newsletter, the consultation was revealed to be a sham.

New Education Minister notwithstanding, the problem is Kathleen Wynne and her s/x-ed agenda. It was under her direction, as Education Minister herself, that the curriculum was first brought to life (with the help of a now-convicted child pornographer, Ben Levin), and now as Premier, she's steamrolled it into our children's classrooms via a dishonest consultation process.

So, we tend to agree with a June 13th Toronto Star editorial on the cabinet shuffle, “Facelift won't be enough to save Ontario Liberals”: “At this point, no facelift or lofty set of promises will do. The Liberals need to improve the province in ways Ontarians can see and feel – or suffer the consequences in 2018.”

The “improvement” we are seeking is withdrawal of the curriculum. Otherwise, parents will vote accordingly in 2018.

Reprinted with permission from Parents as First Educators.