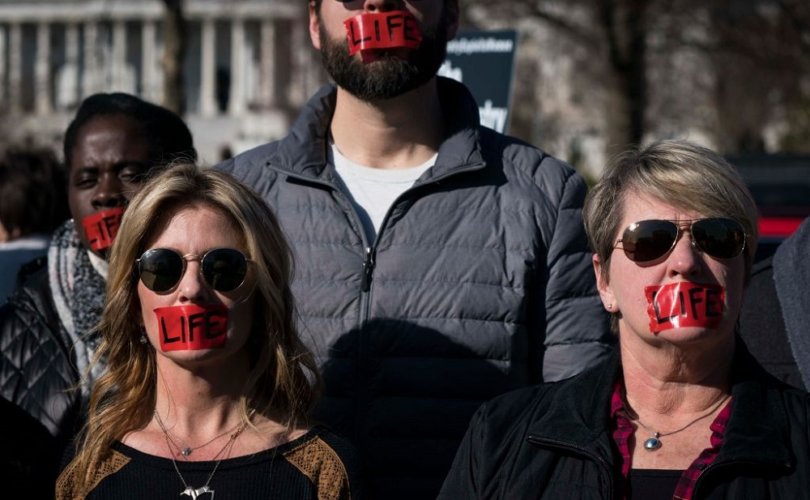 September 21, 2020 (LifeSiteNews) — Various commentators have prophesied that future generations will view modern mass acceptance of abortion with the same horror expressed toward other past legalized crimes against humanity like slavery. Michael Gryboski intriguingly examines such a possible future history in his new book, Memories of Lasting Shadows, a science fiction morality tale with unsettling present implications.

Drawing upon his own journalistic background, the skilled writer Gryboski sets his reporter protagonist, Roberta Sheridan, in a late 21st-century pro-life America. His interrelated character stories in Washington, D.C. give life to an envisioned society where killing the unborn has become anathema. The law protects babies even in the most difficult pregnancies, like those resulting from rape or presenting severe fetal abnormalities. Thankfully, modern medicine’s blessings cure the latter.

A national Remembrance Day marks the Supreme Court having overturned, decades before, its January 22, 1973 Roe v. Wade decision that imposed unlimited abortion upon America. This memorial signifies the political consensus against abortion that encompasses even the most liberal politicians.

Gryboski’s characters experience the history of abortion much as real-life Americans today are agonizing over a conflicted race-relations past of slavery, Civil War secession, and segregation.  Washington, D.C.’s Norma McCorvey Memorial Museum, named in honor of the pro-life convert who had been Roe’s original plaintiff, documents America’s abortion history in its full gruesomeness. The museum offers two tour options, one modified for sensitive children and another for adults that explicitly details brutal abortion procedures.

Others in Gryboski’s sci-fi history want to obliterate any record of their past involvement with abortion. For past workers in abortion facilities who want to create new lives without any repercussions from a disgraceful past, the hacker Linda Harrison has been a godsend with her Ultralord virus that wiped out digital records throughout the world. Imprisoned in a special solitary confinement facility without internet access after Ultralord collapsed the economy, Harrison explains to Sheridan how Harrison often receives letters from former abortionists thanking her for Ultralord.

Yet Michael Chan, the founder of the Drudge Report–like website Chan Worldwide News, thinks he has found Hood. Chan, promising another scoop, provides the impetus for Gryboski’s plot, as the “citizen journalist” Chan enlists the legacy media reporter Sheridan to help uncover Hood. Chan reveals his plan to Sheridan at the McCorvey Museum after the pair watched a documentary about how National Guard deployments had aided in enforcing new pro-life laws amid riots in some cities like Los Angeles.

This reprise of America’s 1960s urban upheavals indicates how Gryboski’s futuristic tale invokes historical injustices like slavery, segregation, and genocide to awaken consciences in present-day America. He fast-forwards in order to place today’s society before the inevitable bar of historical judgment. Like his fictional medical personnel, who use increasingly sophisticated technology to save, not destroy, fetal life, he calls upon readers to react with horror at abortion’s foundation of lies.

Similar to the original Star Trek series, Gryboski finds in science fiction a new perspective to examine the controversies of today.  Freed from present prejudices, characters from another time can separate moral truth from falsehood. Like Sheridan and others who share Gryboski’s Christian faith in his envisioned unsecular modernity, they judge abortion by eternal, objective standards.