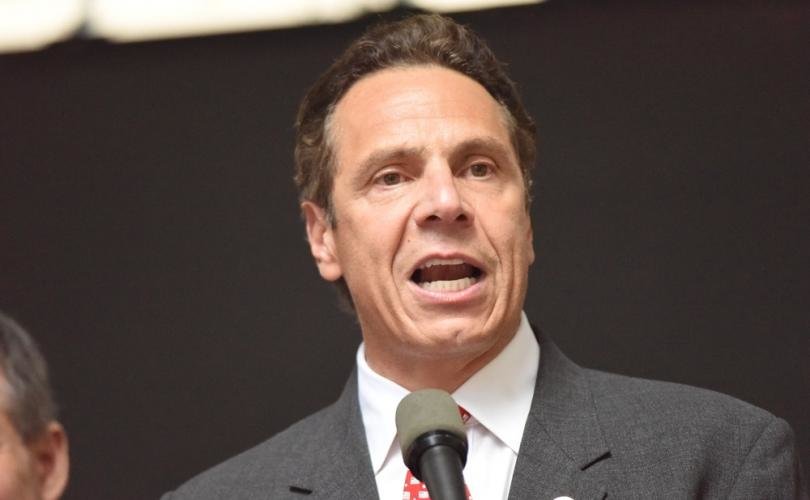 January 25, 2019 (LifeSiteNews) — Recently, archeologists discovered a temple devoted to the god Xipe Totec, also known as the “Flayed Lord.” Priests in charge of the worship services would wear the flayed skins of human sacrifices as a symbol of the new life which was to burst from the skin of seeds during the spring

A number of statues similar to the one depicted in the article show the dangling hand of the skinned victim, whose demise was supposed to guarantee a good crop.

An eyewitness, Fray Toribo de Benavente Motolina, a Catholic priest who arrived in the New World before the Spanish conquistadors who conquered the Aztec empire, wrote an account of the natives’ butchery of human beings during religious rituals:

“The high priest who wielded the sacrificial knife struck the blows that smashed through the chest. He then thrust his hand into the cavity which he had opened to rip out the still beating heart. This he held high as an offering to the sun … ”

The horror and revulsion felt by the conquistadors on witnessing such gruesome rituals was one reason why, in 1521, they leveled to the ground the metropolis that later rose again as Mexico City. They did not buy into the claims that the sacrifice of humans ensured good crops essential to the world’s health. They did not think a higher purpose was served by ripping the hearts out and wearing the skins of human beings. No, hardened conquistadors who were familiar with evil within their own country and who could themselves be brutal, did not support the ritual sacrifice of human beings for supposedly higher ideals.

They were not like professed Catholic Andrew Cuomo and the heartless legislators of New York State, who like the devotees of Xipe Toltec, believe the murder of innocent human beings is justified because of the “health” of the world — also known as “reproductive freedom.” Despite being cruel in their own way, the conquistadors would not have shared the world view that women have the absolute right to sacrifice their unborn children for any reason whatever throughout the entire nine months of pregnancy.

The fact is that permission to sacrifice viable unborn children is precisely what the latest abortion bill passed by the New York legislature and signed by Gov. Cuomo on the date of the passage of Roe vs. Wade does: It allows the killing of human beings for the supposedly higher purpose of women’s “rights.” It continues and reinforces the Roe vs. Wade decision that has enabled the death of millions of innocents, all of whose beating hearts have been stopped forever; some of whose hearts are stilled by an injection of digoxin as surely as the hearts of sacrificial victims of the god Xipe Toltec were stilled when ripped from their bodies.

How jaundiced and calloused America has become! How hard of heart! Are we becoming incapable of recognizing and being horrified by human sacrifice, even though it is before our very eyes? Are we now numb to outrages like the celebratory pink light shined on what is ironically called the “Freedom Tower, which by Gov. Cuomo’s order is now a monument devoted to celebration of death rather than a tribute to the innocent dead killed during the 9/11 attack?

In fact, just as the Aztec priests celebrated the death of human beings as an essential part of their religious rituals, here in America there also are men and women of “faith” who are blessing abortion clinics, calling abortion “godly.”

Do Christian Americans, Protestant and Catholic alike, truly understand the significance of these most recent assaults against the unborn? To start with, what does it mean to be Catholic if Gov. Cuomo can remain unrebuked by the Catholic hierarchy, continuing to be a “Catholic in good standing?” How can the Church universal, which has been stalwartly opposed to abortion, tolerate acceptance of and celebration of the death of little people who have done no harm? How can the Church judge anything or anyone if it cannot or will not judge “Catholics” who celebrate murder? Certainly, the church will remain paralyzed concerning the sex scandals presently plaguing it. There is, after all, a hierarchy of evil, with murder being at the top of the list.

For Christians and non-Christians alike, the unrebuked sacrifice of innocents renders us unable to judge evil and paralyzes the ability to learn from the horrifying lessons of the past. What can we say against the Holocaust? What have we to say against the massacre of millions in the USSR and Maoist China? What have we to say about the “Killing Fields” of Cambodia, the forced abortions in present day China; or the sale of baby skins and body parts right here in the United States of America?

When churches and nations accept and celebrate abortion even up to the time of delivery, it’s time to realize the moral compass for judging any criminality is completely broken. The holocausts, pogroms, massacres and persecutions of the past and present become mere curiosities or matters of mere statistics, as Joseph Stalin noted. History provides no measure against which we can claim a superior morality. After all, there are no lessons to be learned from people who did or still do things just like we’re doing.

When abortion is celebrated, there are no longer any reasons whatever for any moral action taken to save the innocent anywhere, at any time, at any place: Not for those burned alive by ISIS; not for Christians being dragged off to prison in China or exterminated in the Middle East; not for sex trafficking; not for child abuse inside or outside the Church. There is no reason fight against any evil — not when we are morally paralyzed by allowing the sacrifice of innocent human beings in the name of “freedom.”

As Alexander Solzhenitsyn noted years ago, evil has many “freedoms” that have allowed it to grow in America. Evil has gained a foothold in America in the name of “freedom.” And so now we are among people who think death is a positive good.

Doing evil in the name of good is the reason the Aztecs evolved into what the conquistadors found. We America are now Aztecs, too. We can presently claim no exceptional moral status.

But our country could claim it in the past. We are the nation that abolished slavery and rescued a continent from the horror that produced the Holocaust. We remain in many respects a most generous country.

There is still the possibility of regeneration of the America that has shown such tremendous moral fortitude in the past — an America that was willing to fight for what is good and true.

But rebuilding the moral foundations of our nations requires a return to God. Such a return will be characterized by repentance, prayer and spiritual renewal of the kind that sees clearly and utterly repudiates the evils so rapidly finding acceptance in our society.

Fay Voshell holds a M.Div. from Princeton Theological Seminary, which awarded her the prize for excellence in systematic theology. Her thoughts have been published in many online magazines, among them National Review, American Thinker, The Christian Post, LifeSiteNews, Russia Insider and RealClearReligion.