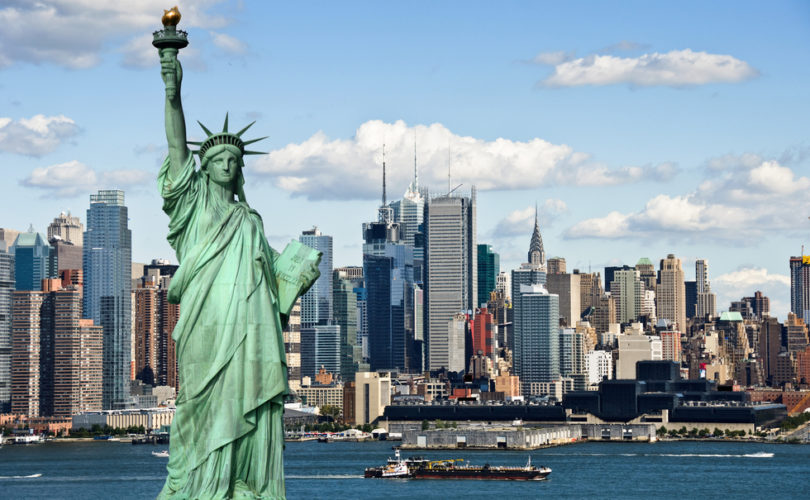 New York, January 4, 2016 (MassResistance) — This is where the radical “non-discrimination” laws are taking us, unless we stop them.

On Dec. 21, New York City’s Commission on Human Rights announced that it has re-interpreted the city’s transgender anti-discrimination law. The result is more radical and oppressive than we’ve seen so far in the U.S. It covers all people in the areas of employment, public accommodations (i.e., restaurants, theaters, stores, health clubs, etc), and housing. Included are fines of up to $250,000 for each violation.

MassResistance recently documented how the LGBT movement is working to leverage “transgender anti-discrimination” laws to force radical “gender indoctrination” on children in the nation’s public schools. As we observed, that’s only part of where this is headed.

The New York City Commission has released a 10-page manual stating specifically what it intends to enforce. Read the manual HERE.

Violations of the law in the City of New York now include:

Failing to use an individual’s preferred name or pronoun, such as calling a biological male “she” when requested. It’s also illegal to require proof of a legal name change or of “sex-change” medical procedures.

Restricting same-sex facilities, such as restrooms, locker rooms, and showers, to the persons of the biological sex. People’s “gender identity or expression” must be the indicator.

Limiting a person’s options to only “male” and “female.” How this works was not completely explained.

Sex stereotyping. If a company allows women to wear wigs, makeup, skirts, and jewelry – it must also allow men to do so. Any conversation about a person's non-conformity to gender norms is also prohibited.

Imposing different dress codes based on sex. Similar to sex stereotyping. For example, if a restaurant requires waitresses to wear skirts and high heels, it must also require male waiters do so. Or, it may not require only male patrons to wear ties. The Commission’s manual is very emphatic about this:

“Holding individuals to different grooming or uniform standards based on gender serves no legitimate non-discriminatory purpose and reinforces a culture of sex stereotypes and accepted cultural norms based on gender expression and identity.”

Transgender-inclusive health insurance. All employers must cover medical procedures for “transitioning” to the opposite sex and include other special “transgender” health care. The manual elaborates:

To be non-discriminatory with respect to gender, health benefit plans must cover transgender care, also known as transition-related care or gender-affirming care … Transgender care includes a range of treatments, including, for example, hormone replacement therapy, voice training, or surgery.

“. . . one’s internal deeply-held sense of one’s gender which may be the same or different from one’s sex assigned at birth. One’s gender identity may be male, female, neither or both, e.g., non-binary. Everyone has a gender identity. Gender identity is distinct from sexual orientation.”

Penalties. Violators can be fined up to $250,000 per violation. This can include employers, employees, and even members of the public at a public accommodation. In addition, the “victims” can be awarded “back and front pay, along with other compensatory and punitive damages.” Potential victims have one year to file a complaint with the Commission and three years to file with the court system.

Inversion of reality: Why they claim this is necessary

Why is all this necessary? In order to justify the imposition of such a ridiculous set of laws, they employ a tactic known as “inversion of reality.” The Left claims it is not only necessary but absolutely critical. It is similar to “The Big Lie” of the Nazis in the 1930s, and other totalitarian groups.

Here’s what the New York’ Commission on Human Rights states as part of its Administrative Code:

In the City of New York, with its great cosmopolitan population, there is no greater danger to the health, morals, safety and welfare of the city and its inhabitants than the existence of groups prejudiced against one another and antagonistic to each other because of their actual or perceived differences …  The council hereby finds and declares that prejudice, intolerance, bigotry, and discrimination and disorder occasioned thereby threaten the rights and proper privileges of its inhabitants and menace the institutions and foundation of a free democratic state.

Most people might see dangers to modern society as crime, the murder rate, terrorism, or even terrible public schools, not the intolerance of perversions. But this is how the Left actually sees reality. (The perceiver of true reality is now the criminal.)

Even a few years ago, this would be considered science fiction, a complete inversion of normalcy. Actually, it would have been too absurd for even fiction. (Not even the “Twilight Zone”!) But now because of these laws it must be considered not only normal, but mandatory. And no one (that we know of) fought back when they needed to.

In fact, the whole idea of a “transgender” person is a complete lie on many levels. It is particularly dangerous to the health of the individual involved.

It starts with the “transgender anti-discrimination laws”

The NYC Commission on Human Rights document freely admits that the all of this was leveraged from the city’s “transgender anti-discrimination law” dating from 2002. That is what the LGBT movement admittedly intends to use as a stepping-stone to a whole range of radical dictates.

Across the country these bills are being pushed furiously on both the city and state levels. (There is also a federal bill pending.) MassResistance has been warning of the danger of such laws and ordinances since 2007. (See our analysis of the Massachusetts “trans rights” bill introduced that year. The bill was repeatedly stopped in committee. A scaled down version was passed in 2011. This year theLGBT movement wants to finish the job – see below.)

As we’ve reported, this year it was stopped in Houston after a dramatic pro-family surge. They must be stopped everywhere. Unfortunately, in many places the pro-family establishment (especially the donor class) does not take this threat seriously.

Starting in January, the fight is in Massachusetts

In early January, the Massachusetts House of Representatives (to be followed soon by the Senate) will be voting on a similarly outrageous “transgender public-accommodations” bill. The LGBT movement is pushing it extremely hard. They know it will open the door to what is happening now in New York City.

As we’ve said in the past, it’s less stressful for pro-family people to simply label these as just “bathroom bills”. But avoiding the transgender issue does not confront the larger lunacy being forced on people, and gives the LGBT movement a free pass on its real intent.

Time is short. This must be stopped. If you live in Massachusetts and want to help, please email us!