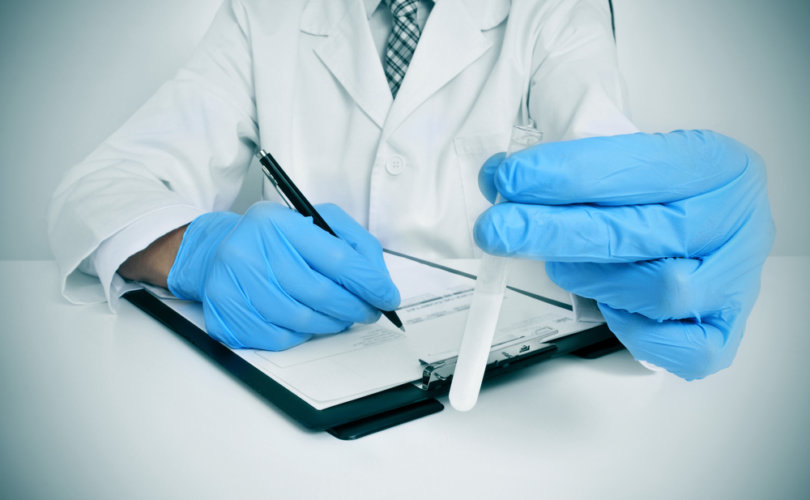 So while it’s open season on children conceived the natural way, Cuomo supports the artificial conception of children in the laboratory to be gestated for money.

Labeled the Child-Parent Security Act, the bill is predicted to pass. New York will join about a dozen states that already legalize commercial surrogacy. Other states allow surrogacy under specified conditions (e.g., married couples and “altruistic” surrogacy), while still others have no laws, meaning surrogacy is allowed by default (see map).

America’s widespread acceptance of surrogacy stands in sharp contrast to the rest of the world. Most European nations ban it. Even countries that had gained reputations as “reproductive tourism” hotspots have moved to limit it or outlaw it altogether, including Mexico, Cambodia, Thailand, and India.

The reason, given in a report by the Center for Social Research in New Delhi, is that “surrogacy degrades a pregnancy to a service and a baby to a product.”

New York currently has a ban on commercial surrogacy passed in 1992 in response to the infamous “Baby M” case in New Jersey. In that ruling, the state Supreme Court wrote that surrogacy for money is a form of baby selling, hence illegal. “There are, in a civilized society, some things that money cannot buy,” the court explained. “There are … values that society deems more important than granting to wealth whatever it can buy, be it labor, love, or life.”

The court held that the sale of children is morally problematic in the same way that slavery is problematic: Human beings are not objects that should ever be for sale.

The “Baby M” case involved genetic surrogacy, meaning the surrogate mother supplied the egg. Today the norm is gestational surrogacy, using a donor egg so the surrogate is not genetically related to the child but is only a “human incubator.”

But that practice is, if anything, even more dehumanizing to the women, who are reduced to rent-a-wombs. Julie Bindel, who identifies as lesbian, warns, “The accelerating boom in surrogacy for gay couples … represents a disturbing slide into the brutal exploitation of women who usually come from the developing world and are often bullied or pimped into selling their wombs to satisfy the selfish whims of wealthy gay or lesbian westerners.”

Bindel goes on. “This cruelty is accompanied by epic hypocrisy. People from Europe and the USA who would shudder at the idea of involvement in human or sex trafficking have ended up indulging in a grotesque form of ‘reproductive trafficking.’”

A member of the European Parliament argues that commercial surrogacy “reduces the woman to a reproductive machine and the child to an asset in a business transaction.”

The ethical principle here is that some things should be immune from commercial transactions — that some social spheres lie outside the range of the market. The most fundamental is the right of the human being not to be bought and sold. In Bioethics and the Future of Medicine, ethics professor Scott Rae explains that the reason we do not allow the sale of human beings “is that there are things that are so close to one’s personhood and individual self-fulfillment that they cannot be objects of barter without denigrating personhood.”

Artificial reproduction easily feeds into the dehumanizing mindset that children are marketable commodities to be manufactured through technological processes for paying customers. The babies that result may come to be regarded as artifacts — as depersonalized products that we plan, create, modify, and improve.

In addition, the sheer cost of high-tech reproductive services may “make procreation look more and more like business deals and consumer purchasing,” writes Ted Peters. In his book For the Love of Children: Genetic Technology and the Future of the Family, Peters warns that children may become merchandise to be “evaluated according to standards of quality control.” And “if the paying parents do not believe they are getting their money’s worth, they may reject the product.”

Already several cases have been reported in which surrogate mothers were asked to abort when the unborn baby turned out to have a disability — when the product was not perfect and the paying parents did not think they were “getting their money’s worth.”

Today, an attitude is spreading that anyone who wants a child has the right to have a child — even they are unable to conceive naturally — such as single individuals, women past menopause, or same-sex couples. But “there is no right to have a child under international law,” noted a United Nations Special Rapporteur. “Children are not goods or services that the state can guarantee or provide. They are human beings with rights.”

Gov. Cuomo has denounced New York’s ban on commercial surrogacy as “antiquated.” But new is not always better. It’s ironic that many developing nations have actually moved ahead of the United States in outlawing a dehumanizing practice that harms both women and children.

Nancy Pearcey is the author of Love Thy Body: Answering Hard Questions about Life and Sexuality. An editor at large of the Pearcey Report, she is also is professor and scholar in residence at Houston Baptist University.