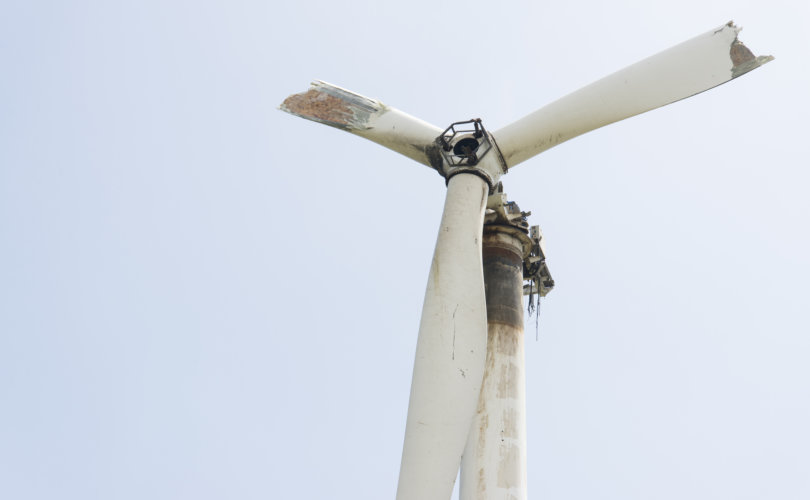 (American Thinker) – Everyone knows about the disastrous Green New Deal (GND) that is being foisted upon us by our federal rulers in D.C., however, few New Yorkers realize that our state is way ahead of the game when it comes to destroying modern life as part of the climate change hoax. We have our own version of the GND known as the Climate Leadership and Communities Protection Act (CLCPA).

Since the Democrats have held the legislature and governor’s seat, some of the most destructive programs and regulations have been imposed to stop the use of fossil fuels in our homes, cars, and every facet of our lives, without regard for the consequences.

In 2019, New York lawmakers approved one of the most aggressive climate policies in the world, requiring net zero emissions for all sectors of the state’s economy by mid-century. The CLCPA requires New York to acquire all of its electricity from carbon-free energy sources by 2040 and then reach net zero emissions by 2050. In fact, we are one of the few states in the U.S. (if not the only one) with legally binding emissions reduction targets that meet goals set by the Paris Climate Agreement.

As the Empire Center think tank explained, New York can increase its use of renewable energy and reduce greenhouse gas emissions, but it cannot do so cheaply while maintaining grid reliability.

Meanwhile, just as with the national GND debacle, no one will admit that we are nowhere near being able to go without the reliable energy sources (nuclear, oil, gas, coal and hydroelectric) that have served us so well since the beginning of the industrial revolution. Nor do we have sufficient storage capacity (batteries) for the energy that’s generated by unreliable wind and solar sources.

Business leaders are worried that our renewable energy infrastructure is not up to the job and that the misguided rush to lower carbon emissions is creating a concerning power deficit.

One of the worst decisions that was made by former Democrat Gov. Andrew Cuomo and his cronies was to shutter the Indian Point nuclear power plant in Westchester that had been an essential part of New York’s energy supply since the 1960s. In April of 2021, the last nuclear reactor was shut down resulting in an immediate loss of 25 percent of New York City’s electrical power.

Even policy researchers see Indian Point’s closure as a mistake because the loss of the major source of carbon-free power will likely lead to a void which will in turn be filled with electricity from natural gas, at least in the near future. They say that New York State has now made it much more difficult to meet its goal, adopted two years ago, to get to 100 percent carbon-free electricity by 2040.

The closing of the Indian Point nuclear power plant had the exact opposite effect to what was claimed would happen, and led to near-total dependence on fossil fuels to produce electricity in New York’s energy–hungry downstate region. A report issued last month by the New York Independent System Operator, which runs the state’s electrical grid, shows that in 2021, 89 percent of downstate energy came from natural gas and oil, up from 77 percent the previous year when both of Indian Point’s two reactors were still running.

Meanwhile, we are already experiencing the unintended consequences of the GND hypocrisy. Recently, during a brutally hot New York summer day, my suburban neighborhood began experiencing intermittent blackouts, before the power went out altogether. When it became clear that it wasn’t going back on anytime soon, the generators started coming on with a vengeance. Clean, safe, nuclear power never looked so good as grating noise and gasoline fumes filled the air of my quiet country lane as homeowners attempted to keep their lights and air conditioning turned on during the outage. Savvy New Yorkers know that these days, even if you’re not in the great north woods, you need a generator to survive the vagaries of our electrical grid.

You would think that the irrefutable evidence of destabilized energy systems, Gov. Kathy Hochul and her Democrat-Commie compatriots would back off a little, especially since this is a big election year. Sadly, because of their arrogance, incompetence, and stupidity, such is not the case and the Hochul Junta is moving forward with their biggest boondoggle yet.

The reality is that around 80 percent of New York City’s electric needs are still generated by fossil fuels. There is no way that this pork barrel smorgasbord will efficiently replace the city’s largest fossil fuel power plant and make it into a “renewable energy hub.” Coupled with the loss of Indian Point, Ravenswood could end up jeopardizing and destabilizing the city’s electrical grid indefinitely, unless there is a dramatic change in the political power structure of New York state.

Speaking of which – our elections are only a few months away and if ever there was a time when Republicans had a chance to take over the governor’s mansion and the legislature, it is now.

Between the CLCPA and Hochul’s other horrors, the Democrats shouldn’t have a chance, but then again, this is New York, a state that managed to elect both Andrew Cuomo and Bill DeBlasio. We can only hope that New Yorkers wake up before it’s too late and it’s “lights out” for good.