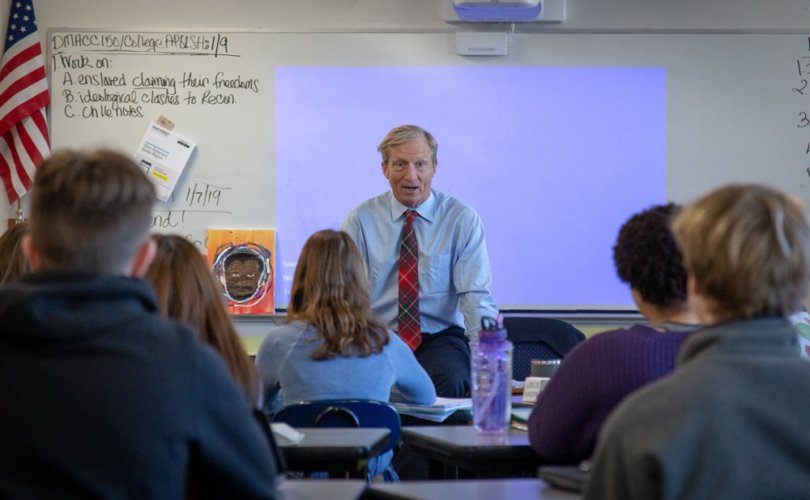 San Francisco's Tom Steyer has been true to his statement: “We try to separate the world into the stuff we can control and the stuff we can't.” Over the last two decades, he has donated almost $248 million to liberal candidates, PACs, and other political groups.

Steyer trumpets himself as a man of the people, but he made much of his $1.6-billion fortune by founding Farallon Capital Management LLC, which funded up to $2 billion in coal mines and international coal-fired power plant buyouts across Australia and Asia between 2003 and 2011. One of Farallon's most high-visibility deals was selling China coal power–producer Meiya Power to China's Guangdong Nuclear Power Company.

After he pocketed his winnings, Steyer seemed to have had a “green” epiphany in 2012. He now supports stopping climate change by canceling the Keystone Pipeline, reducing pollution-induced asthma, and supporting sustainable farm-to-table school lunches.

Most of Steyer's cash has gone into political action committees (PAC) and other organizations that supposedly spend money “independently” of candidates by running negative media attacks on Republicans. Steyer put his money where his mouth was in the 2016 election cycle as the largest individual political contributor at $89,794,744, with all Steyer's cash going exclusively to Democrats and liberal causes.

Operating under the name “Thomas & F. & Kathryn Ann Fahr LLC/Tom Steyer,” he has long been a Trump political foe. Steyer posted an essay in May 2016 declaring: “To say Donald Trump would be a disaster for our country, our democracy, and our future would be doing a grave disservice to the word 'disaster.'”

Angered that his checkbook did not stop Donald Trump in 2016, Steyer contributed another $73,819,973 in the 2018 midterm elections. All the cash again went to Democrats and liberal causes, including “Need to Impeach” Republican President Trump.

Steyer claims that in 2018, through his San Francisco NextGen America non-profit, he was able to generate the largest mobilization of under 35-year-old voters for competitive “swing district” in the history of the United States.

Apparently not satisfied with the other 24 Democrat candidates for president, the billionaire kicked off his own 2020 presidential quest with a commitment to spend $100 million on his campaign. As part the $1-million “big money” media buy to announce his campaign, Steyer issued a video tweet to educate the unwashed masses:

Almost every single major intractable problem, at the back of it you see a big money interest for whom stopping progress, stopping justice is really important to their bottom line[.]

Steyer's checkbook should help him quickly buy the biggest Democratic campaign infrastructure. In order to avoid a potential conflict of interest, Steyer said he would resign his administration roles with both NextGen America and Need to Impeach, but will still pump $50 million of new cash into the organizations during his presidential run.