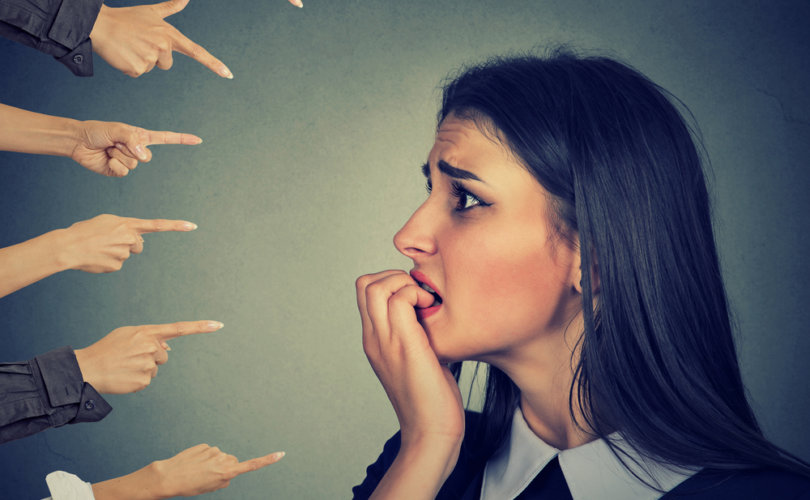 April 26, 2017 (BreakPoint) — In 1966, Time Magazine infamously posed the question “Is God Dead?” on its cover. Recently, it ran the same cover, only with the word “Truth” instead of God.

The literal answer to both questions is, of course, “no.” But both questions point to an issue that has haunted the West for more than a century: How do you justify morality in a society that increasingly lives as if there was no one to hold them accountable and define the difference between good and evil, truth and falsehood?

Ironically, while we’ve reached the point where we’ve effectively cut the legs out from beneath the idea of sin, we are still very much in the thrall of guilt.

That was the subject of a recent column by David Brooks in the New York Times entitled “The Strange Persistence of Guilt,” which, in turn, was inspired by an article of the same name by Wilfred McClay in the Hedgehog Review.

And here’s what makes the persistence of guilt “strange”:  The dominant worldviews of our age, as Alasdair MacIntyre wrote in “After Virtue,” have turned beliefs about right and wrong, good and evil, into little more than expressions of feelings. They should have freed us from feelings of guilt.

And yet we still feel guilty.

Instead of the easy-going relativism that should logically follow from believing that right and wrong, guilt and innocence, are a matter of feelings, we live in what Brooks calls “an age of great moral pressure.” We may “lack the words to articulate it,” and “religion may be in retreat, but guilt seems as powerfully present as ever.” Thus, as McClay writes, “Whatever donation I make to a charitable organization, it can never be as much as I could have given. I can never diminish my carbon footprint enough, or give to the poor enough . . . Colonialism, slavery, structural poverty, water pollution, deforestation—there’s an endless list of items for which you and I can take the rap.”

If we are tough on ourselves, we are merciless toward others. In Brooks’ words, “society has become a free-form demolition derby of moral confrontation,” such as “the cold-eyed fanaticism of students at Middlebury College and other campuses nationwide.”

This “strange persistence” of guilt leaves contemporary Westerners living in the worst of all possible worlds. Secularism and relativism have not liberated them from the need to “feel morally justified,” nor has it freed them from feelings of guilt.

What it has done is to deprive people of the means to do anything meaningful about their sense of guilt. As Brook says “we have no clear framework or set of rituals to guide us in our quest for goodness. Worse, people have a sense of guilt and sin, but no longer a sense that they live in a loving universe marked by divine mercy, grace and forgiveness. There is sin but no formula for redemption.” That’s because if there were true forgiveness and redemption, there would have to be an acknowledgement that there was something that needed to be forgiven and something about us that needs to be redeemed.

At this point, I’m left thinking about the passage from Matthew, where we’re told that when Jesus “saw the crowds, he had compassion for them, because they were harassed and helpless, like sheep without a shepherd.”

Brooks ends by saying that what people need is more “than the cheap grace of instant forgiveness.” They need a way to prevent the “private guilt everybody feels” from being “transmuted into a public state of perpetual moral war.”

And they need a personal introduction—or re-introduction—to the Good Shepherd who has already shown how far He will go to love and forgive them.