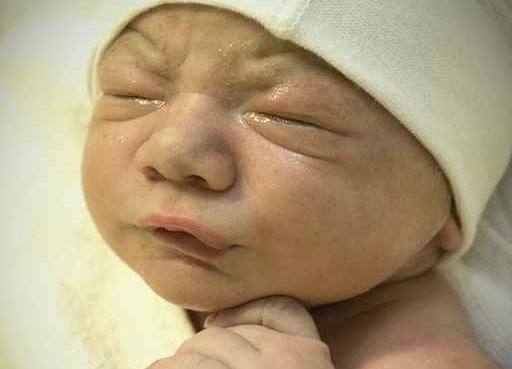 Aug. 17, 2015 (LifeSiteNews) – As volunteers in the pro-life movement, there are many instances where we aren't able to see the fruits of our labor. From the dedicated sidewalk counselor who prays her words have reached a young mother contemplating abortion to those who spread the joy of adoption, we can sometimes go days, months, even years without seeing the results of our efforts. This often makes it a challenge to keep our hearts and minds focused on that for which we are truly fighting – mothers and their unborn babies. To that end, we must continue to be faithful and trust that we are following God's plan.

But every once in a while, we are rewarded by that one special moment in time when a plan is realized before our very eyes, allowing us to experience first-hand the impact our actions have made on the life of another and the beautiful ripple effect it has on the lives of those around them. It's this rare and special moment that makes all those years of work and dedication worth it.

This is one such moment for me.

On August 1, 2015, I received a message in my inbox on Facebook from someone who was inquiring if there was a Safe Haven Baby Box near their location. Since Safe Haven Baby Boxes are not legal in any state yet, I was concerned, although this wasn’t the first time I had gotten a message like this. On average, I receive about 20 emails and messages a day with questions and comments regarding the baby boxes, from people asking specific questions to those who simply want to know how they work.

Due to the casual nature of the inquiry, I didn’t view the message as urgent and added it to my growing list of messages and calls to return. A few hours later, my cell phone rang from a phone number that I didn't recognize. My phone number is published on all of my sites as I want young women in crisis to know that I'm here for them. I quickly answered the call and was surprised to discover that the caller was the young girl who had sent me the Facebook message.

To protect her privacy, I'll call her “Jane.” Jane told me that she was pregnant, that no one knew about the pregnancy, and that she was pretty sure the baby was coming any day now. Alone and frightened, Jane had no interest in either a parenting or an adoption plan, and she was adamant about remaining anonymous. She went on to tell me that she was starting college in the fall. Her parents had no idea she was pregnant and she didn’t want to disappoint them. Jane was concerned that others would judge her and her situation. I was quick to assure her that simply wouldn’t happen and to promise I would do everything in my power to help her.

After gathering as much personal information as I could, I quickly contacted a hospital in her area and spoke to a social worker about Jane's situation.  The social worker advised me to have Jane contact her right away. I immediately called Jane and gave her the social worker's name and number and Jane promised to contact her. Since that day, I attempted to contact Jane but to no avail. I hoped that Jane would do the right thing, but all I could do now was pray and wait for a phone call that might never come.

A few days ago as I was driving to Michigan, I received a call from the social worker who had agreed to help Jane.

“Monica, I have some great news for you,” she said. “Jane came in yesterday, delivered a healthy baby, and surrendered the infant under the Safe Haven Law.”

My initial reaction was stunned silence as I attempted to comprehend what the social worker was telling me. Suddenly, my eyes filled with tears at the thought of Jane's incredible selflessness and sacrifice as she put her baby's needs above her own. My heart began to sink for Jane who, alone and scared, had the courage to give up her child to the beauty of adoption. In an instant, though, that sorrow turned to joy for the baby now saved from abandonment.

Sometimes it's easy to forget that we truly never know what a young woman goes through when confronted with seemingly impossible choices, especially if we've never been in that situation. But as a child who was once abandoned by my birth mother and then later reunited with her, I know the love this young woman has for her child. As was the situation of my birth mother so many years ago, Jane loved her child so much that she was compelled to act in that child's best interest. Decisions such as these are courageous and should be honored, respected, and celebrated.

Our Safe Haven motto is “No Shame, No Blame, No Names.” For Jane, that is exactly what we did. Thank you, Jane, for standing up for the life you created and doing the best that you could for your baby. Please know that your child will be loved by two parents who prayed for this precious gift of life.

The Safe Haven Law is in all 50 states and allows a young woman in crisis to relinquish her child at any approved Safe Haven location with no questions asked.

For more information on your current Safe Haven Law go to www.SafeHavenBabyBoxes.com