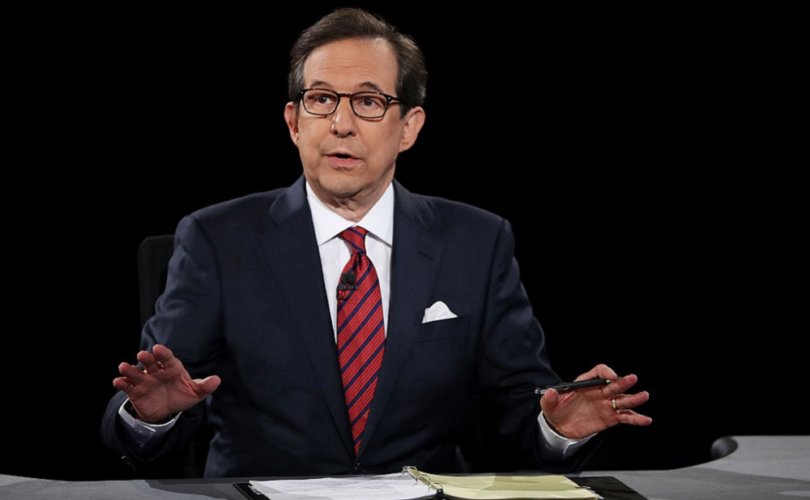 October 5, 2020 (American Thinker) — On Tuesday night, during the first presidential debate, Chris Wallace was weak and ineffectual. He was also a partisan without the decency to admit it. On Wednesday, Wallace blamed Trump for his own failings, a coward's way out. And Friday, he announced that Scott Atlas, M.D. is not qualified to talk about Wuhan virus policy because he is not an epidemiologist. This almost random collateral attack has nothing to do with the important skill sets Atlas brings to Trump's White House Coronavirus Task Force.

The real reason why Scott Atlas is in the left's crosshairs is that he's a new voice on the White House Coronavirus Task Force, and he's saying things the left dislikes. His usefulness lies in the fact that he's a brilliant man who is a counterweight to Fauci, who is all in for locking America down indefinitely.

Although Fauci is primarily responsible for Trump's initial approach to the virus — an approach the left now claims leaves Trump with blood on his hands — the left loves Fauci. Leftists resent that Trump has added an opposing voice to the Task Force.

The left's hostility to Atlas reflects a general problem with socialists: they value only their opinions (think “cancel culture”) and invariably embrace groupthink. Groupthink creates conditions for Lysenkoism in scientific endeavors. This can be incredibly dangerous because there's no one to point out their factual errors or fallacious reasoning and conclusions.

Atlas's ideas are especially repugnant for a party invested in the shutdown. Atlas, having looked at Sweden versus the rest of the world, concluded that, now that we have a better handle on the Wuhan virus, there's a lot to be said for re-opening the country, protecting the vulnerable, and letting the virus run its course. Atlas is also dangerous because he's opposed to Obamacare and might be a loud voice for continued changes to allow the free market to bring down medical prices in America.

Certainly, Atlas has respectable credentials. He has a B.S. in biology and an M.D. from the renowned Pritzker School of Medicine in Chicago. He specializes in neuroradiology and worked and taught at Stanford University Medical Center, one of the most prestigious medical institutions in the world. He is also a senior fellow at the Hoover Institution and has been a health care policy adviser for over a decade. His record shows that he's brilliant, that he's fully versed in core medical issues of the kind all doctors must know, and that he has a full understanding of biological processes.

I have a particular fondness for Atlas because he wrote one of the best medical articles ever written. Called “The Worst Study Ever,” he explained in clear, data-rich terms why the study known as the “World Health Report 2000,” in which the World Health Organization gave America a very low rating, was a sham:

In fact, World Health Report 2000 was an intellectual fraud of historic consequence — a profoundly deceptive document that is only marginally a measure of health-care performance at all. The report's true achievement was to rank countries according to their alignment with a specific political and economic ideal — socialized medicine — and then claim it was an objective measure of “quality.”

Sadly, the article is no longer available online.

Chris Wallace, once again showing his leftist orientation, has offered a peculiar complaint about Atlas's new role working with the White House. Despite Atlas's vast areas of study and experience, Wallace is troubled that Atlas is not a credentialed epidemiologist:

Chris Wallace, on FOX: “I'm going to say something, and folks, I'm just trying to give you the truth. Scott Atlas is not an epidemiologist… he has no training in this area at all. There are a number of top people on the WH task force who have grave concerns about Atlas”

Wallace's criticism is particularly strange given that Fauci, whom Wallace seems to appreciate, is not an epidemiologist, either. Instead, he's an immunologist.

The reality is that the best task force will always pull in highly intelligent, informed people who have a reasonably wide range of expertise and a willingness to examine different issues and approaches. Wallace, though, doesn't want someone who will challenge Fauci, even though Fauci was the man responsible for Trump's initial approach to the Wuhan virus — an approach that leftists now claim was a disaster.