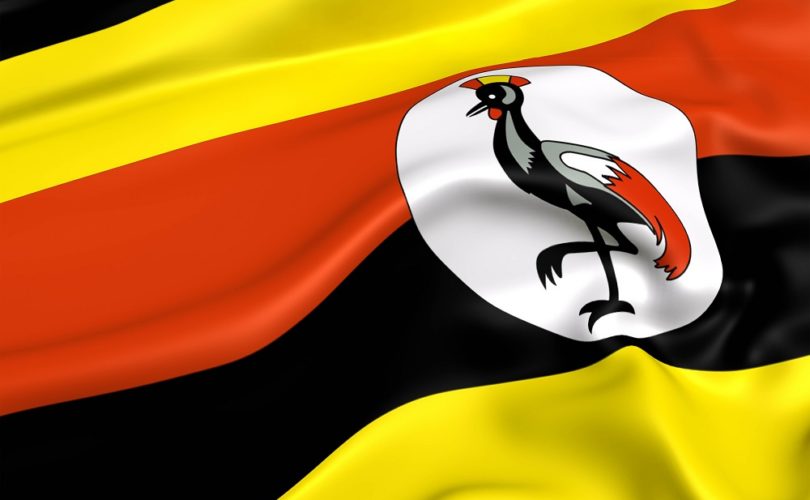 December 3, 2015 (LifeSiteNews) – What our readers have been telling me they like about LifeSite is that nobody else is reporting what we report.

A great example was this week's true story of the Ugandan martyrs, which came up when Pope Francis visited Uganda but which the Pope barely touched on. The true story is that the King Mwanga II of Buganda – what is today southern Uganda – killed 45 or 47 of the country's first Christian converts (roughly half were Catholic and half Anglican) in his royal court because they rejected his homosexual advances.

Pope Francis isn't the only one who left out this obvious but inconvenient truth. So did news organizations both liberal and conservative. The very liberal National Catholic Reporter glossed over the homosexual aspect, saying the martyrs were “burned alive for their faith under a persecution by a local king.” The National Catholic Register and the Catholic Herald in Britain, both conservative, also left out the homosexual aspect.

GetReligion.org, which reports on the mainstream news media's coverage of religious issues, found one secular news organization that  got it right: CBS-AP. Get Religion faulted two of the most reputable for leaving out the homosexual angle: the New York Times and the BBC.

Since it's right there in Wikipedia for even a lazy reporter to find, and since a story mixing religion and aberrant sexuality ought to be an easy call for any journalist, and since the African Church's persistent hostility to homosexuality is a hot issue currently, this omission begs for an explanation.

The reason, I believe, is that the story doesn't fit the prevailing narrative, which is that Africa's “homophobia” is an import from Evangelical America. This I first encountered in 2010 at a lecture on Uganda's then unpassed but highly controversial anti-homosexuality legislation. Giving the talk was a local professor whose topic was “Politics and the 'Word of God': Tangled Webs of Uganda's Anti-Gay Bill.”

In a voice dripping with condescension, the professor portrayed Ugandan mainstream Christianity (Catholic and Anglican) as primitive, emotional, and childlike. Ugandan “Christianity seems to have bypassed the Enlightenment and the Reformation,” he told us, making it clear that this was definitely a Bad Thing, because it meant that Scripture, in Uganda, would not be subjected to Reason.

Because of the Ugandans' alleged guileless immaturity, the professor continued, they were easy marks for Yankee Evangelical Christians peddling homophobia. And while it is true that several important American Evangelicals – Scott Lively of Abiding Truth Ministries and Don Schmierer of Exodus did give workshops in Uganda warning religious leaders, quite justifiably, of the U.S.-led campaign to normalize homosexuality worldwide – what the learned professor left out was…well, the Ugandan martyrs.

Why? My guess is because those martyrs gave the lie to his presumption that the poor dear Ugandan Christians could not have come by their anti-homosexuality naturally or, more accurately, indigenously. It had to be an American import. This ignores not only the martyrs, but the inescapable fact that all across middle Africa, there has long been and is now a strong aversion to homosexuality in places the Americans never visited.

The professor had another putdown for Uganda. Noting that its leaders were vowing to set an example to the world by resisting the homosexual juggernaut with their tough law, he mocked them gently for thinking their little country could show the world anything.

So this professor not only left out the martyrs (as he later admitted to me, because he wasn't sure it was important), but also somehow missed the Ugandan miracle: the country's controversial success in turning back another juggernaut, not unrelated to homosexuality – the AIDS epidemic. Here Uganda had shown the world, and the world did its best to cover what the little country had to show.

While the rest of Africa adopted a three-part approach that was unsuccessful, based on risk reduction with condoms, testing, and drug treatment, Uganda developed its own ABC campaign, for abstinence, being faithful, and condoms if necessary.

The AIDS establishment, led by American homosexuals, pushed a methodology that stayed away from both traditional morality and behavior modification, because the Africans were deemed incapable of changing their innate promiscuity. But condom campaigns in Africa, honest observers were admitting, did not so much prevent infection as encourage multiple partners, whether or not condoms were worn (and frequently they weren't, and aren't, even available).

But in Uganda, the government teamed up with the churches and mosques and promoted behavior consistent with Christian and Islamic morality: no sex before marriage, and fidelity within it (“zero grazing” was how it was cleverly phrased for this pastoral people). Condoms were added as the final method not so much as an afterthought, but as a sop to the international aid agencies, for whom condoms had assumed sacramental status and who controlled the purse strings.

Uganda reduced AIDS prevalence in adults from 15% to 5%, a turnaround unparalleled in Africa. But with a third of the country's GDP coming from foreign aid, it had to bow to the AIDS establishment eventually, sending its prevalence rate climbing to 9%.

Why is the AIDS establishment so opposed to behavior modification? Many homosexuals identify their sexuality with specific unnatural practices. They argue that giving them up would be an admission that there is something wrong with or abnormal about the practices (which certainly make it easier for men get AIDS).

This has turned into an article of faith: nobody should change his basic sexual practices to fight AIDS.

Just as the Iron Curtain once descended over Europe, in Winston Churchill's immortal phrase, now a veil of silence is falling over public discourse, cloaking all negative references to homosexuality – in scholarship, in politics, in public health policy and foreign aid, and even in the Catholic press. No facts can stand in the way of the LGBTQ march toward normalization and celebrity.