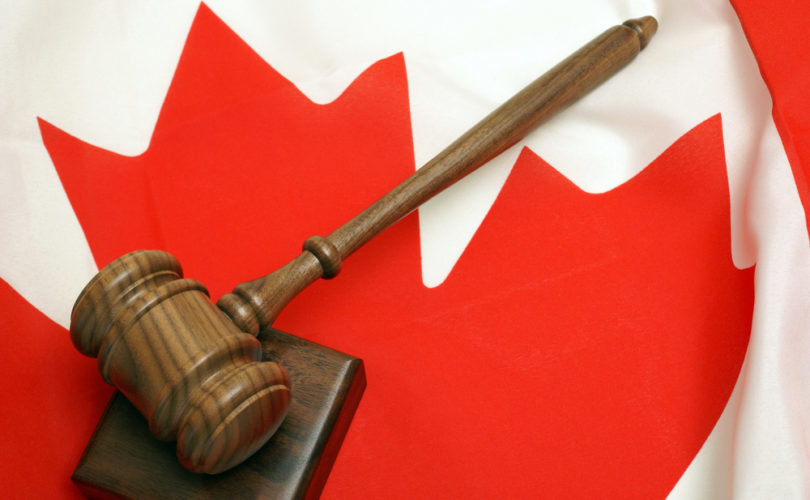 February 2, 2015 — Here's a salute to the courage of Justice Jamie Campbell of the Nova Scotia Supreme Court, who ruled in favour of Trinity Western University on Wednesday. The judge found that the black-robed pharisees of the Nova Scotia Barristers' Society could not exclude TWU law grads just for rejecting same-sex marriage.

Will the N.S. Barristers' Society choose to appeal? Will courts in Ontario and B.C., where similar law suits are pending, follow this decision? All this remains to be seen, and so, the last word has not yet been spoken on the fate of law grads from Trinity Western University.

Very important though, as Kelly McParland points out in the National Post, is that Justice Campbell made it clear that:

“In trying to shun TWU students…the law society exceeded its authority. Its mandate to regulate legal practice in Nova Scotia does not include the power to order universities or law schools to change their policies. There is no indication TWU students would be inadequately trained, yet the law society would ban them anyway,…If TWU did not exist, the same students holding the same beliefs would be free to obtain law degrees elsewhere.”

The witch hunt is thoroughly uncloaked. There is no permissible reason to exclude TWU grads from the practice of law. These law grads will be properly trained like all other law grads. The only issue here is that TWU's covenant presents the law society with a unique opportunity to discriminate by viewpoint, because these law grads have conveniently placed labels on their foreheads stating “oppose same-sex marriage.”

Given such clear and easy bait, the sharks of elite leftist atheism could not resist taking a bite. It's so obvious what has happened here. The Christian religion has become painfully inconvenient in the legal field, since it clashes head-on with the mandatory mantras of leftist atheism.

The result: the anointed keepers of legal order in three provinces, including Canada's largest, have shown their resolve to violate the law, and to scorch TWU's proposed university to the ground for one reason only: because TWU's grads have voluntarily chosen to adhere to a covenant which declares that marriage is only between man and woman.

Is it 'racist' to oppose same-sex marriage?

TWU is not really at issue here. It is just a convenient lighting rod. After all, torching TWU's law school doesn't solve the underlying problem, because as Justice Campbell points out, the same students with the same beliefs will still graduate from other law schools. So why deny these students admission to the bar? Clearly, it is the viewpoint itself that is being attacked.

What the law societies are really telling us is that anyone who doesn't support same-sex marriage is equivalent to a racist, and is not welcome to practice law in their provinces.

Are they prepared to create a litmus test to that effect, to screen all prospective lawyers for their viewpoints on marriage? Given the irrational zealotry of these barrister gestapo, perhaps that will be the next step. They would be only too happy to see Christian and Muslim lawyers, among others, packing their files.

Shame, shame, shame on Canada's pampered legal elites for this violation of legal precedent and an egregious travesty of moral justice. May Judge Campbell's ruling be the last word on this matter, echoed in all other forums. These lawsuits should never have been necessary.

A new secular Sharia in medicine too

But the legal profession is not alone in attacking Christians these days. If anything, supporting a new type of secular Sharia seems to be the in-thing among Canada's enlightened class.

In Ontario and in Saskatchewan, the doctors' licensing bodies have issued draft regulations that will force doctors to refer for contraceptives and for abortions, even if such treatments go against their most deeply held religious and ethical beliefs. As such, doctors have been given an ultimatum: toss your religious convictions and follow the party line or get out of the medical field.

How's “medicine without conscience” as a new motto for Canadian doctors, just in time for the impending legalization of assisted suicide by the Supreme Court?

So who cares? Here and there, a smattering of articles in the media, but there is certainly no peoples' revolt on the way. In fact, my random conversations seem to indicate that many ordinary people support the regulations against doctors, under the misguided belief that they will be protected from the random creeds of physicians whom they can't even choose in a public system.

This fear is a result of our multicultural mishmash, where every belief is celebrated as equally valid. But there is a deeper root in this ground. More Canadians than ever are identifying as atheist, and in a world where there is no God, there is no source of independent truth. Who else can determine morality then, if not the government?

What's more, most Canadians have been thoroughly indoctrinated into the cult of “tolerance” and “niceness”. We can't possibly put up any resistance, because that would involve clashing with the opinions (and perhaps the “identities”) of other people, such as our co-workers and friends. And so, we continue to smile even as we are crushed. The one thing worse than being smitten is apparently to make a fuss about it.

Why should we speak up?

Why should anyone care if a few doctors and lawyers are silenced? For one thing, other professions will likely follow suit. Teachers, nurses, dentists, and other professionals could all stand to lose their licenses for speaking out against same-sex marriage or for refusing to compromise their respect for human life and procreation.

Even those who agree with same-sex marriage and who support abortion or contraception should be concerned. Freedom is not divisible based on viewpoints. If one group loses it, it's only a matter of time before the ruling party comes for you too. The only people who are left to speak “freely” in the end are the ones who parrot the party line.

That kind of “freedom” exists in North Korea too.

Reprinted with permission from Mama Takes on the World.