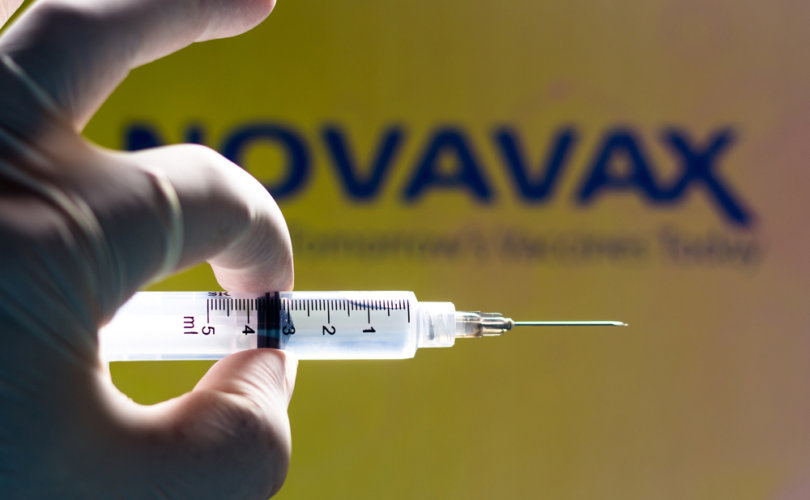 (Personhood Alliance) – Despite Novavax’s public statements that its COVID-19 vaccine does not have any connection to abortion-derived cell lines, evidence from a private letter and Novavax’s own published study shows that the HEK293 aborted fetal cell line was used in the testing phase.

After filing a request for emergency use authorization of its COVID-19 vaccine in the U.S. in January, Novavax, Inc., reports its protein-based vaccine does not have any connection to abortion-derived cell lines. In a recent Christianity Today article, which erroneously claimed the vaccine is “the first without links to aborted fetal cell lines,” a Novavax spokesperson was quoted as saying:

“No human fetal-derived cell lines or tissue, including HEK293 cells, are used in the development, manufacture, or production of the Novavax COVID-19 vaccine candidate, NVX-CoV2373.”

Though this statement is accurate, it is at the same time, deceptive. Novavax used an ethical cell line obtained from moth cells in the production and manufacture of its vaccine. However, the HEK293 cell line was used in the testing phase, as revealed in a scientific paper published by Novavax itself. The HEK293 cell line was originally harvested from the kidney of an aborted baby girl in 1973.

When presented with this evidence, the Novavax spokesperson provided another careful answer—that Novavax “did not use HEK293 cells in the testing of NVX-CoV2373.”

However, in a letter obtained by the Charlotte Lozier Institute from a medical colleague who requested information from Novavax (shown below), Novavax admits that HEK293 cells were indeed used as part of the testing phase for NVX-CoV2373:

In this same letter, Novavax also stated that “fetal-derived cell lines were not used in the manufacture, testing, or production of the Novavax COVID-19 vaccine.”

Enough with the double-speak.

Novavax’s public and private statements are confusing. Even if no live HEK293 cells were used in the test (and the study focused only on a structural comparison of the two proteins, using what is generally known about the HEK293 protein), Novavax still relied on knowledge obtained by harvesting the kidney cells of a pre-born baby girl who was intentionally killed.

If Novavax is interested in providing a COVID-19 vaccine “to a lot of people who have been hesitant to get other vaccines,” as its CEO Stanley Erck has said, then why not just speak plainly to the public? For many people, COVID-19 vaccine hesitancy stems from the vaccines’ connection to abortion.

There is a completely unnecessary connection to abortion present in Novavax’s vaccine.

The use of aborted human cell lines is not necessary at any point in the vaccine creation process—design, production, or testing. Novavax, like all biotech companies, has available to them ethical cell lines that are free of any connection to abortion.

Dr. David Prentice of the Charlotte Lozier Institute encourages Novavax and other biotech companies “to publicly dissociate themselves from any further use of illicit biological materials.” Dr. Prentice adds:

“This would go a long way to calming concerns, increasing goodwill, and frankly, decreasing use of such materials in labs. We celebrated Sanofi moving away from abortion-derived cells for production of their polio vaccine. We should encourage similar moves now regarding even post-production testing.”

“There are alternative human cell lines that are not only free of ethical controversy but also offer scientific advantages to the HEK293 cell line for vaccines or routine drug testing.”

According to Dr. Moy, the HEK293 cell line is problematic far beyond the ethical controversy:

But the future of biotech can and should be pro-life.

— Article continues below Petition —
PETITION: Appeal to Catholic Leaders to reject abortion-tainted COVID vaccines and mandates!
Show Petition Text
12149 have signed the petition.
Let's get to 12500!
Thank you for signing this petition!
Add your signature:
Show Petition Text

Cellular Engineering Technologies and the John Paul II Medical Research Institute have created what Dr. Moy calls “the largest pipeline of ethical human cell lines that do not require the use of aborted fetal cells or embryonic stem cells.”

The future use of HEK293 and other abortion-derived cell lines is, thankfully, in jeopardy. The Personhood Alliance encourages the biotech and pharmaceutical industries to publicly commit to using ethically derived cell lines in the design, production, and testing of vaccines and other therapeutics.

This, of course, includes Novavax.

Reprinted with permission from Personhood Alliance