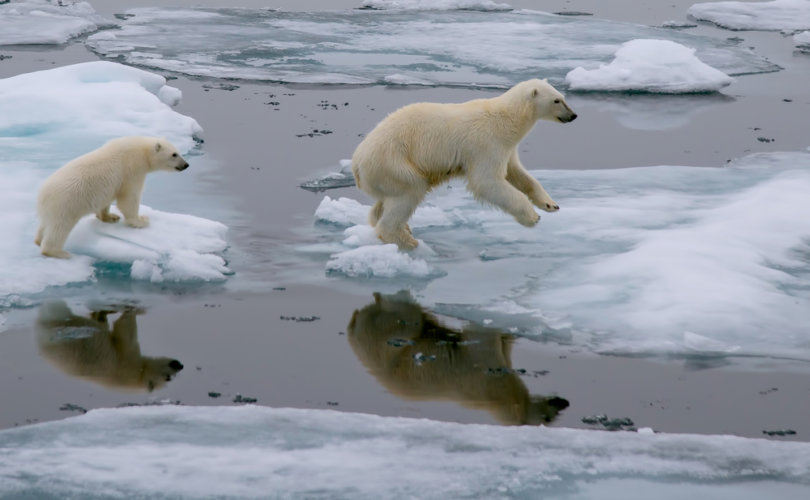 That was the audacious question NPR’s website and All Things Considered radio show asked on Aug. 18, as it promoted a college professor’s “radical” proposal that people need to have fewer children because of the “prospect of climate catastrophe.”

The academic proposed a “carbon tax” on children, to decentivize procreation, in wealthy nations.

NPR correspondent Jennifer Ludden reported that Professor Travis Rieder presented “moral” arguments to James Madison University students, claiming the best way to protect future generations from the threat of climate change is “by not having them.”

A philosopher, Rieder told them that having fewer children reduces carbon emissions more effectively than not eating meat, driving hybrid cars, and using eco-friendly appliances. Ludden’s article posted on the NPR website about the interview with Rieder was even more positive. In it she wrote that his claims “sound pretty persuasive in the classroom.”

Such anti-life arguments are typical of the left, including the environmental left.

According to the article, Rieder and his Georgetown University colleagues, Colin Hickey and Jake Earl, have a plan to save the earth which was described as “carrots for the poor, sticks for the rich.”

They are asking richer nations to “do away with tax breaks for having children and actually penalize new parents.”

Rieder described his strategy as a “carbon tax, on kids,” and said it should be “based on income” and raised for “each additional child.” He claimed that punishing people in wealthier nations for having large families is “not like China’s abusive one-child policy” because it targets the rich rather than the poor.

However, Climate Depot’s Marc Morano strongly disagreed, writing, “U.S. environmentalists are taking a page from China's mandatory one-child policy even as China abandons the policy. If these wacky climate activists believed their own literature they would realize that 'global warming' may lead to less kids!”

Rieder claimed to have the moral high ground, saying, “It's not the childless who must justify their lifestyle. It's the rest of us.” In the radio program, he said his family is “one and done” even though his wife Sadiye formerly wanted a “big” family.

When a student asked, “What happens if that kid you decided not to have would have been the person who grew up and essentially cured this,” Rieder called it a good question. But then he added that “valuing children as a means to an end…” is “ethically problematic,” according to NPR.

He dismissed such positive views of human potential, saying the “chances are slim.”

It was not the first time Ludden revealed her liberal bias towards environmental issues. In 2013, she also complained that schools were still teaching both sides of the global warming debate.