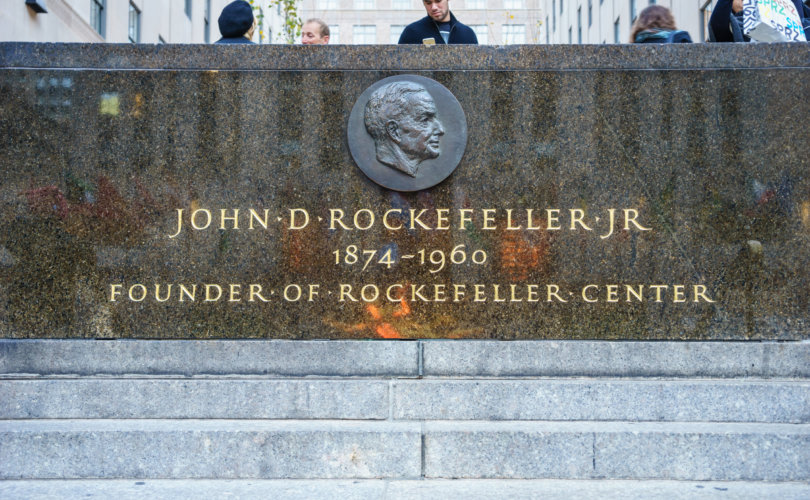 (NewsBusters) – The leftist activists at the notoriously pro-abortion, pro-population control and anti-Israel Rockefeller Foundation will bankroll NPR’s reporting on climate change, according to a recent press release.

NPR (National Public Radio) announced that it will launch a “new climate desk” to advance green propaganda in the U.S. and abroad, according to a Sept. 14 press release on its website.

What Kissack didn’t mention is that the Rockefeller Foundation is radically partisan and owes much to the Clinton political machine.

This isn’t the first time that the Rockefeller Foundation has attempted to tip the scales in favor of climate fanaticism.

The Rockefeller Foundation also helped build a climate misinformation arm at the Associated Press. That money helped AP reach $8 million in funding “to cover climate issues” for the “largest single expansion” paid through leftist philanthropic grants in the outlet’s history.

Kissack openly admitted that the Rockefeller Foundation’s money will help NPR swing public opinion in favor of green extremism. “With the NPR newsroom and Member stations, we’ll strive to do stories that shape the national conversation on climate change.” [Emphasis added.]

The goal of the leftist agenda is to control society so as to create a communistic world. The left has been working on this in America for just about 100 years now. Climate hysteria advances this agenda by scaring the public into giving the government virtually total control over the economy and our lives – where you live, what you eat, how you get around, how many children you have, what kind and how much energy you can use and much more. [Emphasis added].

NPR has acted as a sponge for leftist money, despite its claims to be an “independent” news network.

“NPR’s climate expansion has also been made possible by the Chan Zuckerberg Initiative, whose funding is helping NPR to add a new Climate Solutions reporter.”