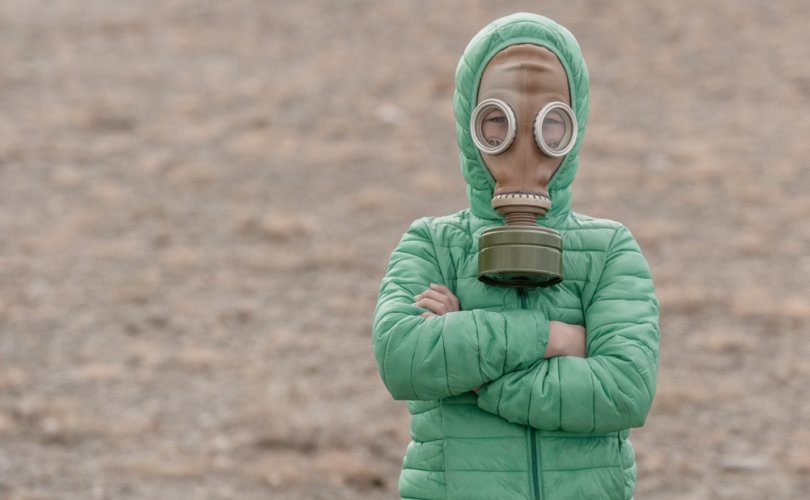 March 9, 2020 (American Thinker) — “Codswallop” is one of those interesting words that might have been used by Supreme Court justice Anton Scalia in a dissenting opinion, or by conservative intellectual William F. Buckley in describing some liberal policy.

It’s a British expression that refers to words or ideas that are foolish or untrue — in other words, nonsense.

While codswallop is a good description of the entire Democrat agenda, today I will restrict its use to the hysteria surrounding the coronavirus outbreak, media fear-mongering, and resulting public panic.

Big media are all about ratings, view, and clicks, hence their axiom, “If it bleeds, it leads.” A viral outbreak is the perfect story, on par with a missing Malaysian airliner or a celebrity football player named OJ on trial for murder.

The added bonus is that any negative news can be laid at the feet of a president loathed by the media, who just so happens to be running for re-election. The media are in full campaign mode, trying desperately to drag the carcass of one of their corpselike candidates across the presidential finish line.

Stoking fear over quarantines and supply chain disruptions has sent the stock market on a downward roller coaster ride. One of President Trump’s major achievements is the roaring economy. Taking the stock market down 25% or more may help the Democrats. But by the numbers, the economy is still roaring, bolstered by the February jobs report of 273,000 added jobs, more than expected, and record-low 3.5% unemployment.

Despite the hair-on-fire reporting of coronavirus news, let’s look at some actual numbers, rather than the codswallop from CNN or MSNBC. Statistics from the Centers for Disease Control and the Johns Hopkins Coronavirus Dashboard are illustrative.

At the time of this writing, there are 107,352 cases worldwide, 3,646 deaths, and 60,558 recoveries. Fifteen of those deaths occurred in the U.S. The odds of recovering are far higher than the odds of dying.

Cases in mainland China have peaked, with few added cases over the past week. Cases elsewhere are on the rise, following the same pattern as China in early February. Recoveries are rising at an even faster rate.

Granted that China may be better equipped to institute mandatory quarantines and travel restrictions under their command and control government, the pattern is similar to the disease course for other viral epidemics.

Anthony Fauci, M.D., of the National Institutes of Health and a member of the Trump administration’s task force, gave some perspective in a New England Journal of Medicine editorial:

The median age of the patients was 59 years, with higher morbidity and mortality among the elderly and among those with coexisting conditions (similar to the situation with influenza).

The overall clinical consequences of Covid-19 may ultimately be more akin to those of a severe seasonal influenza.

In other words, the coronavirus may be a nastier version of the seasonal flu, potentially fatal for the elderly and infirm. How many Americans die from the flu each day? Let’s ask the CDC.

Influenza and pneumonia caused 55,672 deaths in the U.S. in 2017, or 153 persons per day. As a reminder, only 15 have died from the coronavirus to date, the number dying in any four-hour period from the flu.

Over the past decade, influenza has affected between 9.3 and 45 million persons each year, depending on the flu severity. Hospitalizations for the flu have ranged from 140,000 to 800,000 persons per year, and deaths varied between 12,000 and 61,000 each year.

These numbers, in America only, far eclipse the number of coronavirus fatalities worldwide, about 3,600 thus far. This could and will likely change, but are the numbers worthy of the hair-on-fire reaction from cable news anchors and Democrat politicians?

Remember the coronavirus mortality rate of 3.4% pushed by the World Health Organization, the global Deep State’s health mouthpiece? President Trump said that number was too high and was excoriated by the liberal media, eagerly willing to trade a bunch of dead Americans for a Trump defeat in November.

It turns out the president was correct. Health and Human Services assistant secretary Admiral Brett Giroir declared, “The best estimates now of the overall mortality rate for COVID-19 is somewhere between 0.1% and 1%.”

For comparison, the fatality rate for the seasonal flu is 0.1%. The coronavirus fatality rate is likely similar to the 0.1–1% figure based on confirmed cases. How many individuals have a normal cold, when in reality they have the coronavirus, and recover after a week? That would mean that far more are infected but are unreported, as their infection is a nonevent, making the fatality rate lower than reported.

Look also at past viral illnesses, far more lethal than the coronavirus. The fatality rate for MERS and SARS was 34.4 and 9.5% respectively. Neither illness generated as much media hysteria as coronavirus.

Swine flu, also known as H1N1, happened on Obama’s watch. With over 60 million cases in the U.S., and over 12,000 deaths, where was the vitriol hurled at Obama, compared to what we are seeing directed toward Trump?

Another number ignored by the media is the number of cases of coronavirus per capita. The U.S. rate is obviously far lower than China, South Korea, and Japan, but also lower than Italy, France, Germany, and Spain.

President Trump’s decisive actions, again contrary to media reporting, are responsible for keeping U.S. numbers down due to his travel ban.

For additional perspective, heart disease kills 1,774 persons a day, cancer 1,641, accidents 466, and strokes 401 per day. A recent tornado in Tennessee claimed 24 lives, almost twice the number of Americans who died from the coronavirus thus far.

Some other numbers offer perspective. Americans die each year from unusual causes. One hundred sixty die each year from autoerotic asphyxiation, 67 are victims of serial killers, 986 are killed by police, 75 from lawnmowers, 31 struck by lightning, and one American dies each year being trampled on Black Friday.

I haven’t heard any media angst over lawnmowers or auto-erotica. Medical errors are also far more dangerous than any viral epidemic. From 250,000 to 400,000 Americans die each year from medical errors, the third most common cause of death in the U.S. What would happen if Bernie Sanders got his wish and government were in charge of all of health care?

Numbers are inconvenient to the media — particularly the math-challenged like MSNBC’s Brian Williams and NY Times editor Mara Gay discussing Bloomberg’s campaign spending, being off by a factor of a million. How can we trust these people reporting on coronavirus numbers?

President Franklin D. Roosevelt once said, “The only thing we have to fear is fear itself.” If you watch the evening news or read the daily newspaper, you will be inundated with fear. Take the constant barrage of coronavirus codswallop with a grain of salt, and keep things in perspective.

Brian C Joondeph, M.D. is a Denver-based physician and freelance writer whose pieces have appeared in American Thinker, Daily Caller, Rasmussen Reports, and other publications. Follow him on Facebook, LinkedIn, Twitter, and QuodVerum.

This article originally appeared at the American Thinker. It is published here with the author’s permission.