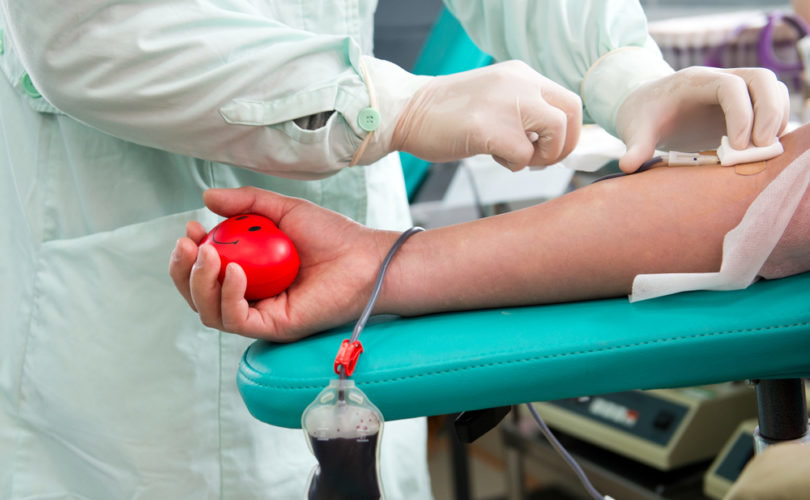 WASHINGTON, D.C., December 23, 2015 (LifeSiteNews) — In order to prioritize the safety of innocents, the United States guards its medical blood supply.  Anyone who has visited any country where s/he may have gotten infected with ebola, or malaria, or a host of other diseases, may not donate blood for twelve months.  No one who has had syphilis, or gonorrhea, or other STDs – even if treated and now free of the disease – may donate blood for a year.  The same ban prohibits anyone who has had sex with a prostitute, or used intravenous drugs.  People with a tattoo, or a piercing, may not donate blood for twelve months.  Even an accidental needle stick in a hospital, disqualifies a person from donating blood.

But now, those who engage in the one activity most at risk for HIV infection, are allowed to contribute their blood to the U.S. blood bank.

The Obama Food and Drug Administration overturned its 30-year ban on blood donations by homosexual men, allowing them, if they promise they have not had sex within a year, to contribute blood for medical transfusions.

“The 12-month deferral window is supported by the best available scientific evidence, at this point in time,” explained Dr. Peter Marks, deputy director of the FDA’s biologics division.  “Published studies document no change in risk to the blood supply with use of the 12-month deferral.”

Gay activists applaud the change, saying the ban was unnecessary, because blood donors can be screened for HIV.  Others are concerned that infected people can slip through the screening process.

HIV does not show in the blood for nine days or more after a person has been infected.

In 1983, under Ronald Reagan, the FDA banned homosexuals from donating blood, to protect people needing blood transfusions.  That policy helped reduce HIV transmission rates from blood transfusions from 1 in 2,500 to 1 in 1.47 million.

In May 2015, the FDA, under Barack Obama, proposed lifting the ban, and asked for public comment.  Most of the 700 comments received urged the government to keep the ban.

The president of Americans for Truth, Peter LaBarbera, told LifeSiteNews, “There are several highly disturbing aspects to this politically-motivated change in the United States' blood donation policy.  First of all, homosexual activists frame this entire issue in terms of so-called 'anti-gay discrimination' and equality, instead of prioritizing above all the safety of the American blood supply.”

“Secondly,” LaBarbera continued, “the FDA's report shows that a small percentage of homosexual men have ignored the blood donation ban.  Now we are going to trust practicing homosexuals with an even looser regulation?”

“Thirdly, the FDA report shows that the new standards are more lax than Australia's policy –which threatens violators with prosecution if they are found to have lied about their behavior in making their blood donation– even though Australia was cited as the model for the U.S. making the change.”

LaBarbera concluded, “It is sad, yet instructive to see homosexual activists place their gay agenda above the blood safety interests of the American people.  If just one person contracts HIV due to these more lax standards, that will be an outrageous and needless injustice.”

And there are more concerns with the new policy change.  For instance, the Obama FDA says that the gender of donors be documented and accepted as “self-identified and self-reported.”  In other words, if a homosexual man says he is a woman, he is not only registered as a woman donor, but is not necessarily asked if “she” has had sex with a man.  Experts have questioned whether transgendered “women” would not be covered by a qualification specifically pertaining to men having sex with other men.

“The gay community…view(s) blood donation as a civil right.  And I don't think it is,” Dr. Kenrad Nelson, a professor of epidemiology at Johns Hopkins Bloomberg School of Public Health, told NPR.

In the end, the whole issue reveals what gay activists seek to conceal.  “Ironically, what comes across loud and clear in the FDA's report is the high risk of male homosexual behavior –the one issue liberals and gay activists do not want to discuss as they make the absurd case that this whole issues is about 'anti-gay discrimination,'” LaBarbera told LifeSiteNews.