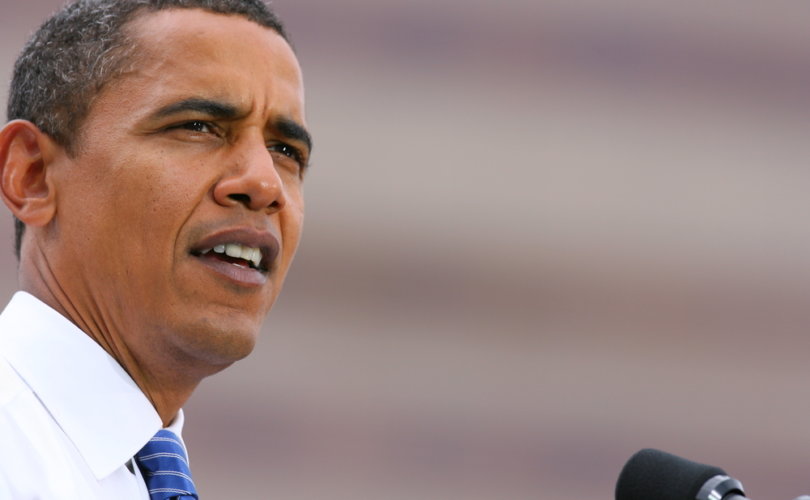 April 5, 2016 (FRC) — North Carolina is about to square off with a big opponent — and it has nothing to do with college basketball. While the Tar Heels are celebrating the chance to play for a national title, the federal government is showing whose team it's on with new threats over the state's money. Furious that Governor Pat McCrory (R), a bipartisan legislature, and 70 percent of voters dare to block grown men from girls' bathrooms, the president's team is looking at ways to bankrupt the state into submission.

Using federal funds as a club, the Obama administration has perfected a play that's been quite effective at “persuading” local school boards and other governors to reconsider their position on radical LGBT policies. We watched the same cat-and-mouse game play out in Texas, when Health and Human Services tried to zero out the state's Medicaid money after it stripped funds from Planned Parenthood. Now, Washington's sore losers are at it again, warning that every federal department from Transportation to Housing will put the squeeze on North Carolina for doing the citizens' will. It would be an unprecedented move — even for this administration — to punish an entire state for rejecting a gender policy that the American College of Pediatricians calls “child abuse.”

Yet still, the Department of Education insists that the agency is already trying “to determine any potential impact on the state's federal education funding.” “We will not hesitate to act if students' civil rights are being violated,” a spokesman insisted. At least two other departments are playing the same “conform-or-else” hardball, which would put tens of billions of North Carolina's dollars on the line. Lt. Governor Dan Forest (R) was stunned that the administration would stoop to these thuggish tactics. “It would be wrong — even illegal — to single out North Carolina for unfavorable treatment,” he argued. “I'm confident that we will continue to receive this federal money despite the threats from a few in Washington, D.C.”

Even experts think the government's threat is a stretch. For starters, the administration doesn't have the statutory authority to blackmail states. (Not that the law has ever factored much into this president's decision making.) “Disregarding the facts,” Governor McCrory fired back, “other politicians — from the White House to mayors to state capitals and city council members and even our attorney general — have initiated and promoted conflict to advance their political agenda and tear down our state, even if it means defying the Constitution and their oath of office.”

Interestingly enough, Duke University's Jane Wettach thinks the threat — like so many of the Left's — is an empty one. “I think the federal government would be loath to do it and would give North Carolina every possibility, every chance to change their position, to change the law, to negotiate, to make some exceptions.” Based on the rash of assaults and evidence about how these policies are being gamed, the last thing North Carolina should do is reconsider. Just because liberals are operating outside reality on anatomy, human nature, and even public safety doesn't mean the rest of the country should.

Of course, the real irony in all of this is that the federal government has never adopted the law that the Tar Heels just rejected. How's that for hypocrisy? Like most Americans, it has always believed that real freedom is letting businesses set their own policies. But if the federal government will yank states' funding over something as radical as gender politics, what's next? Will officials use taxpayer dollars to trample on states' Second Amendment rights too? Anything is possible in a country whose biggest bully is the one leading it.