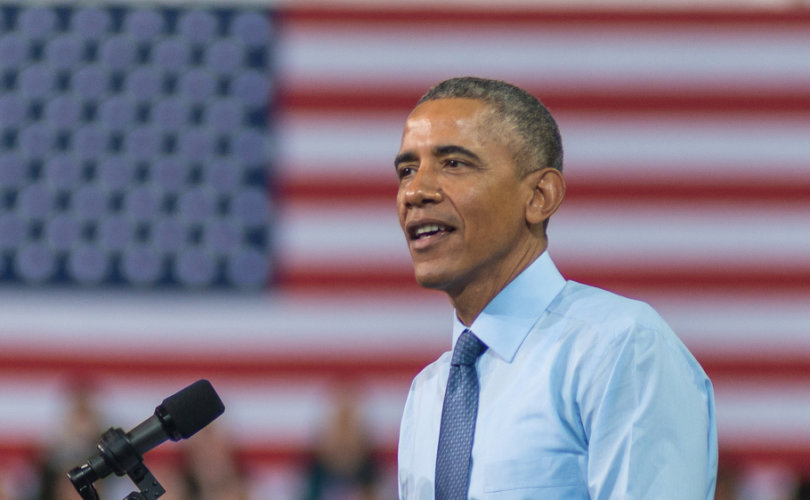 Solutions were found, such as the creation of new single-occupancy restrooms and changing facilities for transgender students while retaining girls and boys rooms for biological girls and boys.

But activists attacked these commonsense compromise policies as “transphobic.” And now the Obama administration has said that a 1972 law settles all of these issues: Students are to be treated the same based on their “gender identity,” regardless of their sex.

The Obama Departments of Justice and Education declared that “both federal agencies treat a student’s gender identity as the student’s sex for purposes of enforcing Title IX.”

Here are three problems with today's announcement from the Obama administration.

In 1972 when Congress passed Title IX of the Education Amendments no one thought that “sex” meant “gender identity.” It didn’t mean it then, and it doesn’t mean it now. The Obama administration is unlawfully rewriting federal law. The term “sex” is not ambiguous, and is not subject to executive branch agencies re-defining to now mean “gender identity.” The Secretary of Education, John B. King Jr., claims the following: “This guidance further clarifies what we’ve said repeatedly—that gender identity is protected under Title IX.” But, again, the law that Congress passed in 1972 does no such thing.

Title IX was intended to protect women and girls from harassment and discrimination, to ensure that they received equal opportunities in education, and now the Obama administration is re-writing it to say schools must allow boys unfettered access to the girls locker rooms.

2. Obama Administration is Unnecessarily Meddling in State and Local Matters

Up until last year’s prime-time interview of Bruce Jenner (as he was then called), few Americans had ever had a conversation about transgender issues. I went on CNN and said it’s a conversation we need to have. But the Obama administration is trying to shut down these discussions before they’ve even taken place. The Obama administration is attempting to force a one-size-fits-all policy on the entire nation rather than allow parents and teachers and local schools the time, space and flexibility to find solutions that work best for everyone.

3. Obama Administration is Imposing Bad Policy on the Entire Nation

The directives from the Obama administration are bad policy. First, there is no legal definition of “gender identity” or legal criteria for determining who is a “transgender” person. The Obama administration states today that a “school may not require transgender students to have a medical diagnosis, undergo any medical treatment, or produce a birth certificate or other identification document before treating them consistent with their gender identity.” The administration goes on to say that “Gender identity refers to an individual’s internal sense of gender.” In other words, sheer say-so makes it so.

Second, based on the sheer say-so of a student, the Obama administration is directing schools to allow “students to participate in sex-segregated activities and access sex-segregated facilities consistent with their gender identity.” Yes, that means when it comes to sports teams, bathrooms, locker rooms, dorm rooms, and hotel rooms for field trips—these all must now be based on the self-declared gender identity of the students.

The Obama administration’s official policy is that boys who identify as girls should have unfettered access to girls’ bathrooms, locker rooms, and shower facilities. Anything less than full access to the bathroom and locker room of their choice is, they say, a transphobic denial of civil rights and equality. This extreme position is out of step with the majority of Americans, and utterly inconsiderate of the concerns of the non-transgendered community.

What’s to Be Done

Instead of the Obama administration rewriting law to impose a federal policy related to transgender issues on the entire nation, a better course would be to respect federalism, local decision-making, and parental authority in education.

For most Americans, concerns related to transgender students are a new reality. Rather than rush to impose a top-down solution on the entire country, the Obama administration should allow the American people to have these conversations, consider all the relevant concerns, and make policies that will best serve all Americans.