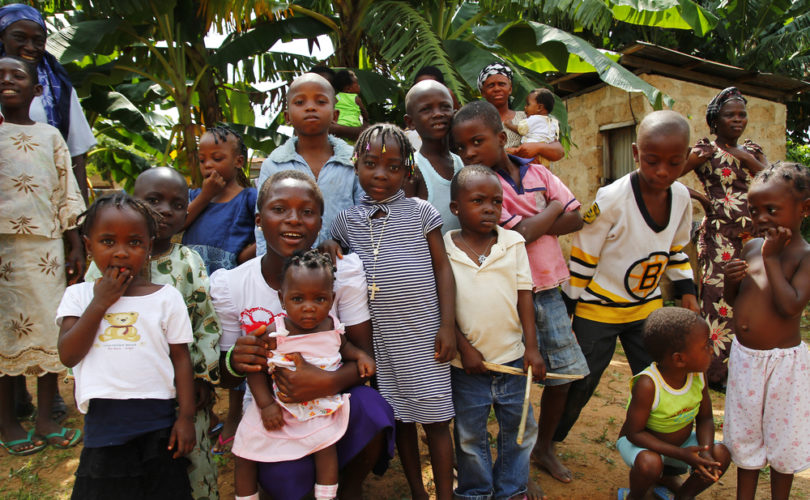 When asked why they don’t use contraception, Nigerian women commonly give “politically incorrect” answers, such as they are “opposed to contraceptive use” or they “want as many children as possible.”Shutterstock

With a population of 177 million, Nigeria has long been a target of population controllers. It is listed in NSSM 200, the infamous Nixon/Kissinger document which launched the war on people, as a country of special concern. As such, it has gotten more than its share of the abortifacients, sterilizing agents, and contraceptives that the American government has poured into Africa over the past few decades.

Still, it is not enough, at least according to the Obama administration, which wants to increase the current shipments.[1] Their excuse is that maternal mortality in Nigeria is still too high, and if they could only chemically or surgically sterilize more women, then fewer women would die in childbirth.

Now it is true that Nigeria accounts for 13% of all cases of maternal mortality found in the world.[2]  But it does not follow that the way to save women from dying in childbirth is to prevent them from having any children.

International organizations such as the United Nations Population Fund (UNFPA) are up in arms over the fact that only about 12 or 15% of sexually active women use contraception.  These organizations say that this rate is too low and that Nigerian women desperately want artificial contraception but have no access to it.[3]

Politicians like Nancy Pelosi eat this explanation up, since it fits in with their “war on women” narrative, but it is simply not true. Nigerian women aren’t begging for artificial contraception from the West. In fact, about a third have tried it, and decided against continuing to use it.[4]

When asked why they don’t use contraception, Nigerian women commonly give “politically incorrect” answers, such as they are “opposed to contraceptive use” or they “want as many children as possible.” Even among Nigerian women who have six or more children, less than half of them want to limit or stop childbearing.[5]

Such answers are simply incomprehensible to the gender feminists who staff USAID’s overseas offices. They simply don’t take the views of Nigerian women seriously. They can’t actually want all those children, they think to themselves. Besides, it’s bad for the planet.

But history shows that Nigerian families were spacing their children long before the gender feminists arrived. A paper published in the journal of Population Studies discussed the natural and historical methods of spacing children in Nigeria, particularly among the Yoruba, saying, “In Yoruba society, and in most of sub-Saharan Africa, fertility is reduced . . . by postpartum sexual abstinence which exceeds the period of lactation.”[6]

Sadly, demographers studying Nigerian culture observe that the practice of abstaining to space children is eroding. The authors explained that “this is largely explained by the existence of social groups unknown in the traditional society who are often assisted in the early resumption of sexual relations by contraceptive methods also previously unknown [by the Nigerian people.]”[8] And funded and promoted by the West, we would add.

The West seems determined to change Nigeria’s sexual culture to resemble its own, with contraceptives sold on every street corner, sex with whomever and whenever one chooses, and abortion for any babies that may be “accidentally” conceived. That’s why USAID, UNFPA and their surrogates are spending tens of millions of dollars on media campaigns to undermine Nigeria’s values.

A study conducted by the Demographic and Health Surveys in 2008 found that the men and women of Nigeria learn about artificial contraception through foreign-sponsored family planning media programs. About 40% of women and 60% of men in Nigeria have heard family planning messages on the radio, and one in ten women says she has seen advertisements for contraceptives in a newspaper or magazine—a remarkable statistic in a country where half of the women are illiterate. Nigerians also say they see contraceptive messages on the television (about a quarter of women and about one third of all men).[9]

The messages promote a false sexuality and discourage childbearing. They tell Nigerians, “For the love of your family, go for child spacing today.” In addition, the family planning “information” ignores its potential side effects. Among Nigerian women who have had a contraceptive intrauterine device inserted, one in five say they were not informed about possible side effects, and among women who have received a contraceptive hormone injections, two in five say they weren’t informed of possible side effects.[10]

And this is why—despite the incessant pro-sex, anti-child propaganda that they are subjected to—one-half of Nigerian women who have ever used modern contraceptive drugs or devices are no longer using them. Nigerian women are reclaiming their culture while still crying out for real health care for themselves and their children.