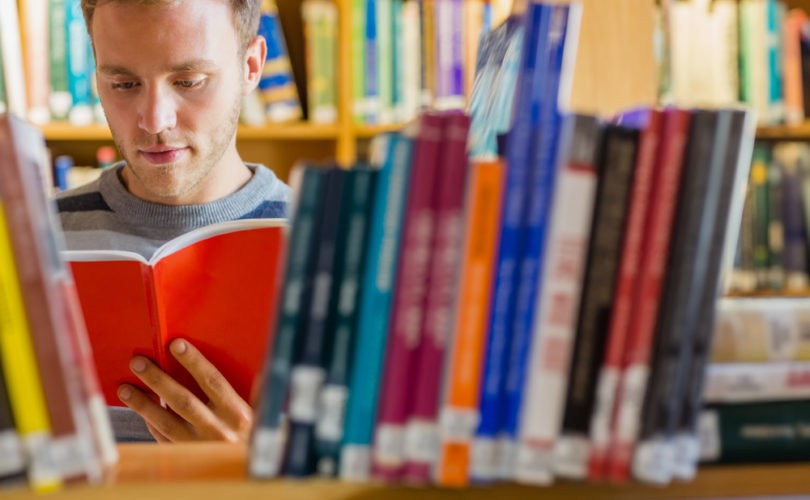 May 30, 2019 (LifeSiteNews) — The “Drag 101” event for teens at the Delaware (Ohio) County Library will not take place, at least not at the library, according to an announcement from the library director.

It’s been moved to a local comic book store, where concerned citizens hope it will not be well attended by children, and that any minors who attend will be  accompanied by adults.  That was not the original goal of the “teens only” event at the Orange branch of the Delaware Library.  Only after public outcry did the library director announce that one adult would be allowed to accompany a minor to the event.

The library director is citing safety concerns and alleged threats, a claim that is highly doubtful and would never be encouraged or supported by any conservative Ohio group, including ours.

The positive outcome is that this depravity — a male who poses as a female “drag queen” to instruct impressionable youth to follow his deplorable example — has been widely publicized, and central Ohio kids now know that a large segment of the community stands against it. And this behind-the-scenes corruption no longer carries the seeming endorsement of county government and taxpayers.

It is very likely that similar events, along with the outrageous “Drag Queen Story Hours,” are occurring at local libraries across the country, and many people plan to investigate these situations at the local level.

How did the shutdown happen? Largely because of the big heart and child-protective actions of Melissa Ackison, Ohio senate candidate, who “outed” this event in the first place and did near constant radio and social media publicity alongside Ohio Value Voters. OVV did radio interviews as well with numerous social media and email alerts. Others who got the word out were state representative Andrew Brenner, Elizabeth Johnston (the Activist Mommy), and many local churches.

But unfortunately, the work to hold this library accountable is not done. Mission America sent a letter to the Delaware library board of trustees, Delaware county commissioners, and judges on the Court of Common Pleas, highlighting this event and also the outrageous pro-homosexual, pro-“transgender” promotion on the Delaware library teen page.

One page is called “LGBTQIA” and features one-sided promotion of links to child corruption groups like GLSEN, the Human Rights Campaign, and others, all of whom would lead children into high-risk, dangerous sexual behavior.

It’s a totally one-sided, inaccurate, medically compromising picture for any adolescent who visits this page.  There is no conservative viewpoint of caution on this taxpayer-funded site.

Another page for teens is called “In Case You Need It” and features books about homosexuality, transgenderism, suicide, mindfulness (meditation), teen sexuality, and self-harming actions like cutting.

It’s unlikely that Delaware County parents want the library to bypass their involvement and become the psychologists for their minor children.

These books and resources highlight extremely controversial and emotionally charged issues (mostly communicated with substantial inaccuracies). Yet the library seems determined to circumvent parent and counselor input. Again, the library management has exhibited deplorably poor judgment. All the staff involved in this travesty should be fired.

Here’s what I also said in a letter to county officials: “Are you willing to be legally accountable to the parents of a child who may be misled into tragedy by these questionable ‘resources’ and end up suing the library and the county?” And I cited the Centers for Disease Control’s research showing a high correlation between youth risk behaviors and “gay, lesbian,” and “bisexual”  or “transgender” identities.

Every community needs to determine to what level its own local libraries are engaged in similar deviant programs and controversial content on their sites. Such pro-homosexual “resources” directed to children are a public health and moral outrage and, minus parental oversight, can constitute child endangerment.