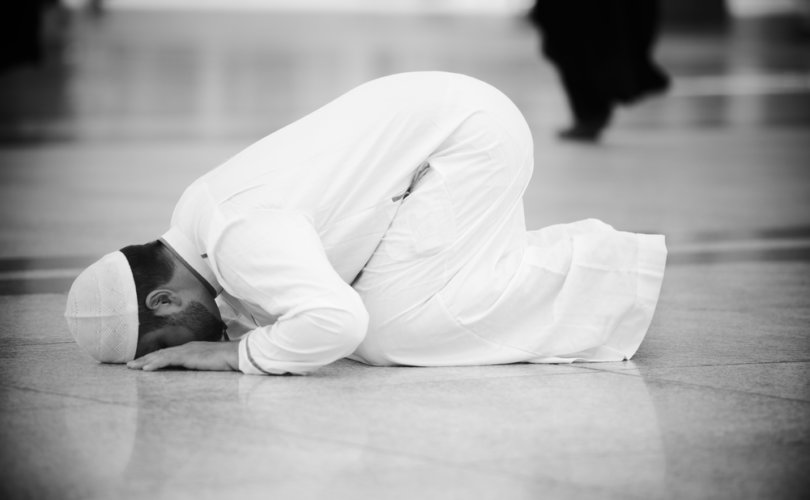 April 19, 2018 (The Catholic Thing) – I recently received an email from a reader who took issue with my skeptical view of Islam. Between 1963 and 1965, he worked for the Peace Corps in a Muslim area of Nigeria. He came away from the experience convinced that “all people are basically the same” and “all want the same basic things.” Cultural differences, he maintained, were merely surface phenomena.

His view is common among people who came of age in the sixties and seventies. And, since many of our society's controlling narratives were developed in that period, that optimistic view is still widespread. But times change, even if narratives don't.

For example, the reality in Nigeria today is quite different from what my correspondent experienced in the mid-1960s. It no longer seems that all want the “same basic things.” In fact, many Muslims want to deny Christians some of those basics – such as the right to worship in peace, and even the right to life.

Bishop Joseph Bagobiri of Kafanchan (in northwestern Nigeria) reports that in his diocese alone: “53 villages burned down, 808 people murdered and 57 wounded, 1422 houses and 16 Churches destroyed.” Moreover, last year a report by the International Society for Civil Liberties and the Rule of Law revealed that 16,000 Christians had been murdered in Nigeria since June 2015.

What's happening in Nigeria has been happening all over the Muslim world. Open Doors USA reports that globally some 215-million Christians face severe persecution, mostly at the hands of Muslims. The question is, which is the real Islam: the peaceable Islam experienced by my correspondent in the mid-sixties or the aggressive Islam of today?

In the context of Islam's 1,400 years of aggression, the relatively peaceful interval that began with the dissolution of the Ottoman Empire in the early 20th century seems to be the aberration. At the time my correspondent worked for the Peace Corps in Nigeria, the Muslim world was far more moderate than it is today or was in the past. The Islam he experienced was a marked departure from traditional Islam.

Some of the flavor of that period is captured in an article in the Chronicle of Higher Education by Ali A. Allawi, a former Iraqi cabinet minister:

I was born into a mildly observant Muslim family in Iraq. At that time, the 1950s, secularism was ascendant among the political, cultural, and intellectual elites of the Middle East. It appeared to be only a matter of time before Islam would lose whatever hold it still had on the Muslim world. Even that term – “Muslim world” – was unusual, as Muslims were more likely to identify themselves by their national, ethnic, or ideological affinities than by their religion.

In short, Muslim societies were more moderate in those days because they were moving away from Islam. As Allawi notes: “To an impressionable child, it was clear that society was decoupling from Islam. Though religion was a mandatory course in school, nobody taught us the rules of prayer or expected us to fast during Ramadan. We memorized the shorter verses of the Koran, but the holy book itself was kept on the shelf or in drawers, mostly unread.”

The more moderate Muslim world of the last century was not the result of deeper piety, but rather of increased secularization. There are still remnants of that moderation in Muslim lands, but it should be clear to anyone who is paying attention to current events that traditional, by-the-book Islam is once again ascendant. Mini-skirts are no longer worn in Tehran and Kabul as they were in the seventies, and the hijab has made a comeback almost everywhere in the Muslim world. In other words, the process of secularization has been reversed.

The amazing thing is that much of the Western world hasn't caught up with the changes. Why? Perhaps because the return of 7thcentury Islam undercuts the multicultural belief that all cultures share the same values. Hence, many prefer to think that the Muslim world is still much the same as it was in the days of King Farouk and the Shah of Iran – that relatively brief moment when “secularism was ascendant.”

Unfortunately, one of the important organizations that still lives in the past in regard to Islam is the Catholic Church. Many in the Church seem to think and act as though it's still 1965, and that Nostra Aetate (which was promulgated in 1965) is still the last word on Islam.

The section on the “Moslems” in Nostra Aetate reflects the multicultural notion that cultural differences are unimportant, and that all people have the same basic desires. Thus, the writers of the document took pains to emphasize the similarities between Christianity and Islam, even going so far as to suggest that the two faiths share the same moral values.

Of course, it's nearly impossible to ignore the radicalization that so many Muslims have undergone since 1965. But in their anxiety to preserve the Nostra Aetate “narrative” about Islam, Church leaders have found a way to get around this inconvenient fact.  Muslims who persecute and terrorize non-Muslims are said to have “distorted” or “perverted” their religion because, in the words of Pope Francis, “authentic Islam and a proper understanding of the Koran are opposed to every form of violence.”

Indeed, as recently as March 16, Pope Francis told the head of the Organization of Islamic Cooperation that there is no link between Islam and terrorism. On other occasions, the pope had even said that the remedy for radicalization is for Muslims to go deeper into their faith, and find guidance in the Koran. That, of course, is the very opposite of Allawi's first-hand observation that moderation is the result not of deepened faith, but of “decoupling from Islam.”

Church leaders are still clinging to a view of Islam that should have gone out with the seventies. Unless and until they acquire a longer view of Islam, they will continue to be part of the problem rather than part of the solution.