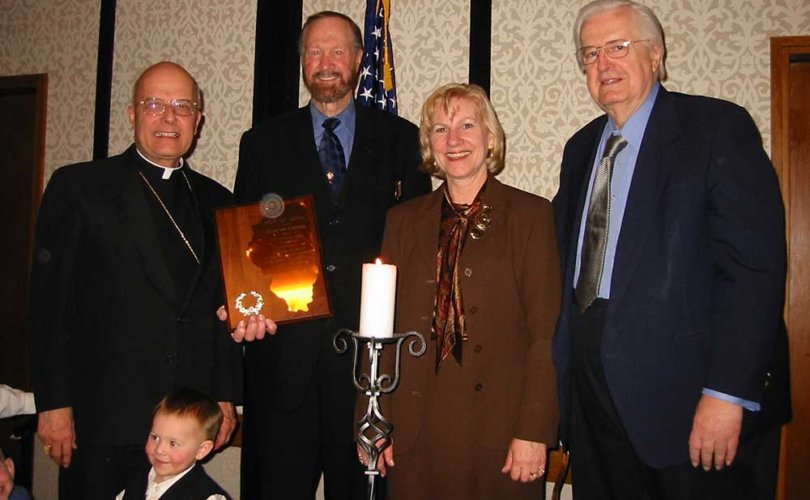 September 30, 2016 (LifeSiteNews) — On September 30, Americans will celebrate the 40th anniversary of the enactment of the Hyde Amendment, a provision of federal law that bans taxpayer funding of most abortions. The Hyde Amendment is estimated to have prevented 2 million abortions over the past four decades.

The Hyde Amendment enjoys widespread support among the American people, who oppose their tax dollars going to pay for abortion by a margin of 2 to 1. The measure has enjoyed wide bipartisan support, having been renewed yearly since it’s first passage in 1976. Even those who support legal abortion are reluctant to force their fellow citizens to pay for something that at least half of them consider fundamentally wrong.

But Hillary Clinton has sworn to end the Hyde Amendment, at the behest of Planned Parenthood and her friends in the abortion industry. They insist that it’s not enough for abortion to be legal through all nine months of pregnancy. Anything less than taxpayer funding of abortion constitutes a lack of access, they claim.

A lack of access to abortion? More than a million unborn children are aborted every year in the United States. That’s 2,900 a day. But it’s not enough for the abortion industry and their champion, Hillary Clinton. Her husband Bill used to talk about making abortion “safe, legal and rare,” but Hillary wants even more abortion, paid for by you and me.

Beyond the question of whether American taxpayers should have to pay for abortions, Clinton’s position betrays a deep cynicism about the American dream and a basic denial of the dignity of economically disadvantaged people. Clinton styles herself an advocate for the poor, but her first solution for poverty is to eliminate poor people by preventing them from being born. For Clinton, you’re better off dead than to be born into a poor family in the United States.

Setting aside the fact that a poor woman who gets an abortion is still poor after her unborn child has been killed, Clinton’s position is profoundly un-American. Some of our greatest leaders were born into poverty—like Alexander Hamilton, who rose from poverty and illegitimacy to become one of the architects of our republic. Hamilton’s inspiring life story has captured our national imagination, thanks to the brilliant Broadway musical by Lin-Manuel Miranda, whose own father rose from extremely humble beginnings.

The examples of Hamilton and Miranda underscore the principle that no American child should be valued less because her mother is poor. Nor should the American taxpayer be forced by Hillary Clinton to pay for a poor woman’s unborn child to be killed.

On this anniversary, let us celebrate the Hyde Amendment, and resolve not to let Hillary Clinton tear it down. Not only has Hyde expressed the will of the majority not to pay for abortions, but it has allowed 2 million poor children to be born and have their own chance to pursue the American dream.

Eric Scheidler is the executive director of the Pro-Life Action League, a national pro-life education and activism organization based in Chicago.

Cecile Richards: ‘Hillary has always been in Planned Parenthood’s corner’