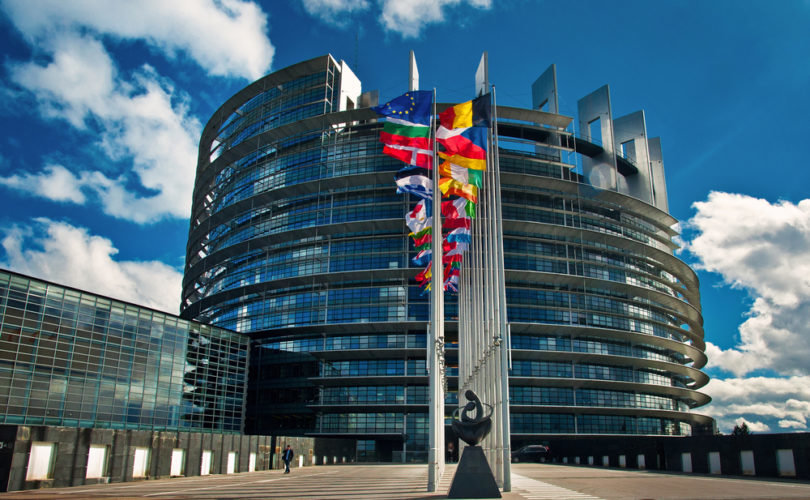 Following the flat refusal of the European Commission to take any action in response to the successful European Citizen Initiative ONE OF US, the organizers of the initiative have now filed a formal lawsuit against the EU’s executive.

In the 30-page complaint (which we make available online on this blog for the convenience of our readers), the citizens’ committee meticulously exposes the lack of argument and intellectual poverty of the Commission’s answer to the initiative, which had been signed by nearly two million citizens. It comes to the conclusion that this response was inadequate, and hence violates the Commission’s obligations.

It will be very interesting to follow the further developments of this lawsuit. The inadequacy of the Commission’s response to the initiative will be clearly apparent to anyone who reads the well-drafted complaint, and it is unlikely that the EU judges will be able to find any words of praise for the way in which the Commission has reacted to a legislative proposal that would ban the funding of abortions through the EU budget. But the fundamental question that the Court will have to answer is a different one: whether or not EU Regulation 211/2011, which provides the legal basis for such formal petitions, gives the Commission the right to give inadequate responses to unwelcome citizens’ initiatives.

In other words, this is not about abortion anymore. It is a real test case for democracy in Europe. The outcome of this lawsuit will determine the future not of the ONE OF US initiative (which in any case has spelt out a political agenda that seems likely to remain on the table for years to come), but of the European Citizen Initiative as an instrument of participative democracy.

The Court thus faces a dilemma: on the basis of a strict reading the wording of Regulation 211/2011 it may well find that the Commission has a nearly unlimited margin of appreciation in dealing with successful citizens’ initiatives, and thus may turn them down on the basis of the flimsiest reasoning (or, in the extreme case, without any reasoning at all). But that would simply mean that it makes no sense for citizens to use this new instrument. On the other hand, if the applicants’ claim is upheld, this would mean that the Commission’s monopoly of initiative would have come to an end.

The Court may be strongly tempted to wriggle out of this dilemma by finding some formal subterfuge for not dealing with the complaint. But such a strategy would not work out: rejecting the complaint on formal grounds would simply mean that citizens have no possibility to legally challenge the Commission’s response to their initiative, even if that response is clearly inadequate. And this would in turn mean that the citizen’s initiative, which was introduced in 2011 to add an element of democracy to the EU, is nothing than an empty promise.

There is no way out: the EU’s citizens want to know what a European Citizen Initiative is really good for. And the Court, one way or the other, must give them an answer.