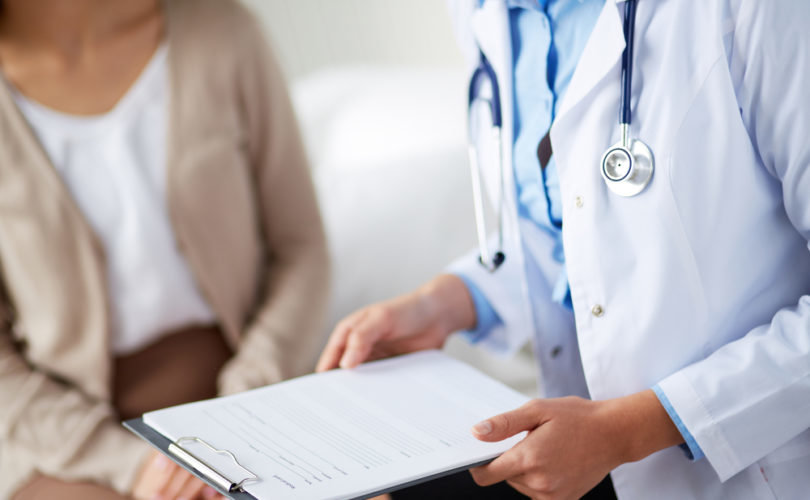 Let’s be honest: The current pressure on the College of Physicians and Surgeons of Ontario to change their human rights guidelines is all about forcing faithful Catholics out of the public square.

The media debate has focused on three Ottawa doctors who refuse to prescribe birth control pills, and guess what? All three of these doctors happen to be Catholic. The media hasn't mentioned this fact, but there it is. Is it really surprising? Who else other than Catholics would refuse these days, on grounds of conscience or religious freedom, to prescribe birth control pills?

The Catholic Church consistently teaches that birth control pills (and other artificial birth control methods, including vasectomies) are morally wrong. Still, just a very small minority of Catholic doctors follow their faith to the extent of limiting their medical practice. For instance in Ottawa, a city with 870,000 inhabitants and hundreds of doctors, the media has reported only three such needles in the haystack.

This paltry handful of doctors is now being presented as a burning impediment to the delivery of adequate health care in Ontario. It is now apparently necessary to clamp down and force these religiously faithful doctors to violate their deepest beliefs. Many people want the College to require all doctors to prescribe and refer for any treatments, regardless of their personal ethical or religious convictions.

Would such a draconian rule really help Ontario patients? Hardly, since patients already have plenty of other options if they encounter one of the very few doctors who actually take a principled stand against birth control pills, vasectomies, or morning-after pills. Such patients can walk into any Emergency Room or Public Health Clinic and receive the prescriptions or referrals they are seeking. Those who want abortions don’t even need a referral in Ontario.

Here’s the truth of the matter: this debate is not really about health care at all. It’s actually about religious accommodation, and what’s becoming obvious is that our society is growing less tolerant of expressions of religious faith in professional life. Perhaps more specifically, it seems that many people are growing intolerant of Catholic views on contraception, and don’t want to deal with them when they go to the doctor.

The Charter still protects freedom of religion as fundamental to our society, but some would now want to restrict this freedom to a mere ability to think, without being able to act on our beliefs. The last time the College reviewed its policy, the Ontario Human Rights Commission urged the College to clamp down on doctors, saying:

It is [our] position that doctors, as providers of services that are not religious in nature, must essentially ‘check their personal views at the door’ in providing medical care.

It is disturbing, to say the least, that such a dangerous misunderstanding of religious freedom is being espoused by the official protector of our human rights.

Rolling up religious freedom into the confines of our heads is as unCanadian as it is totalitarian. No dictator can control minds, but real freedom concerns the ability to conform our actions to our deepest values. As the Supreme Court stated in R v Big M Drug Mart, in what is still considered the definitive statement on this subject:

Canada has a long history of tolerating various religious practices and differences, such as accommodating Sikh RCMP officers wearing turbans at work. Is it now too much to ask that Catholic doctors should receive the accommodation and respect for their faith that has been a hallmark of Canada’s pluralist society?

This debate has brought us to an important crossroads in the history of Canada’s respect for diversity and freedom. Religious freedom is not something we can keep for ourselves while taking it away from others. If we succeed in forcing Catholic doctors to prescribe against their conscience, we will end up cutting the branch under everyone’s feet.

What kind of future do we want for our country? If doctors lose their freedom, then our society as a whole stands to become less free.

The deadline for public input is August 5, 2014. To add your comment to the CPSO public consultation, visit their website here.