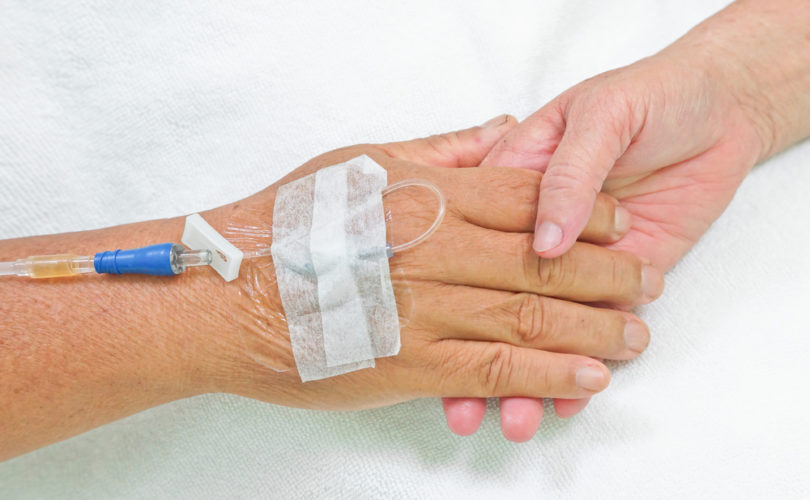 January 19, 2016 (LifeSiteNews) – On controversial issues that divide Americans virtually in half, most split voters neatly down political party lines. But for those polarizing issues that are non-partisan, the political consequences are not so predictable. A candidate can assume any position to be almost equally likely to lose votes as it would be to win votes, in the hope that the reward for their position would be greater than the risks: “you win some, you lose some.”

New research recently presented at the 2016 Southern Political Science Association Conference examined the fate of Vermont lawmakers in the election that followed the 2013 passage of Act 39, the first successful assisted suicide bill in the nation. This new study entitled, “Assisted Suicide at the Polls: Risks & Rewards Associated with Voting to Legalize Assisted Suicide vs. Maintaining the Status Quo,” combed through all 180 of the 2014 Vermont races, as well as 2015 repeal efforts to determine if there were any risks or rewards when vying for election associated specifically with a candidate’s position for or against assisted suicide. The study found that a candidate’s position on assisted suicide can either present potential risk without reward for those in favor, or potential reward without risk for those opposed.

The 2014 Vermont elections are the first elections to follow lawmakers’ successfully passing a bill to legalize assisted suicide. This is the first time such data has been available, since only two U.S. legislative bodies have ever voted to pass assisted suicide bills, California only within the last few months. Assisted suicide transcends political ideology and is absent from party platforms, leaving little to predict what allies a position could alienate or hope to gain. Unsurprisingly over 99.9% of the more than 175 bills in 34 states and the District of Columbia since 1991, have been rejected or quietly ignored by lawmakers unwilling to roll the dice with re-election. Act 39 represented the first time in over 20 years where legislators’ positions on assisted suicide resulted in changing the law – and the 2014 elections were critical to determining if these changes would remain, be repealed or simply expire, since the bill would sunset in 2016 without final approval.

Assisted suicide had newfound potential as a major campaign issue either for or against the candidate.  This inspired single-issue electioneering by the pro-assisted suicide political action committee called Patient Choices Vermont, which endorsed candidates. The anti-assisted suicide group True Dignity Vermont made no endorsements of their own candidates, but listed the pro-assisted suicide endorsements as candidates to avoid. Act 39 saw the hopes and fears of supporters and opponents realized virtually overnight, but the 2014 elections had the potential to retain assisted suicide or restore the status quo, depending on how many sympathizers each side could get or keep in office. A total of 23 House seats were vacant and three in the Senate. With support for assisted suicide polling just slightly higher than opposition, the voters’ split could be considered close enough to even – the results could come down to which side would prioritize their position on assisted suicide at the cost of other issues. Essentially, which if either position, pro or anti, wins or loses voters.

The study identified candidates’ positions from three sources, a previous vote on Act 39, a pro-assisted suicide endorsement, or a 2015 vote for or against the repeal of Act 39, which also revealed the positions of winning candidates (for whom we had no indicator of position in 2014). This was to determine if the candidate’s position was possibly a factor in election outcomes, when candidates had opposing positions, and also who may have campaigned on their anti-assisted suicide position.  Risk and reward were both determined conservatively. Incumbents who had won previous elections without an assisted suicide position in previous campaigns were not assumed to be rewarded by re-election, but those who were unseated by a candidate with an opposing position had their position labeled as a risk factor. Likewise, new candidates who had never won an election were not assumed to have risked loss due to their position, but were labeled as rewarded when winning against the opposition.  Variables were included for political party and the competitiveness of the election. Cases where position was ruled out as a factor in 2014 election outcomes (i.e., due to uncontested races, identical positions, etc.) were excluded from analysis. The remaining sample was examined for statistical correlation and strength of association and further case study.

There were not even spoils of victory for the bill sponsor, who came in fourth place.

The case of Representative Linda Waite-Simpson, considered the most virulent proponent of Vermont’s assisted suicide bill is compelling evidence of an absence of reward at the polls. She was elected in 2008, reelected in 2010 and 2012– and then defeated after authoring and navigating the assisted suicide bill into law. Her accomplishment was noted by the national pro-assisted suicide advocacy group Compassion & Choices, which hired her seven months after the passage of Act 39 for the purpose of championing the law’s defense.

Rather than being congratulated by her constituents as well, voters gave her seat to newcomer Rep. Paul Dame who voted to repeal her work. Passing landmark legislation may not have cost her re-election, but it did not save her job. The six pro-assisted suicide legislators who were unseated show that, even if the position did not contribute to ther defeat, it certainly did not inspire enough voter support to reward the legislator with re-election.

Anti-assisted suicide advocates gained a single seat overall in 2014, insufficient for repeal and the provisions of Act 39 were made permanent in 2015. In a majority of elections, assisted suicide could not be isolated as a potential factor at all, with voters either unaware of, apathetic about, or less concerned with this issue than with other issues. This explains why assisted suicide advocacy does not appear to pay off for politicians in those cases where it could have been at play.

It is up to lawmakers if they choose to play it safe, or support assisted suicide and roll the dice with re-election.

Jacqueline C. Harvey, Ph.D., is a bioethicist and public policy scholar, a member of the Political Science faculty at Tarleton State University, and an Associate Scholar with the Charlotte Lozier Institute.