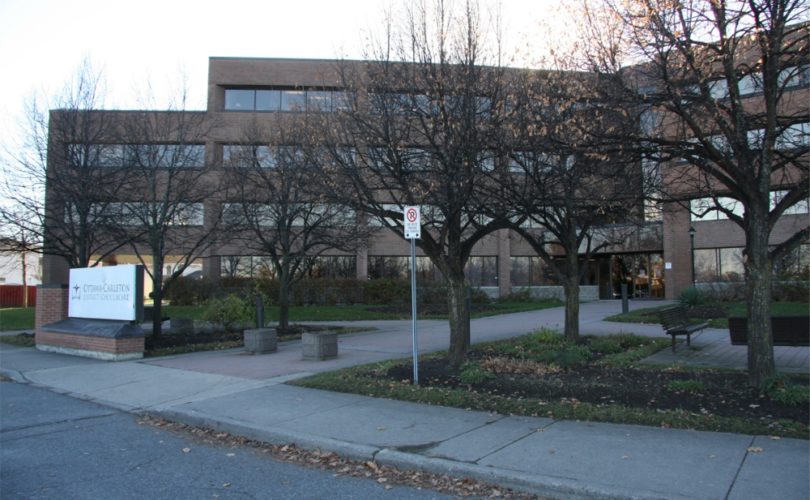 OTTAWA, September 9, 2015 (LifeSiteNews) – A prominent Canadian psychiatrist and long time critic of gender theory has called gender guidelines being considered for public schools in the nation’s capital both “biased and bigoted” for ignoring the mental health and safety of the 97 percent of students outside the LGBTQ orbit.

But several elected trustees of the Ottawa-Carleton public board don’t appear to be interested in protecting the majority of “straight” students, responding to a request for comment from LifeSiteNews with ad hominem attacks on this reporter and on the psychiatrist, Dr. John Berger. Several trustees replied to LifeSite’s request for comment with a link to websites attacking the long time psychotherapist and examiner of applicants to board certification as psychiatrists.

Berger called the Carleton-Ottawa Gender Identity and Gender Expression Guide “one of the most biased and bigoted documents I have come across in a long time. In their efforts to be oh so accommodating to the possible feelings of a minute potential fraction of students, the writers of the document appear to be completely oblivious to the potential feelings of the probably 97% of other, ‘normal’ students.”

Berger, a Fellow of the Royal College of Physicians and Surgeons of Canada and Diplomate of the American Board of Psychiatry and Neurology as well as a former assistant professor at the University of Toronto and the past president of the  Ontario District Branch of the American Psychiatric Association, has made himself “Public Enemy Number One” of the LGBTQ movement by testifying at legislative hearings in several countries against measures that promote homosexuality and transgenderism.

Definitely an “old-school” psychotherapist, Berger holds to the traditional view in that field that homosexuality is abnormal and treatable in those who desire treatment, and that transgenderism is a delusion like believing one is Napoleon or a horse.  Deluded people need support in the form of treatment for the delusion, says Berger, not in the form of reinforcement for the delusion.

“Just to clarify,” Berger writes in his comment on the district’s proposed guidelines, “there is no such thing as ‘transgendered children’. There are children of very mixed up parents who apparently are unable to say to their child ‘you can play dress-up at home in whatever you want to wear. But you are a girl – or boy – and to go to school you go in girl’s or boy’s clothes as the case may be. When you are a grown up and not living with us anymore, you can dress how you please wherever you want.”

The draft guidelines, however, call for staff and fellow students to accept trans students however they want to present themselves, on whatever school team they want to compete, and in whatever washroom or change room they want to undress. (The guidelines also call for revamping the curriculum to advance transgenderism and gender fluidity in every subject.)

But this, comments Berger, constitutes a major imposition on the overwhelmingly straight majority (which Statistics Canada indeed puts at 97 percent): “Can you imagine a dialogue, Johnny comes home from school. ‘We went swimming today. Mummy, Lesley doesn’t have a penis.’ His mother responds, ‘What do you mean, Lesley doesn’t have a penis? What does Lesley have?’ ‘He has, you know, like what my sister has, [a] vagina isn’t it?’ ‘So is Lesley really a girl?’ ‘I think so.’ ‘Why is she in our boy’s changing room?’  ‘I don’t know.’ ‘What does Lesley say?’  ‘She says she’s a boy, but she’s really a girl, isn’t she?’”

Asks Berger, “Are teachers and parents supposed to be telling children now that what they can see with their own eyes isn’t really true?  Do the people pushing forward this nonsense really not appreciate how ridiculous it is?”

Evidently not. Presented with Berger’s objections, which echo those of parents and social critics quoted in LifeSiteNews’ previous coverage, trustee Donna Blackburn responded with reference to being the board’s “first openly gay Trustee,” ignoring Berger’s objections, and finishing with this attack on the reporter: ”I look forward to the where you find in your heart to become a caring human being and refrain from spreading hateful misinformation.”

When the reporter replied by asking her to address Berger’s complaint — should straight children be exposed to genitalia of the opposite sex “to please a tiny majority”? — Blackburn responded with, “You have your reputation and I have mine. I am sure you make a good living spreading your hate and misinformation and I work for less than minimum wage as a very popular Trustee.” Blackburn went on but never addresses the needs of the majority of students who are not trans.

The only other trustees to reply, Mark Fisher and Chris Ellis, did so with links to criticisms of Berger, one of which could come up with no better complaint than that Berger used the term “transgendered” which “he doesn’t know isn’t even a word “ (it is, but not one some transgendered people like).

More seriously, a second link leads to a page where Berger is roasted for allegedly, “encouraging students to ‘ridicule’ gender variant children” in 2006. It then quotes him as saying, “I suggest, indeed, letting children who wish got to school in clothes of the opposite sex—but not counselling other children not to tease them or hurt their feelings.”

Though it is obvious from Berger’s latest comments that he does not advise parents to let their children attend school cross-dressed, his earlier advice was not to encourage teasing but to allow it, clearly to help trans students live in the real world and not in their delusion.

When asked again to comment on Berger’s criticisms, Ellis answered, “the scenario you fabricate will not happen. Does that satisfy you?”

The better question is: will the trustees’ response satisfy the parents of Ottawa-Carleton school district? To sum it up: Any fears parents might have are groundless, and they are hateful for expressing them.