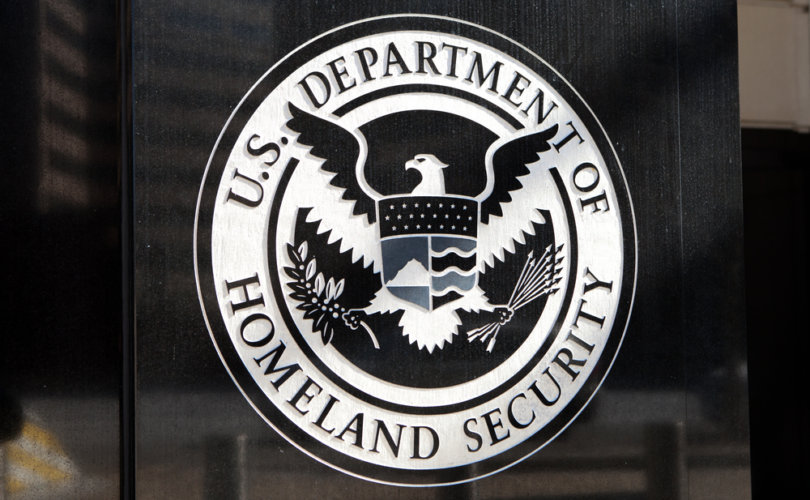 (LifeSiteNews) — There are times in history when events coalesce to create moments of great national importance. I think we’re at such a moment.

Three significant developments have occurred within the course of days:

First, tech entrepreneur Elon Musk purchased the online messaging platform, Twitter, with the intention of taking it private and restoring the free-speech character it abandoned in favor of ideology-based news manipulation.

Then, the Biden Administration announced establishment of a Disinformation Governance Board under the Department of Homeland Security. Its purported mission is to protect us from “fake news” generated by Russia and other foreign players.

Third, an unprecedented leak occurred at the Supreme Court, making public a draft of an opinion suggesting that the infamous Roe v. Wade decision is about to be overturned.

I realize that organizing new government offices takes time, and so the Disinformation Governance Board isn’t a response to Musk’s Twitter move, as such. Nevertheless, those two events will be paired in the public mind, since it’s likely Musk would clash with this new board over allegations that his reworking of Twitter promotes “fake news.”

The Supreme Court leak brings to mind a personal incident of a couple years back. I had submitted an election commentary to a certain Catholic journal, in which I disagreed with the U.S. Bishops.

Their Excellencies had maintained that the key issue in the election was abortion. My take was that, while abortion was certainly of critical importance, the key issue was really freedom of religion, which is linked in the First Amendment to freedom of speech.

I saw what was being done to the First Amendment by Twitter and other online outlets, along with the malignant growth of so-called “Cancel Culture.” And my argument was that if we can’t rely on our right to speak freely in defense of religious principles, then we won’t be able to preach on the evils of abortion, or the evils of genocide, or the evils of unjust imprisonment, or the evils of denying human beings their basic rights and dignity.

In short, we won’t be able to uphold any point of Judeo-Christian morality that might diverge from government policy.

Ironically, I was canceled for my effort. The essay never ran.

It’s pleasing to think that we may see genuine progress on curtailing abortion (as suggested by that Supreme Court leak). And I’m guardedly hopeful about the prospect of Twitter supporting free speech. But the idea of creating an official Disinformation Governance Board places a strict limit on my optimism.

If this effort isn’t opposed by Congress — if it’s allowed to stand — we will be facing very dangerous times indeed. I would go so far as to say this is the most dangerous threat to our democratic system, and to our personal freedom, the nation has ever faced.

The hazards of such a government power grab cannot be overstated. The censorship tactics of online outlets would pale in comparison. Elon Musk’s effort to reform Twitter would be meaningless.

Naturally, Homeland Security Secretary Alejandro Mayorkas has insisted that the board’s focus will be entirely on disinformation propagated abroad.

Not to worry, he assures us. This has absolutely nothing to do with the free speech rights of Americans.

The first question that comes to mind is: Who determines what is disinformation? The second is: Where’s the line between foreign and domestic? If an American outlet repeats some bit of alleged “fake news” generated overseas, will it be considered an agent of a foreign entity?

The third question is perhaps the most important: Can operatives of the current administration even be trusted to make such judgments? Remember, this is the crowd that pushed unproven (and highly suspicious) vaccines, while restricting the use of therapeutics like Ivermectin, Hydroxychloroquine, and monoclonal antibodies, which were shown to be effective in many Covid cases.

The Disinformation Governance Board must be stopped. We have reached the limit of political power, beyond which we dare not go.

I urged you to contact your senators and representatives — of whatever party — and demand that Congress oppose this measure. Support your demands with letters to media, from local newspapers, to blogs and online journals. Call in to radio talk shows. Post on Facebook, Instagram, and other social media.

Push Elon Musk to implement his intended changes to Twitter.

Call your friends and relatives. Speak at meetings of clubs, church groups, and your PTA.

I realize that a lot of people are wary of warnings they consider “conspiracy theories.” Well, this is no conspiracy theory. It’s a clear and present threat to the nation and to the Church. Indeed, it’s a danger to the Gospel itself.

Our freedom of religion and of speech are in peril. The time to act is now.

This essay is based on a homily delivered by Fr. Orsi. It can be viewed online.