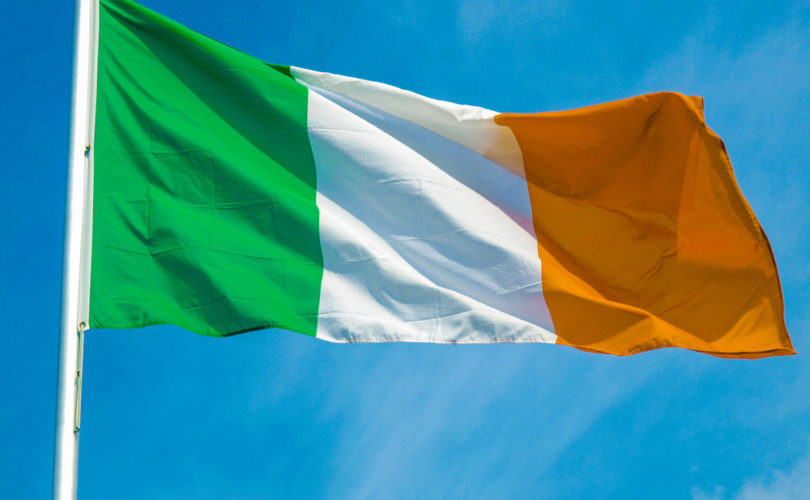 May 21, 2015 (HLI.org) — The fate of traditional marriage hangs in the balance as voters go to the polls on Friday, March 21 for a referendum on “marriage equality.” If passed by popular vote, the measure will legalize same-sex marriage and threaten traditional marriages and families. Gay marriage advocates strategically pushed the same-sex marriage agenda using on a widely-hailed study published by California professors, which has now been retracted due to fake data.

“It would be a tragedy now if Ireland were to choose a path which ultimately brings about destruction of the family and society,” said Fr. West, vice president of missions for Human Life International. “God’s plan for marriage and family does not include the approval of same-sex unions,” he said, explaining that voting for such measures puts Catholics in direct conflict with the teachings of Jesus Christ and the Roman Catholic Church.

It has been reported that many believe God will send a sudden divine chastisement to show his displeasure over the same-sex marriage referendum due to the message from an appearance of the Blessed Virgin Mary in Knock, Ireland in 1879. The manifestation is considered Ireland’s reward for the people’s strong fidelity to family life after centuries of persecution, and an encouragement for the Irish faithful to persevere against the Culture of Death.

“Supporters of same-sex marriage agenda scoff at such predictions, but in truth these matters are up to God. It is more likely that the denigration of marriage and family life will lead to a deterioration of society, a growing coarseness, and lack of solidarity,” said Fr. West.

But no matter what the voters decide, Fr. West said, marriage will always be a union between one man and one woman committed for life and open to the transmission of human life made in the image and likeness of God, a point recently affirmed by Pope Francis: “Jesus teaches us that the masterpiece of society is the family: the man and the woman who love each other.”

The dire situation in Ireland begs of the world’s faithful to pray and fast, said Patrick McCrystal, director of HLI Ireland. The Irish have already embraced contraception, abortifacients, divorce, abortion, pornography, secular sex education, and possibly this week, the redefinition of marriage.

“All other arguments aside, this “marriage” referendum vote is about whether or not the Irish people accept God’s law.” He said Ireland’s constitution will incorporate the marriage equality wording if same-sex marriage is legalized, referring to an online resource, Who Am I to Judge, to provide key information that is often omitted from discussions about homosexuality and its impact on society.

HLI Ireland supporters have planned events on the eve of the marriage referendum, said Mr. McCrystal, including fasting on only bread and water and praying to uphold God’s plan for marriage. Otherwise, he added, simply skip one meal for this same intention. Additionally, all-night vigils have been planned in ten different locations.

Though polls currently show that approximately 75% of Irish support the so-called same-sex marriage, but the polls could be wrong, said Fr. West.

He encourages all to pray for Ireland to be faithful to the Catholic faith brought to that land by St. Patrick:

“Let us pray to our Lady of Knock, that she may touch the hearts of the Irish people and that they will persevere in their fidelity to God’s plan for marriage and family life and thus preserve their nation.”