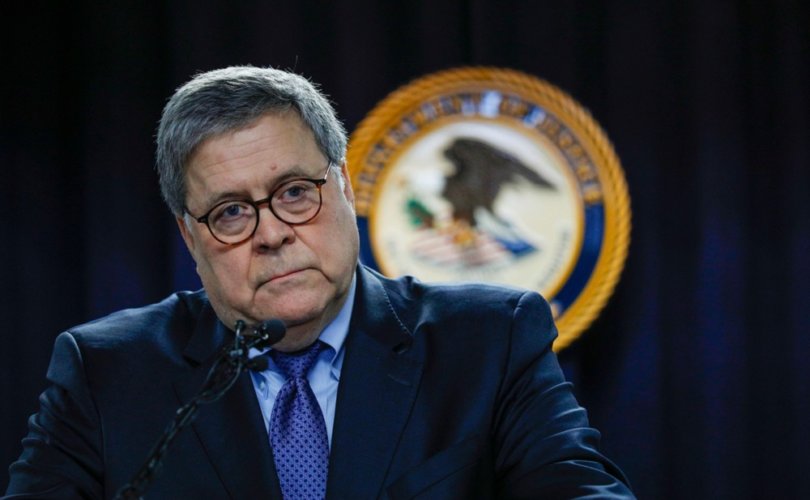 December 24, 2020 (American Thinker) — William Barr is going out of office as attorney general in a blaze of disgrace, not glory. Answering a reporter's question Monday, he told the world that he sees no need for a special counsel for the Hunter Biden investigation. His position is completely inconsistent with his logic in appointing John Durham as special counsel and raises very distasteful questions about what is really going on.

So he thinks the investigation is “being handled responsibly and professionally,” so “[t]o this point I have not seen a reason to appoint a special counsel and I have no plan to do so before I leave.”

But in announcing Durham's appointment, Barr said appointing him as special counsel would “provide Durham and his team some assurance that they'd be able to complete their work regardless of the outcome of the election.”

Rhetoric from Jen Psaki and others on the Biden team that Biden would not interfere in the investigation is meaningless. As a friend of mine observed:

If Biden's AG follows the normal practice of replacing all the US attorneys, Biden does not need to interfere in the activities of the Justice Department for the new AG and the replacement US attorneys to know their boss would rather that there not be a serious investigation of his son.

So why would Barr not support a special counsel now, when he appointed Durham in October and announced the appointment after the election? If carrying the investigation through a new presidency was a concern for Durham, why isn't it for the Hunter scandals?

Giving Barr the benefit of the doubt, he may fear that a special counsel ties up an administration and wants to avoid that for Biden, assuming he is inaugurated. The Russia hoax focuses on the Obama administration (of which Biden a member), so Biden will still be hobbled. But his potential liability is far greater for Hunter than it is for Russiagate. After all, we are talking about massive potential bribes, like the $5-million non-recourse loan from China to a Biden-controlled business entity and the billion-dollar-plus investment fund placed in Hunter's hands, on which yearly fees would amount to millions of dollars, even if invested in Treasury notes.

My deepest fear is that the root of Barr's position may be that pulling on the thread of Chinese bribes to officials — direct or indirect via family members — may unravel the entire cloth of elective and appointive officialdom in the federal government, delegitimizing the whole enterprise. We know that China's efforts to recruit, cultivate, and assist the rise of officials extends down to the city council level in suburban towns and has been ongoing for decades. How many others have been ensnared in compromising ties, in both parties?