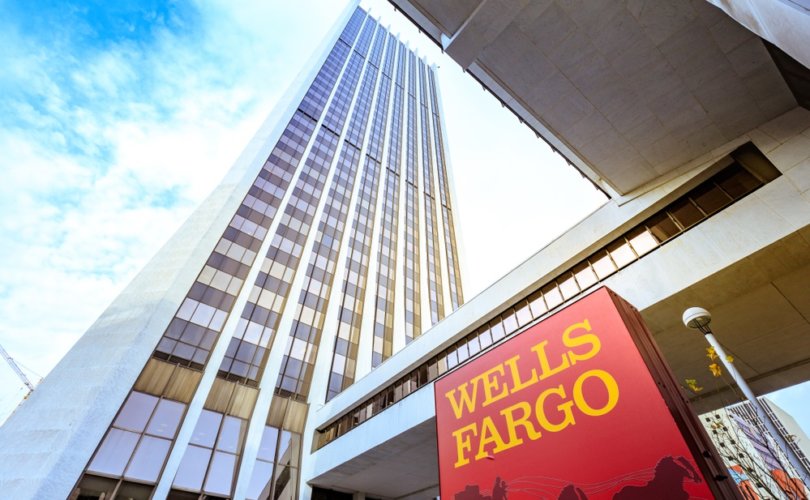 February 6, 2020 (FRC Action) — What kind of people would kick needy kids out of good schools? Big Business, that's who. In Florida, companies like Wells Fargo and Fifth Third Bank are dropping out of a scholarship program — all because some of the private schools have religious beliefs. Apparently, these CEOs think the LGBT agenda is more important than giving low-income kids the chance to succeed. Unfortunately for them, most parents across the state disagree — and aren't about to let the vouchers go quietly.

At a rally this week in Tallahassee, pastors had strong words for anyone — bankers or otherwise — who would sacrifice poor children on the altar of radical sexual politics. “I see people who claim to be fighting for social justice who don't even blink at the thought of using low-income children … as pawns,” Rev. H.K. Matthews thundered into the crowd. Almost 109,000 students take advantage of the program that Wells Fargo and Fifth Third would cripple over their ridiculous demands for “inclusion.” Demands, Senator Marco Rubio (R-Fla.) pointed out on “Washington Watch,” that show where their true priorities are.

This program, Senator Rubio said, has become “very personal to me… I now know dozens and dozens of families that have benefited from it.” The idea that the rug would be yanked out from under them, just because a school believes what the Bible says about gender and sexuality, is an absolute outrage. “How it works is: you're a low income family. It gives you the opportunity — not just to take them out of a school you don't like — but to put them into a learning environment that's going to provide them opportunities for courses and to be around an educational environment they would never have the chance to go to if they didn't make a lot of money. And I've seen some of these kids that used a scholarship and graduate go on to the Naval Academy, to West Point, to Harvard, to some of the best institutions in the country. They never would have been able to have those opportunities that came from going with those schools.”

“Now here comes Wells Fargo, this great beacon of morality,” he says sarcastically, “who's been caught just a few years ago fraudulently opening up accounts, savings accounts, checking accounts on behalf of their clients so they can charge them fees and all that. And here they come now basically saying, 'We're no longer going to donate to the program because we don't like the fact that some religious schools [have] policies that align with the doctrine of the church…” Of course, they call these “anti-LGBT policies,” when in reality, they're just affirmations of biblical teaching on sex and marriage.

And guess what, Senator Rubio asked? If a student doesn't want to take the scholarship and go to a school with those beliefs, they don't have to. The parents choose which school they go to. So it's not as if these beliefs are being forced down children's throats. And yet, these two banks — along with a chorus of Democrats in the legislature — are willing to destroy these students' futures over it.

“What really sets me off,” Senator Rubio fumed, “is [that what they did] is not going to hurt those schools. Those schools are not going to abandon the Bible over a government program if they existed before this program… [W]ho they're hurting are low-income kids, because they're not going to be able to go to these schools [if they don't get the funding.] …There are kids [who] may lose their scholarship [next year], [who] may be told, 'You can no longer attend the school you're attending… because we don't have enough money this year for you because we lost two donors.' So it's just a reminder that what you often see now in corporate America is that they believe they can buy themselves into the good graces of broader society or cover [up for their scandals] by [caving] to some pressure and bullying from radicals on the Left.”

It's an astonishing statement by Big Business that they're willing to sentence thousands of children to lives of poverty to cater to the .6 percent. That's disgraceful, especially at a time in this country when the test scores in our public schools are declining — and the performance gap is widening. Programs like Florida's matter to kids where education is the only lifeline. Former Secretary of Education Bill Bennett and I talked about this extensively late last year. For families who don't have the money to pull their kids out of public school, these programs are a way for children to rise above their circumstances and find success.

As President Trump said Tuesday night in the State of the Union, “No parent should be forced to send their children to a failing government school.” If the executives at Wells Fargo and Fifth Third really cared about inclusion, they'd give every Florida student the opportunities their own children have. Instead, they're putting their sons and daughters in elite schools, and then turning around and locking less fortunate children out — all to score “wokeness points” on this phony crusade against “hate.” Obviously, Big Business (like the Left) doesn't care who they hurt, as long as it appeases the radical mob.