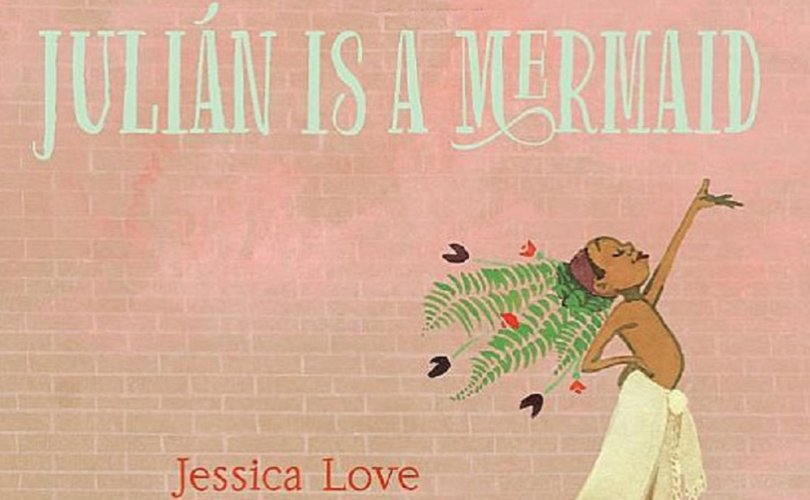 October 18, 2019 (MassResistance) — In Chula Vista, CA, MassResistance parents forced two politicians on the City Council to reveal their ugly (and irrational) anti-family vitriol, resulting in parents getting even angrier at them.

In Part 1 we described how outraged MassResistance parents and citizens angrily rebuked the City Council members at their Sept. 10 meeting over the Drag Queen event at the local library.

During the Oct. 1, 2019 meeting of the Chula Vista City Council the openly homosexual City Council member and the Mayor went on a foul rant against MassResistance and the local parents who oppose the Drag Queen event — calling their statements about it “hate speech,” “long discredited,” and “disgusting.”

Parents reacted to the insulting remarks by coming back the following meeting and testifying with even more powerful rhetoric. (See video here or below.)

Public support for anti-Christian bigotry. The two officials, Council member Steve Padilla and Mayor Mary Salas, have publicly supported the vulgar anti-Christian LGBT activists who had “counter-protested” against the parents in September.

LifeSite editors' note: A photo of one sign held by the “counter-protester” is too disgusting to reprint here. You can find it, with our warning, at the original MassResistance story.

Even after this happened, the Mayor publicly reiterated that she “stands with Steve Padilla” in support of it. If that's not repulsive enough, Padilla has also smeared the parents as “white supremacists” — even though about half them are non-white.

The outburst came near the end of the Oct. 1 meeting when Council member Mike Diaz asked that the Council officially discuss the “Drag Queen” issue and devise a policy to allow more citizen input before any controversial event. (During the public testimony earlier in the meeting several parents had also asked the Council to do that.)

That's when the fireworks erupted.

He said that “the recognized hate group MassResistance” is “trying to mislead folks here in Chula Vista.” He said that based on emails that he and others have seen, MassResistance has a “national playbook by which they would attack communities” doing Drag Queen events, and would “go after political leaders who support those programs.” He said that part of the playbook is to push for “a review before controversial programs of this nature” take place. He added that this is all part of “the ugliness that we had a couple of weeks ago.” (In reality, all the ugliness was by the LGBT activists.)

Padilla went on to attack the parents who had come to testify:

The folks who are protesting this program are using this to advocate a religious and moral point of view.

They are spreading information which is not accurate which continues to … sustain memes long discredited aimed at marginalizing the LGBTQ community. We heard them re-state it again today in this chamber — that LGBT folks, or Drag Queens, are a danger to small children. That their physical proximity to small children might make them vulnerable to sexual predatory practices. That they are trying to indoctrinate people into being homosexuals. And so on and so on. This is hate speech … and this has been long discredited by most of science.

He reiterated that the parents don't really care about children; they just want to push their morality:

The objection to the program is not about protecting children. It really isn't. And it isn't because our programs aren't adequately vetted.

He went on to question “who determines what is considered controversial.” He also tried to claim that the Constitution allows these programs no matter what morality it may violate.

The hate in his tone was frightening.

Mayor Mary Salas than spoke. Her tone was arrogant and nasty. She started by stating that the Drag Queen event was basically harmless, and the complaints are basically “hate.” (This was later angrily refuted by a few parents who were there and also observed the event.)

I'm not going to support it either and I really feel badly for some of the people that came here and spoke because they weren't there at the story hour and didn't see the content. They didn't understand that the stories were vetted by our librarian. They didn't understand that the performers were vetted out and there were background checks on these people.

The representation that it was adult entertainment for children was totally wrong. I was there. I heard the story. There was no encouragement of any kind of a lifestyle. A lot of the people that came here are misinformed by people that are spreading this kind of discourse and this kind of simply put hate. … We are an inclusive city.

Salas sneeringly lashed out at the parents who were coming to testify:

They [the parents] had their opportunity to be heard. I'm sure that we will hear from them week after week after week, as we do on some people on other issues that they object to.

The other three Council members react (or don't react)

Jill Galvez turned to Padilla and Silas and said, “This is a tough thing to discuss, and there's just all kinds of hurt going back and forth on both sides. There's hurt and insults flying on both sides.” But she said that people should instead go before the Library Commission, which advises the City Council.

Mike Diaz basically backed down and told Steve Padilla that he had a rainbow flag in his office, so he's not a hater. But he also reminded Galvez and Padilla that there had been no transparency on this because the Library Commission had mysteriously not met for several months leading up to the Drag Queen event.

The fifth member of the board, John McCann, was silent, although privately he has indicated he is against the event.

So the suggestion for a public discussion by the Council died there.

One of the most frustrating aspects of this is that of the 5-member City Council, we actually have a majority. That proposal should not have been killed. The other three members have all privately indicated to MassResistance that they agree with us. But Council Member John McCann, even though he is a Republican and a church-goer, has been cowardly and refuses to publicly take a stand or say anything on it. People in his district are furious with him.

At the following meeting on Oct. 8 the parents came back in force. And not surprisingly, Council member Steve Padilla was absent. The Mayor was wrong — several parents were at the Drag Queen event. The Mayor and the others really got an earful — especially about what really went on at the event, as well as the disgusting anti-Christian messages that are being supported.

Here is just a sample of what the parents told them:

VIDEO (view here or above): Outraged parents come back and lash out! (14 min 1 sec)

Padilla's attacks were disingenuous on several levels. As one local parent testified:

It's worth reminding the City Council as well as the public that Mr. Padilla was married and [his wife] gave birth to a child. Now he lives the homosexual lifestyle. Clearly, people are not born gay! Let's be sticking to science, please.

What really happened: the Mayor versus reality

And what about the Mayor's claim about storybook and the Drag Queens being “vetted” by the librarian? If that's true, things are even worse than we suspected.

Dressed in drag, they were introduced to the children as “performers.” Illustrations were displayed on a screen as Soto and Aceves read “Julian is a Mermaid,” a story about a young boy who decides to take on a female persona. They also read “It's Ok To Be Different.” …

[Soto and Aceves] call themselves “The Hottest Exxxotics” in “DL Bros,” a music video they produced about gay bar hookups. As the group name suggests, their songs contain sexually explicit lyrics, including [unprintable].

The Cambridge Dictionary defines “twink” as a “gay man who is young, slim and looks like a boy.” … Five months ago they posted a video on YouTube with a scene from a strip club that shows nudity. Mayor Salas did not respond to a question about whether people who publicly post such content are appropriate public library storytellers for children.

Illustrations from “Julian is a Mermaid” that were shown to children at the library included multiple pages of Julian undressing to his underwear; before he turns into a mermaid, again when he takes a bath, and before he finds a sheet to wrap around his waist. (In the most-liked comment about the book on goodreads.com, Carol said it “makes me uncomfortable… every time you turn around Julian is stripping down to his skivvies and putting on makeup.”)

This is what Mayor Mary Salas considers to be perfectly normal and family-friendly — and anyone who disagrees is misinformed and a “hater.”

And this is what parents in Chula Vista, CA, are up against.

It's rare that officials resort to such crude behavior during a public meeting. It usually means that the pressure from the community is getting to them. One can expect that a capitulation of some kind from them is not far away. But until then — especially after this — they should expect the pressure from local citizens to escalate.

Citizen outrage toward these politicians due to their depraved actions against their constituents will certainly continue in several forms. Padilla was right about one thing: MassResistance does have strategies and tactics to deal with this. We believe that this City Council will eventually cave in. They just need enough pressure from the community — which is overwhelmingly against this hideous event. Their arrogance will be their undoing.