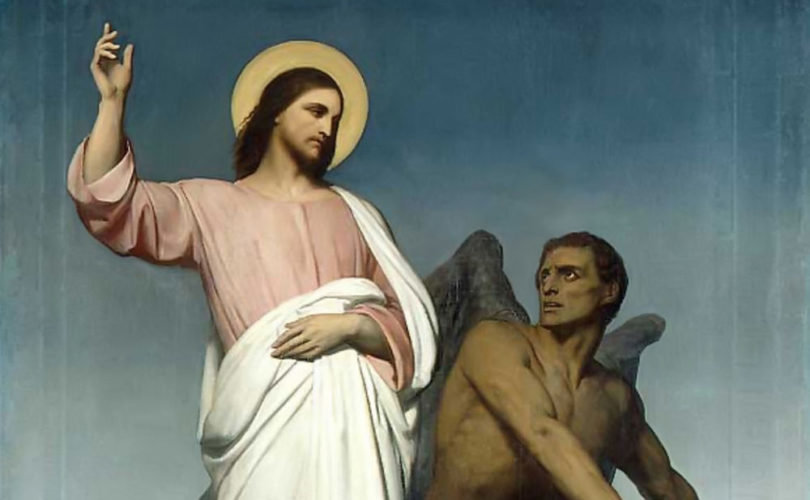 April 18, 2018 (LifeSiteNews.com) – While it is easy to identify bold personalities that enjoy a good fight, and others that shrink shyly from any kind of confrontation, psychologists do not find it easy to define the middle type that tries to control without seeming to do so. If it is hard to define “passive aggression,” you can recognize the indirect expression of hostility when you see it at work: sullen, procrastinating, self-pitying, cold, and silent in a way that is far from golden.

It is wonderful that the Risen Lord did not say to the trembling apostles in the Upper Room, “I told you so.” There is no tone of vengeful vindication or even the slightest condescension. He just serenely explains how these events had to be. The Lord has an assignment for the apostles, just as he offers each of us a plan for life. And he takes us seriously, asking only that we take him seriously in return. That is why he shows his wounds. They have not vanished in the glory of the Resurrection, for they are reminders that the new course of history will be fraught with challenges for which the Church must be prepared.

On June 28 in 1245, Pope Innocent IV convened an ecumenical council in Lyon, France, where he would stay for several years for safety from the emperor Frederick II. He opened the council with a sermon on the Five Wounds of the Church. They were 1) public heresy growing out of personal immorality, 2) the persecution of Christians by Muslims, 3) schism in the Church, 4) the invasion of Christian countries by unbelievers, and 5) attempts of civil governments to control the Church. Does this sound familiar?

In Pope Innocent's day, lax and immoral Catholics were trying to justify their lifestyle by “paradigm shifts” in doctrine, Muslims were terrorizing Christians in the Middle East, the rift between Western and Eastern churches was growing and would not be checked even by the attempt of a second Council of Lyons some thirty years later, Mongol hordes were invading Hungary and Poland, and the holy Roman emperor was claiming political authority over the bishops.

The French philosopher and mathematician, Blaise Pascal, said: “Jesus will be in agony until the end of the world.” Having risen from the grave, he can die no more, nor can he suffer as he once did. But the Church is his body, and “inasmuch as you have done it to one of the least of these little ones, you have done it to me.” Christ's supernatural agony is a triumph of divine love for those whose salvation he bought with his own blood. He is not passively aggressive, because his confrontation in every age is a direct one against “the Devil and all his pomps.” There is no need for revenge, for to get even is never to get ahead.