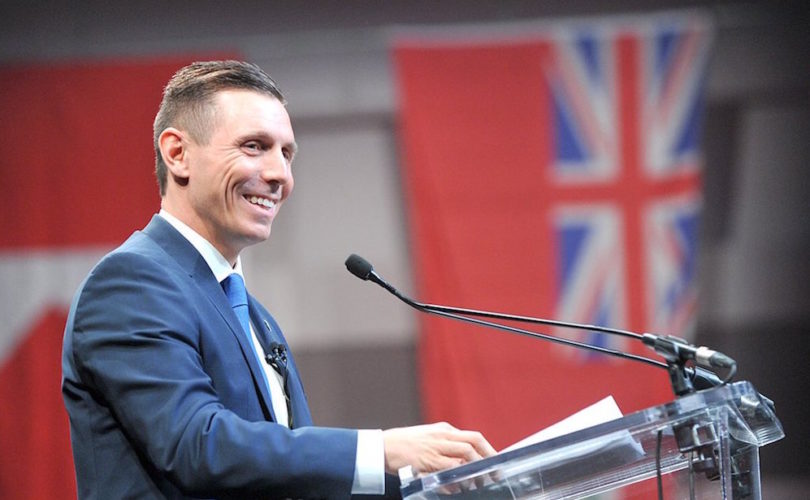 November 24, 2016 (LifeSiteNews) – A lesson I continually try to impart to my children is that in life there will be times when you will lose, and when you do, accept that loss graciously.

While you might think I’m about to launch into a diatribe about recent post-election activities south of the border – you can relax – I’m not. My focus is on the recent byelection loss of Progressive Conservative candidate Andre Marin, and his offensive words that followed.

As reported, Marin declared that social conservatives need to be put “in their place” by PC leader Patrick Brown, as they constitute “a threat to the party.”

That’s some rather incendiary language coming from our former provincial Ombudsman.

I’m going to assume by “social conservatives” Mr. Marin is referring to the hundreds of thousands of concerned parents in Ontario, who think they ought to have been consulted prior to Kathleen Wynne forcing her age-inappropriate sex-ed curriculum upon their children.

If only we had an unbiased third party, say an Ombudsman, who would have stood up for fair process and parents (nudge, nudge, wink, wink).

So to Mr. Marin, I ask: Is it I who you want to put in my place? Apart from the misogynistic undertones of your statement, how exactly would you like to put me in my place?

Welcome to pluralism, where people are free to have opinions on a plethora of issues. I should hope that parents ought to have authority over their own children. And when parents feel their child is being put into harm’s way – say by an age-inappropriate, arguably abusive curriculum, you should expect outrage, or at the very least differing opinions.

Therefore, in late August, when Patrick Brown infamously flip-flopped on his promise to “scrap” the sex-ed, the fiasco I like to refer to as “Lettergate,” he instantly stirred up a hornets’ nest of angry parents.

So it comes as no surprise that Patrick Brown’s hand-picked candidate for the Ottawa-Vanier by-election, Marin, would further the anger of concerned Ontarians with his brazen suggestion that “social conservatives” need to be “put in their place” and that they are a “threat to the party.”

This divisive language – this tone – is stifling to democracy, and is a slight against parents who have real concerns with this curriculum. Marin’s rhetoric, left unchided by Patrick Brown of course, sends the message to parents that if you have a different opinion, you better get out of the way.

Another lesson for my kids – watch out for bullies.