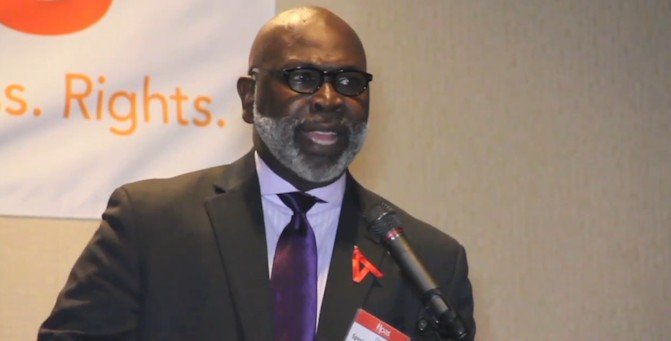 May 16, 2017 (Albert Mohler) — To the utter consternation of the abortion rights movement, the issue simply will not go away. Decades after they thought they had put the matter to rest with the Roe v. Wade decision, America’s conscience is more troubled than ever, and near panic appears regularly to break out among abortion activists. Such a panic is now underway, and the defenders of abortion are trotting out some of their most dishonest arguments. One of the worst is the claim that Christians have only quite recently become concerned about the sanctity of human life and the evil of abortion.

In fact, one of America’s most infamous abortion doctors, Dr. Willie Parker of Mississippi, has made such a claim in his new book, Life’s Work: A Moral Argument for Choice. Parker, who refers to himself as a Christian, writes: “If you take anti-abortion rhetoric at face value, without knowing much about the Bible, you might assume that the antis have Scripture on their side. That’s how dominant and pervasive their righteous rhetoric has become. but they do not. The Bible does not contain the word ‘abortion’ anywhere in it.”

This is the same argument we so often confront on sexuality issues. We are told that Jesus never said anything against same-sex marriage. The disingenuous nature of this argument is fully apparent when we look to a text like Matthew 19:3-6. Jesus makes abundantly clear that God’s intention “from the beginning” is that humanity, made male and female, should united in marriage and “the two shall become one flesh.” As Jesus continued, “What therefore God has joined together, let not man separate.” That should settle the matter.

Similarly, Dr. Parker claims that the Bible does not even mention abortion as a word, which is quite true but irrelevant. The Bible consistently reveals life as God’s gift and mandates the protection of human life, made in God’s image, at every stage of life and development.

As you might expect, Dr. Parker would not change his argument even if the Bible did condemn abortion by name. Why do I say this? Dr. Parker’s words speak better for themselves: “As an inspired document, the Bible is full of guidance for me about justice and love. But as a historical document, the Bible is a ruthless, unsparing record of the historic misogyny of the early Jewish and Christian people.” Later in his book he attributes the pro-life position to preoccupation with regulating sexual behavior and “a rigid reading of Scripture that invites no questioning or interpretive consideration.” It is only by undermining the Bible’s authority that he can make his pro-abortion argument.

Even more recently, Nicholas Kristof, an influential columnist for The New York Times, affirmed Dr. Willie Parker in his column, approvingly quoting Parker as he states, quite astoundingly: “I believe that as an abortion provider, I am doing God’s work.” Kristof is well known as a humanitarian, a defender of human rights and human dignity. The great tragedy is that his humanitarian vision does not extend to unborn human beings. He celebrates Parker as a doctor who had a “come to Jesus moment,” turning from pro-life conviction to performing abortions. He now believes it is “morally right” to perform abortions.

“If that seems incongruous,” Kristof writes, “let’s remember that conservative Christianity’s ferocious opposition to abortion is relatively new in historical terms.” He goes on to make Parker’s argument that the Bible “does not explicitly discuss abortion” and proceeds to states “there’s no evidence that Christians traditionally believed that life begins at conception.”

What is the truth? Let’s begin with where Kristof’s punch lands with force. He makes the case that America’s evangelical Christians came late to a consistently pro-life position. On this he is absolutely right. He is able to document the equivocation and confusion that abounded within evangelicalism, from the annual meetings of the Southern Baptist Convention in the early 1970s to the pages of Christianity Today. An embarrassing number of prominent evangelical preachers held to “moderate” views on abortion and speculated about when life begins and thus deserves protection. That did not begin to change until the latter years of that decade, when the biblical and theological logic of the pro-life position began to take hold of the evangelical mind and heart.

At this point we need to separate two issues that are confused in both Parker’s and Kristof’s argument. The first is the historic Christian understanding of the morality of abortion. The second is the question of when what some theologians have called “ensoulment” takes place. As for the second question, though it was a matter of intense speculation in late antiquity and the medieval age, it is not a helpful theological question, nor is it answerable. The only consistent biblical logic is to affirm the sanctity and dignity of every human life from the moment of fertilization.

As for the first question, the evidence is irrefutable. The early church was decidedly, vocally, and courageously pro-life and opposed to abortion. One of the earliest documents of Christianity after the New Testament is the Didache, dated to around A.D. 80-120. The teaching describes two ways: the way of life and the way of death. The way of life demands that Christians “shall not murder, you shall not commit adultery, … you shall not murder a child by abortion nor commit infanticide.” Both abortion and infanticide were common in the Roman Empire. Christians were forbidden to murder any child, born or unborn. The way of life honors the sanctity of life.

Clement of Alexandria (A.D. 150-215) made clear the sin of women who “in order to hide their immorality, use abortive drugs which expel the matter completely dead, abort at the same time their human feelings.” Tertullian (A.D. 160-240) taught even more comprehensively: “For us, we may not destroy even the fetus in the womb, while as yet the human being derives blood from other parts of the body for its sustenance. To hinder a birth is just a speedier man-killing; nor does it matter when you take away a life that is born, or destroy one that is coming to birth. That is a man which is going to be one; you have the fruit already in the seed.” These two are just examples of a pro-life position rejecting abortion that included — at the very least — Athenagoras, Hippolytus, Basil the Great, Ambrose, Jerome, John Chrysostom, and Augustine.

As ethicist Ronald Sider commented, “Eight different authors in eleven different writings mention abortion. In every case, the writing unequivocally rejects abortion.” The most comprehensive survey of early Christianity on the question of abortion comes from Michael J. Gorman in Abortion and the Early Church. As Gorman states, “all Christian writers opposed abortion.” Every mention of abortion in the early church rejects it, forcefully.

The Apostolic Constitutions, a document from the fourth century, asserts: “Thou shalt not slay thy child by causing abortion, nor kill that which is begotten. For every thing that is shaped, and hath received a soul from God, if it be slain, shall be avenged, as being unjustly destroyed.”

Gorman writes: “Writers of the first three Christian centuries laid the theological and literary foundation for all subsequent early Christian writing on abortion. We will see that three important themes emerged during these centuries: the fetus is the creation of God; abortion is murder; and the judgment of God falls on those guilty of abortion.” Those three convictions lie at the heart of the Christian pro-life consensus that came together after the shock of the Roe v. Wade decision in 1973.

The shame is not that evangelicals hold these pro-life convictions now. The shame is that there was ever any evangelical equivocation on such a matter of life and death and human dignity. Furthermore, there can be no question that historic Christianity condemned abortion and affirmed the sanctity of human life, born and not yet born.

Let there be no confusion on this question. The Bible reveals the sanctity of all human life; the early church affirmed the sanctity of every human life; and anyone who performs an abortion is not “doing God’s work.” Rather, he is undoing it. As the Didache, echoing Deuteronomy, reminds us from so long ago — we are to choose the way of life, and never the way of death.