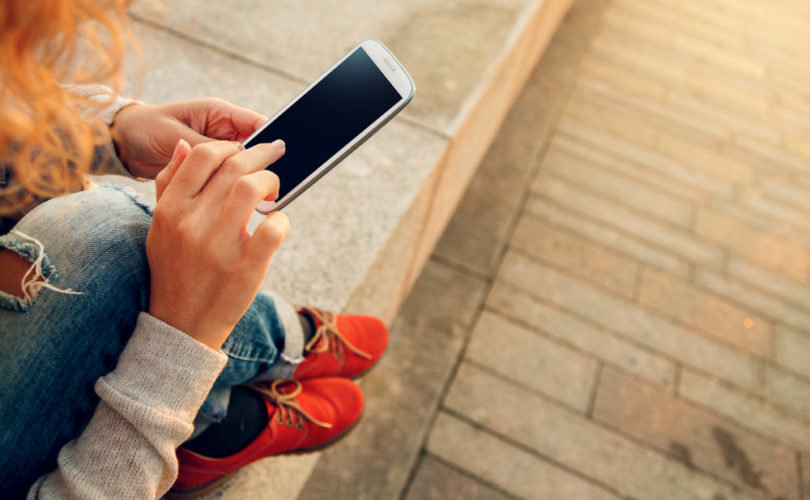 September 30, 2015 (LifeSiteNews) — An organization calling itself the “Tabbot Foundation,” itself an intent to mock recently-ousted, pro-life Prime Minister Tony Abbott, is now offering cut-rate tel-abortions to Australians without any challenge from the often cutthroat Australian news media.

“The Tabbot Foundation has been launched to provide Australia wide telephone assessments for abortions,” reports one news outlet, adding that those who pass a pro-forma phone quiz from an in-house doctor and psychologist will be mailed a fatal dose of mifepristone, or RU 486 pill.  But this story, and apparently all others from the Australian and world media, displayed not one ounce of curiosity about what pro-life Australians thought about this or about the who, when, where, what, and how of the Tabbot Foundation.

On its own website The Tabbot Foundation says nothing about itself: not its governance, not its financing, not its staff, not its ownership, not its tax or charity status. Nor is anyone asking.

Several outlets reported happily, however, that the foundation is named ironically after former PM Tony Abbott, who as health minister a decade ago fought in vain against Mifepristone’s introduction. Earlier this month Abbott was ousted from the prime ministry by the Liberal caucus.

The quick, sanitized reportage couldn’t bode better for the Tabbot Foundation’s profit margin—if indeed it intends to make a profit. Even basic features of the process have been omitted by most stories. This is typical, according to the abortionpillrisks.org:  “Though reference to mifepristone as the ‘abortion pill’ makes early medical abortion sound like a simple procedure, it actually involves the administration of two drugs on separate days, a span of several days before the abortion occurs and up to 2–3 weeks of bleeding and spotting.” The second drug needed is Misoprostol, which induces birth contractions artificially, forcing the fetus, whether alive or dead, from the womb.

Among the risks the website attributes to RU486 and Misoprostol: “incomplete abortion, continuing pregnancy, birth defects, bleeding and hemorrage, infection, death, severe pain, undiagnosed ectopic pregnancy, nausea, vomiting, diarrhea and damage to the uterus.” When sold as Mifeprex, Mifepristone containers carry the following warning: “Serious and sometimes fatal infections and bleeding occur very rarely following spontaneous, surgical, and medical abortions, including following Mifeprex* use. No causal relationship between the use of Mifeprex and misoprostol and these events has been established.” The labelling goes on to recommend “that the patient knows whom to call and what to do, including going to an Emergency Room,” if she experiences “sustained fever, severe abdominal pain, prolonged heavy bleeding, or syncope, or if she experiences abdominal pain or discomfort or general malaise (including weakness, nausea, vomiting or diarrhea) more than 24 hours after taking misoprostol.” Not that the manufacturers admit to any causal relationship.

Not to worry, the Tabbot Foundation has provided for many side-effects (except, um, death). Its kit includes, according to columnist Ally Hischlag, “anti-nausea drugs, painkillers, prophylactic antibiotics” and the fatal duo.

Tabbot Foundation’s website also makes the comforting boast that the telephone interview is a mere formality tailored to the requirements of each state. “Our clinical psychologist will ensure that the termination of pregnancy is justified under your state’s legislation in Queensland, New South Wales and Western Australia. We do not yet provide medications to Northern Territory or South Australia.” The drug will cost $250 and be available for the first nine weeks of pregnancy.

Tabbott further claims “Mifepristone has been safely used by millions of women in more than 50 countries who have had access to it for several years. It is a safer, less invasive procedure than the alternatives not just because it can be performed much earlier than surgical abortions, but because it can be done safely in the privacy of a woman’s home without surgical intervention.”

While defenders stress the appeal for rural women inconvenienced by the need to travel to see a doctor for surgical abortions, a Tabbot Foundation spokesman said these kinds of over-the-phone health services are becoming increasingly more common, and, as well as the cheap and accessible factor, the psychological effects some women might feel from visiting an abortion clinic are also diminished.

“Medical pregnancy termination through teleconference is one of the most appropriate medical conditions you can use this for because you don’t have to examine the patient,” he said. “It will also mean women who might have felt intimidated going into an abortion clinic don’t have to.”

Caught off guard, government officials scrambled for a response. In contrast, clearly, was Reproductive Choice Australia co-president Jenny Ejlak. She informed the news media that the Tabbot Foundation “had consulted extensively with lawyers to ensure it was not breaking any laws and putting women who choose to use the service at risk.” But government ministers said whether “telemedicine” met safety requirements would have to be determined.