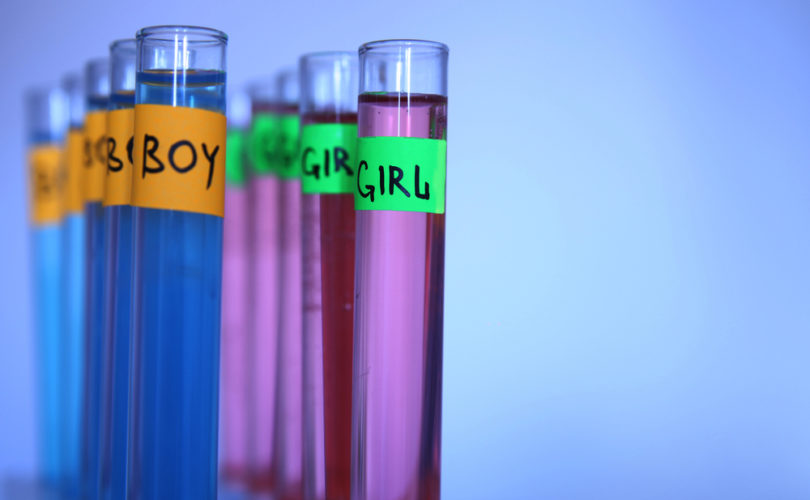 August 11, 2015 (ThePublicDiscourse) — I am, perhaps, an outlier on the current Planned Parenthood scandal. I am not shocked that high-ranking officials in an organization by that name would be caught on video speaking callously about the harvesting of fetal organs. The fact that money is exchanged, and the question of whether this constitutes a “market,” do not particularly matter to me. Well-educated people believe that “planned parenthood” can lead to a socially just world. That hubris is the main horror from which all these other abhorrent things descend.

The Monstrous Idea of “Planning”: From Roe to Obergefell

It is the “planned” part of the organization’s title that needs to be urgently criticized. What kind of society is so lacking in humanity that it thinks “parenthood”—a phenomenon responsible for, well, the perpetuation of everything social about us—can be regimented, organized, scheduled, commoditized, bought, sold, and programmed by people? And in particular, by the people running this soulless association? Stop for a moment and consider the intellectual consequences of this foundational belief that humanity can be “planned.” Such a belief means that humans can be edited and arranged, by contract if necessary. To be editable, people, particularly children, must become objects rather than subjects.

Once they become objects, children can be treated as dehumanized products in multiple ways, all bad. They can be disposed of, like integrated waste, when they are not convenient or not proceeding according to plan. Just as we recycle cans of Diet Coke and milk cartons, we can try to limit the wastefulness of our garbage by recycling the broken-down parts of people: their livers, hearts, lungs, and brains. All of this is management of objects, which costs money, so who is to say that there shouldn’t be some remuneration? Why not reimburse the people who are stuck with this waste for the cost of transporting and recycling it? Why not pay them a salary and make the salary attractive so that qualified professionals are indeed willing to take on such a ghoulish task?

The flip side of the disposable child, of course, is the child as a desired commodity. Since people can be thrown out when they are not convenient, they can also be manufactured and maintained through industrialized processes, when the natural process of lovemaking is not convenient. And alas, this leads us straight to the sublimities of Justice Kennedy’s majority opinion in Obergefell v. Hodges.

Kennedy’s opinion emphasized the constitutional right of gay couples not to be lonely. According to Kennedy, the Fourteenth Amendment assures that gay couples should be given marriage licenses lest they call out to the universe and find nobody to answer back to their emotional needs with love.

Obergefell brings Roe v. Wade to its climax because it completes the transformation of children into objects. For children will be forced to love gay adults who are not their parents. To Kennedy, gay adults have a right not to feel lonely, which includes the right to start families. In fact, he states that they have a right to “custody” and “birth certificates” (i.e., birth certificates falsified to include two same-sex parents and erase biological parents of the opposite sex). To satisfy the human right to dignity and to thwart the civil injustice of “loneliness,” children must be produced and provided to people who want them, whether or not those people conceived the child by making love.

Children not only can, but must be manufactured. The transfers of custody must generate orphans and abandoned children, paying gamete donors and surrogates to abandon and orphan their offspring, so that this new product—the loving and obedient human being—can be delivered to paying customers.

You can’t be against Roe but for Obergefell. It all goes together. The small but crucial part of the electorate—largely made up of younger Americans—who oppose abortion but support gay marriage are perilously deluded. The objectification of children through one means will lead inexorably to the objectification of children through another means. The “child as waste product” and “child as product for sale” are the same child: the dehumanized and “planned” child suited to make paying customers happy.

The wine-sipping doctor of Planned Parenthood didn’t come out of nowhere. This individual was dealing with people who claimed to be doing research with the fetal tissues. She was educated by a system that framed her brutal trade as not only acceptable, but just and fruitful.

Dr. Nucatola is the inevitable offspring of a society that has no way to discuss humanity, no real lens into the history of past atrocities, no true connection to all the arts and letters left by millennia of writers about what makes us human and why humanity is precious. She is the indispensable sentinel of the society and the educational system that gave us the twin disasters of abortion and gay marriage.

The shocking videos released about Planned Parenthood and fetal tissue trafficking give us a precious glimpse into our own society’s spiritual crisis. This crisis links abortion to gay marriage, third-party reproduction, and genetic engineering (originally designed for straight consumers and now increasingly fitted to the needs of gay couples). It is also connected to corruption in higher education. The importance of the academy is clear to the leftists who dominate and exploit it, but its influence is dangerously underestimated by conservatives, who often muse about its decline with harmless, detached indignation. In truth, like two other industrial crises starting with “H”—healthcare circa 2009 and housing circa 2006—the rotten foundation of our higher education system is about to crumble.

Republicans such as Scott Walker tap into conservatives’ frustrations with higher education and offer solutions like scaling back tenure and blocking the advancement of faculty bargaining units. While Walker is more humane than the vile monsters who run most of the arts and sciences these days, he is nonetheless feeding the very problem that fuels conservative frustration. Emphasizing the practicality of trade-based education at the expense of supposedly wasteful humanities programs, the Walker approach just reinforces the notion that older generations only need to teach younger ones about things that make money and satisfy consumers. This is precisely the unreflective attitude that gave us abortion and gay marriage.

On a brutally pragmatic level, stripping faculty of protections such as tenure and collective bargaining will not lead to the rooting out of junior Nucatolas. It will rather allow the liberals who dominate universities to gang up on the few conservatives who might stand for the sanctity of life. This danger is especially strong in fields such as literature, philosophy, and history, where the left is particularly emboldened to discredit the right, and where subjective evaluation criteria give them ample opportunity to do so.

Conservatives must do the difficult and tiresome work of taking back the humanities. In 1987, Allan Bloom foresaw an impending doom for the humanities before multiple forces, mostly coming from the political left, which seemed ready to take away their potential use in examining what it means to be human. As I explained in an essay for Humanum Review, Bloom was on to something. Yet even he did not foretell the vast spiritual devastation awaiting the United States and the diabolical role played by “researchers” and “experts.” The neoliberals’ domination of the humanities, which Bloom forecast as a dying “Atlantis,” has reached levels he never imagined.

Yet this does not mean that we should give up on the humanities. If you are outraged about Planned Parenthood and Obergefell, there is a battlefield where you can fight for humanity. It is time to take back higher education. Don’t give up on it when your fighting spirit is most needed.

Robert Oscar Lopez is author of Colorful Conservative: American Conversations with the Ancients from Wheatley to Whitman and editor of Jephthah’s Daughters: Innocent Casualties in the War for Family Equality. Reprinted with permission from The Witherspoon Institute.