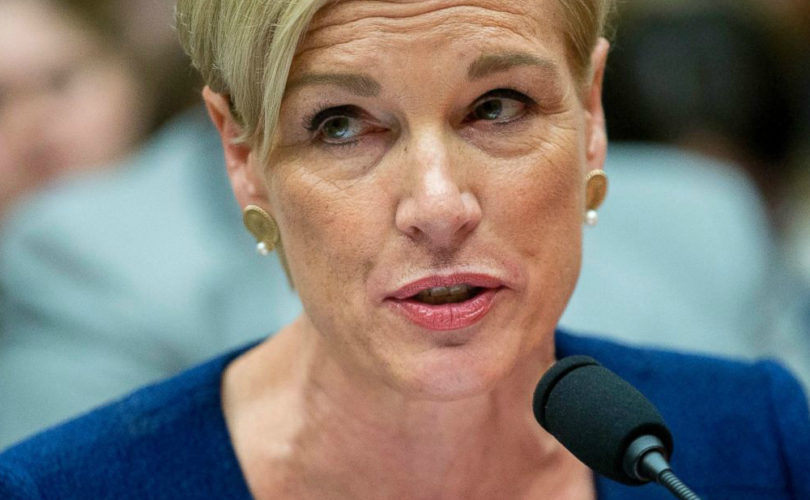 February 28, 2017 (BreakPoint) — It turns out that Planned Parenthood is not interested in seeing you if you’re planning to become a parent. So why do they keep insisting otherwise? Money.

In 2015, the pro-life Center for Medical Progress released a series of videos that showed Planned Parenthood executives haggling with undercover investigators about prices for fetal organs and tissue, which is illegal. Of course, Planned Parenthood denied everything, claiming that the money being discussed was for shipping and handling and that the videos were deceptively edited. But this “caught red-handed” moment was far from a first for America’s largest abortion provider—or a last.

Totally untrue. First, as Students for Life explained in a helpful video in 2014, the 3% claim is little more than book-cooking, which is a fancy term for lying. Planned Parenthood obtained this stat by counting each individual service separately—right down to handing women STD tests and condoms. That’d be like Burger King counting fries and ketchup packets and insisting hamburgers are only 3% of their business!

But Planned Parenthood had another whopper in store. According to Cecile Richards, the abortion giant offers essential non-abortion services including mammograms and “prenatal services.”

Well that first claim has been thoroughly debunked—in the Washington Post, no less. Planned Parenthood does not provide mammograms, and Richards admitted as much in a congressional hearing. Instead, Planned Parenthood refers women to healthcare providers who do offer mammograms. So much for that claim.

But what about “prenatal services,” which Richards and other supporters have repeatedly insisted Planned Parenthood provides? Well, my friend and pro-life activist Lila Rose and her organization “Live Action” recently decided to check that claim out. They contacted 97 Planned Parenthood facilities representing all 41 affiliates where undercover recording is still permitted by state law.

In a new video, they play phone calls and in-person conversations with Planned Parenthood branches. “Do you provide prenatal services?” asks the investigator, posing as a pregnant woman. The answers were consistent:

“We see pregnant women, um, you know, if they are considering other options,” said a New Mexico affiliate, sheepishly.

Of the 97 centers contacted, all but five said to look elsewhere for prenatal care. So it’s clear: Planned Parenthood is not interested in seeing women who want to keep their babies. Just in seeing those who want them killed. Clinic managers know what they do. So why doesn’t Cecile Richards?

It’s a vital question to ask as Congress considers plans to strip the organization of federal support. With a ban on abortion funding making its way to the president’s desk, we need to be asking: Why should Planned Parenthood still be receiving taxpayer dollars? Until now, the nation’s largest abortion provider has pointed to its other services as the reason it deserves our money.

But in the wake of this new investigation, we should be asking: What services exactly are they talking about?